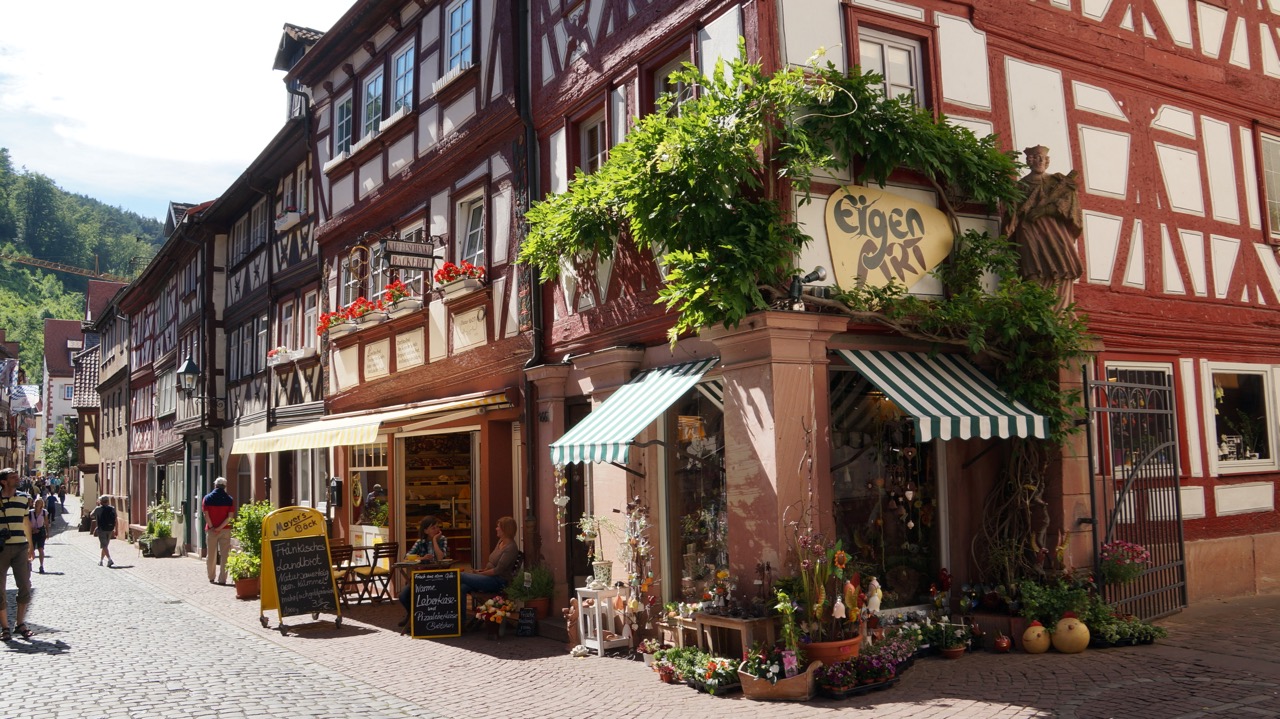 We arrived today in a romantic, pretty, little medieval town, paved with smooth grey bricks, and colorful half-timbered houses in pristine condition with a colorful market square. This area was settled by the Romans back in 2AD, but most of the buildings that stand today were built in the 16th and 17th century.

This was Miltenberg’s most famous building, called the Reisen (meaning giant), and is the oldest inn in Germany.  It was a former drinking establishment for princes and nobles during the 12th century.  Patrons used to ride their carriages through the arched doors to enter.  Today, it still operates as an inn and a restaurant. Strategically located, it stands at the entryway  to old town Miltenberg.

The old part of town is a pedestrian only walkway which makes for great strolling among all the charming shops and for getting lost in the enchantment of it all.

This storybook house originally belonged to a butcher who lived above, with his storefront below.  Generations later, it still is owned by a butcher. 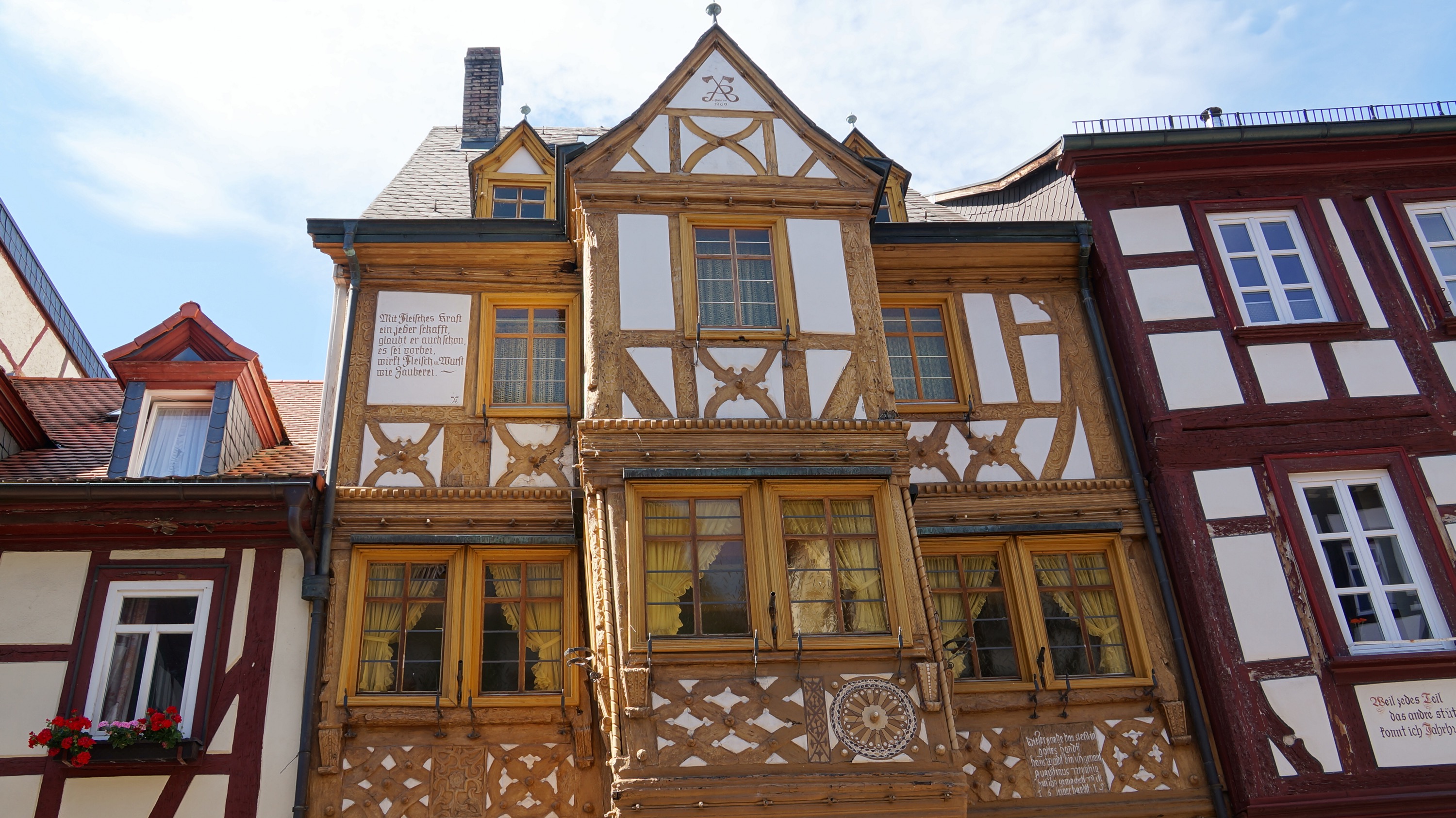 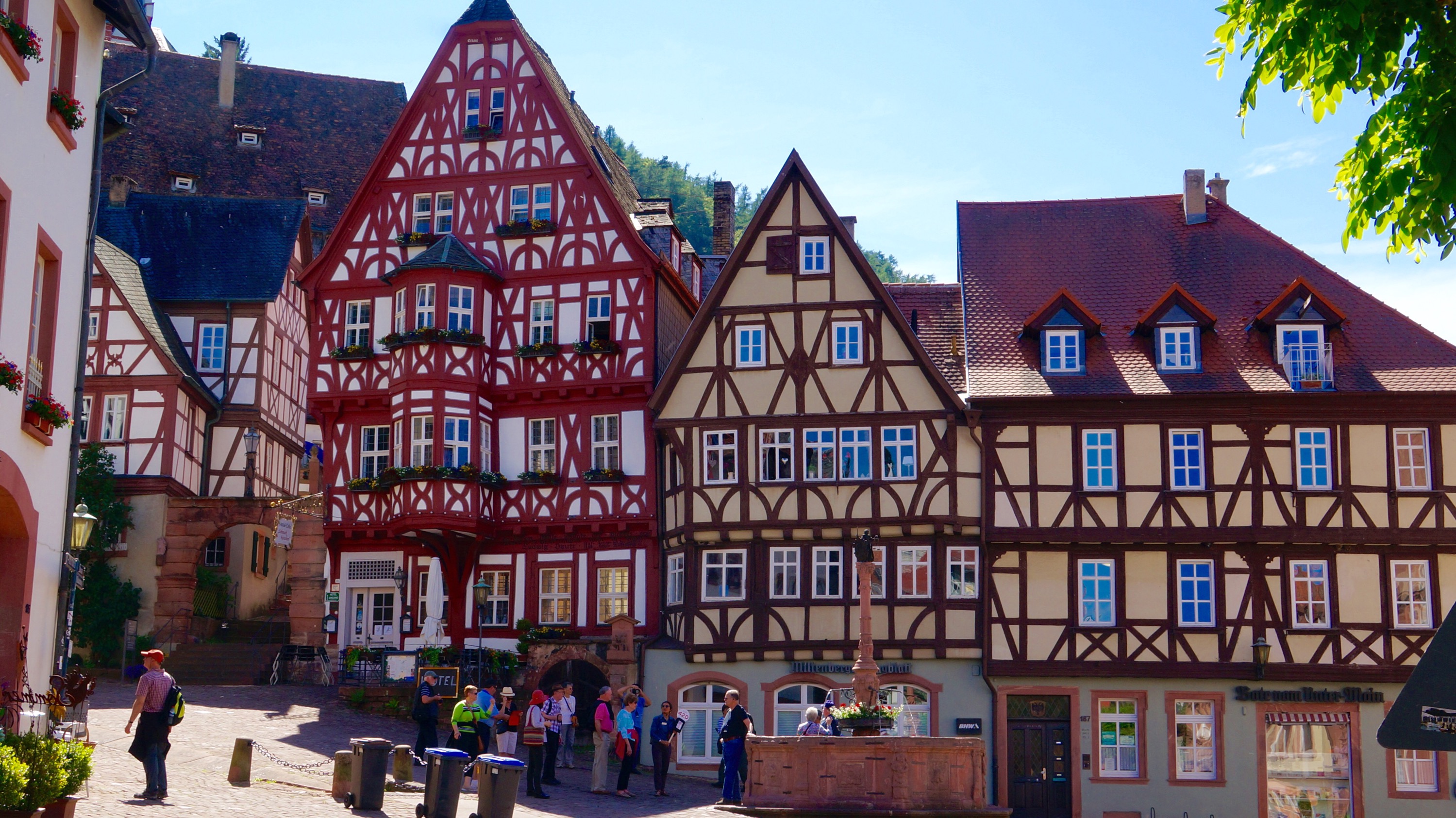 The entire neighborhood is filled with butcher shops, bakeries, souvenir stores, clothiers, and places to grab a cool beer and a bratwurst and watch the world go by.  What a great place to spend an afternoon.