It looks like our trip is coming to an end.  We hope you had a fabulous time traveling along with us on the Viking River Cruises Grand European Tour.  We saw many amazing places, learned a lot of history, and always have a greater appreciation for the planet that God made, and the grand variety of people and places on it.

What a great place to end our trip in the beautiful city from the medieval times.  I leave you with this beautiful  shot of the Old Town Square of Prague, where the buildings are hundreds of years old. 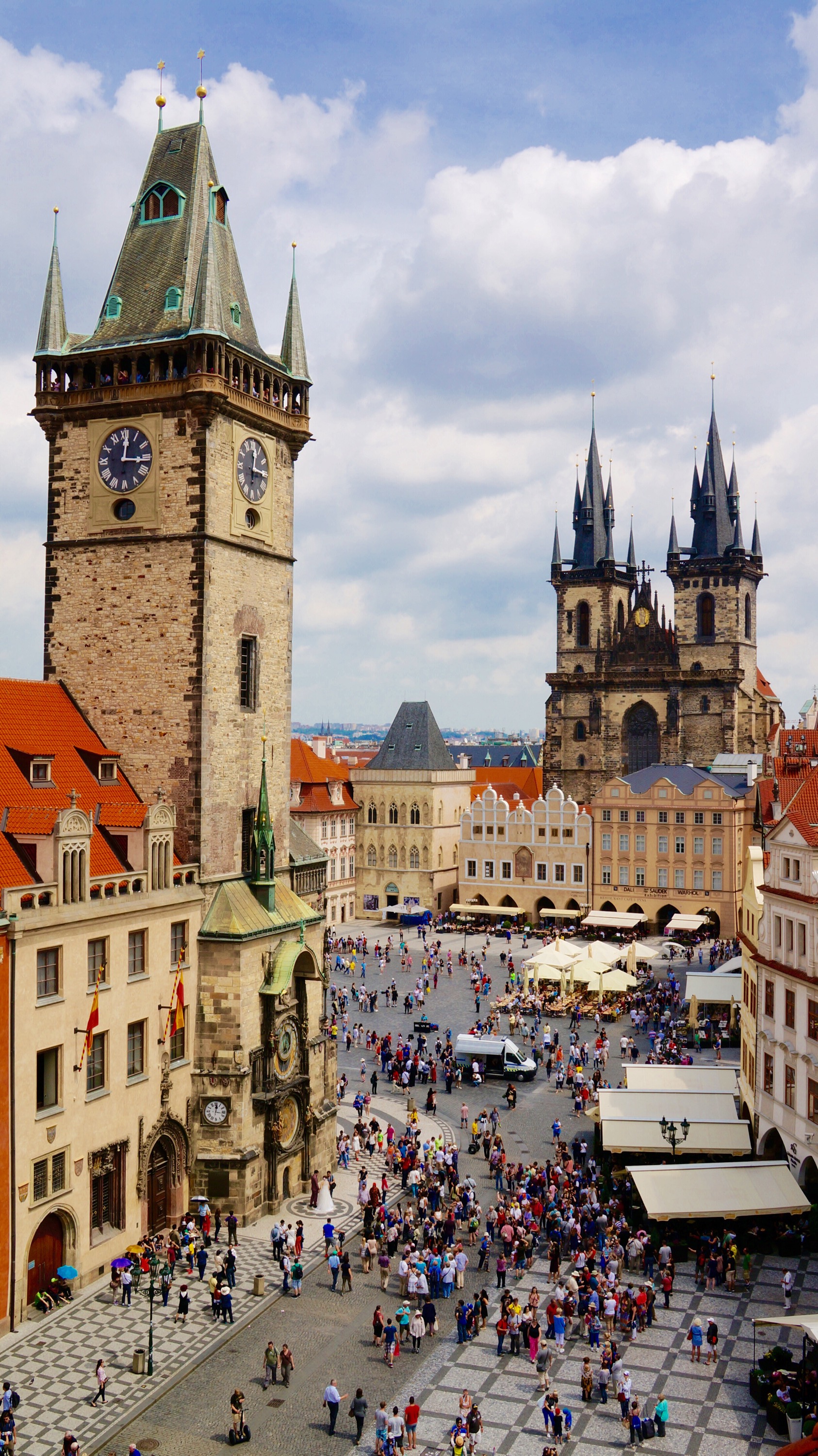 Along the way, our tour guide shared some funny little anecdotes about some popular sayings we have in English, which apparently come from these medieval times:

–  Water was thought to spread germs and diseases which is why Europeans did not bathe very often. They took a bath once a year, which usually occurred in May.  June brides came from the fact that many weddings occurred in June, while everybody was fairly fresh from their annual May bath. The tradition of brides carrying flowers was a way to hide any unpleasant body odors as it got later in the year.

–  Roofs were often covered with straw, and the animals would sleep on top of them because it was warm.  When it rained, the roof became very slippery and they would slide off.  That is the source of “it’s raining cats and dogs.”

–  When the annual bath time came around, water was brought into the house, heated, and the tub was filled.  The same water was used first by the man of the house (The Lorde), the other men, the lady of the house, the other women, the children, and then the babies. By the time it got to the babies, the water was so dirty and black, you could hardly find the babies in the water, the source of “don’t throw the baby out with the bath water. ”

–  There was a short period of time where they reused coffins. Upon opening them, they discovered that they accidently buried people who were still alive, evidenced by scratch marks on the interior of the lids.  They decided to tie a string on the departed, which was attached to a bell for a few days before burial.  If the person was indeed still alive, the bell would ring when he awoke, thus the saying “saved by the bell,” and if the bell never rung, he would be a “dead ringer.”

The booze in those days must have been very powerful because often, people would fall down and collapse in the streets.  Others did not know if they were dead or not.  They would put the unconscious on a wagon, carry them into the center of town, and lay them on a platform to see if they would wake.  Hopefully, they would awaken. From this we get the sayings “falling off the wagon”, and the tradition of observing the dearly departed in a wake before a funeral.

–  The aristocrats were among those who really did not want to bathe, fearing death from diseases.  Their saying was, ” I take a bath once a year, whether I need it or not.”  When they came to visit at each other’s castles, there was a vent into the guest bedrooms where the servants would put bottles of perfume which would fill the air with a pleasant scent to cover the odor of the guests, which is where we get the saying “filthy rich” or “stinking rich.”

Who knows whether these are true or not, but they are certainly humorous.

We hope to see you again soon when we take our next journey!!