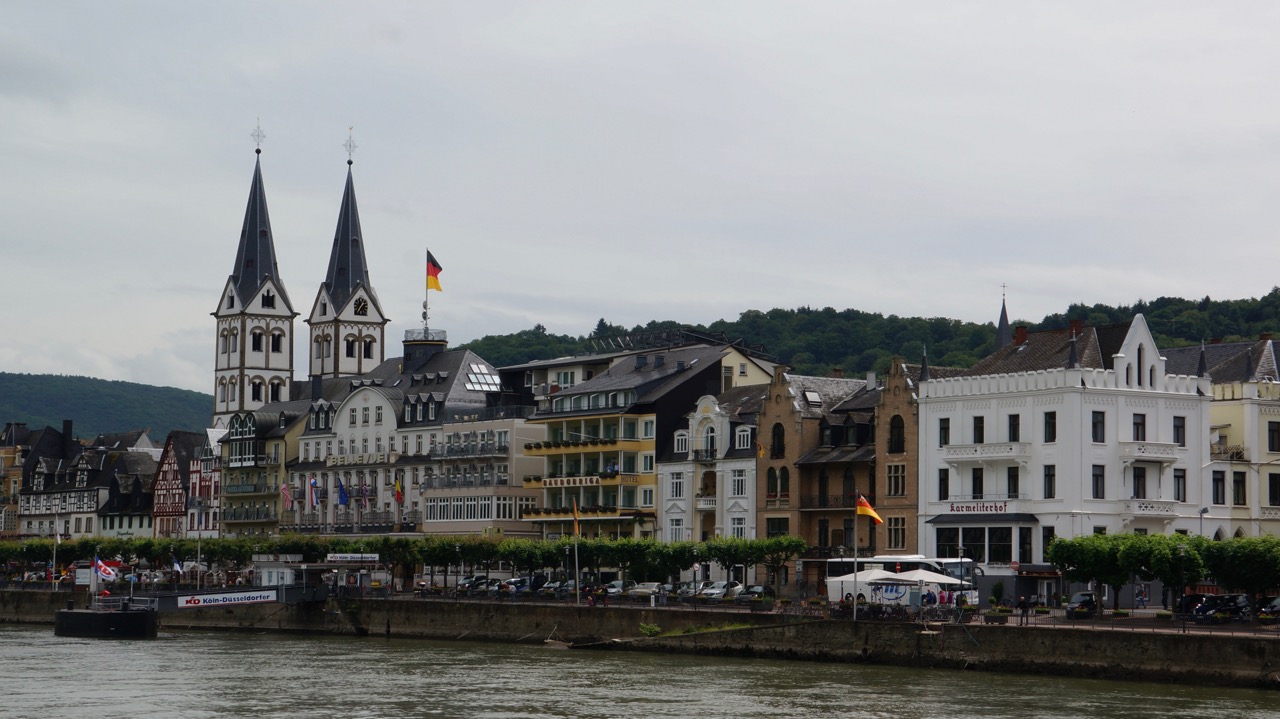 We arrived in a little city called Koblenz but immediately got on a bus to drive 20 minutes to Braubach to visit Marksburg Castle.  It was built in the early 1100s to protect the town.  At one time, Germany was divided into 250 principalities with each area ruled independently by a nobleman.  Each wanted to protect his area of the river to collect tolls, oversea river trade through their towns, and defend their kingdoms.  The noblemen would build the castle, and live there with his family along with 15 or so soldiers,  who were there to guard and protect the riverside town.  Many noblemen built as many as 10-15 castles. Unbelievably, there are over 25,000 castles in Germany today. Many are tourist destinations, some are hotels, others are private homes.

Marksburg castle is unique in that it still stands today, having never been attacked or damaged.  Walking through the castle was no fun though.  The extremely uneven cobblestone walkways all throughout the house made you have to walk with great peril.  There were very narrow, steep stairways, no running water, no heating, no wall to wall carpet – it was all pretty tough to navigate as if you have wobbly feet. No fancy heels in this house!   And when there’s fifteen soldiers and a nobleman, I wonder who does the cooking?

Everybody drank wine, even the five year old children, because no one trusted the water.  Wine, at the time, was only five percent alcohol.  Imagine trying to parent tipsy kids.

Once we descended, I was really happy to not be a woman living in the 1100s.

Our boat then headed down the river through the Middle Rhine section, an area known for its incredible beauty, history, and culture. Every twenty minutes or so, a wonderfully quaint town would pop up along the river’s edge.   Each town often had a castle, a church tower in the center of town, and a picturesque collection of houses along the riverfront.  Populations of these areas were usually under 1500 people.  These storybook villages would dot the water’s edge for the next forty miles. In recognition of its status as one of the world’s oldest and most magnificent cultural landscapes, UNESCO declared this Upper Middle Rhine Valley a World Heritage Site in 2002.  It was difficult not to take hundreds of photos…every village was a picture postcard.

One thought on “Koblenz – The Middle Valley Rhine”