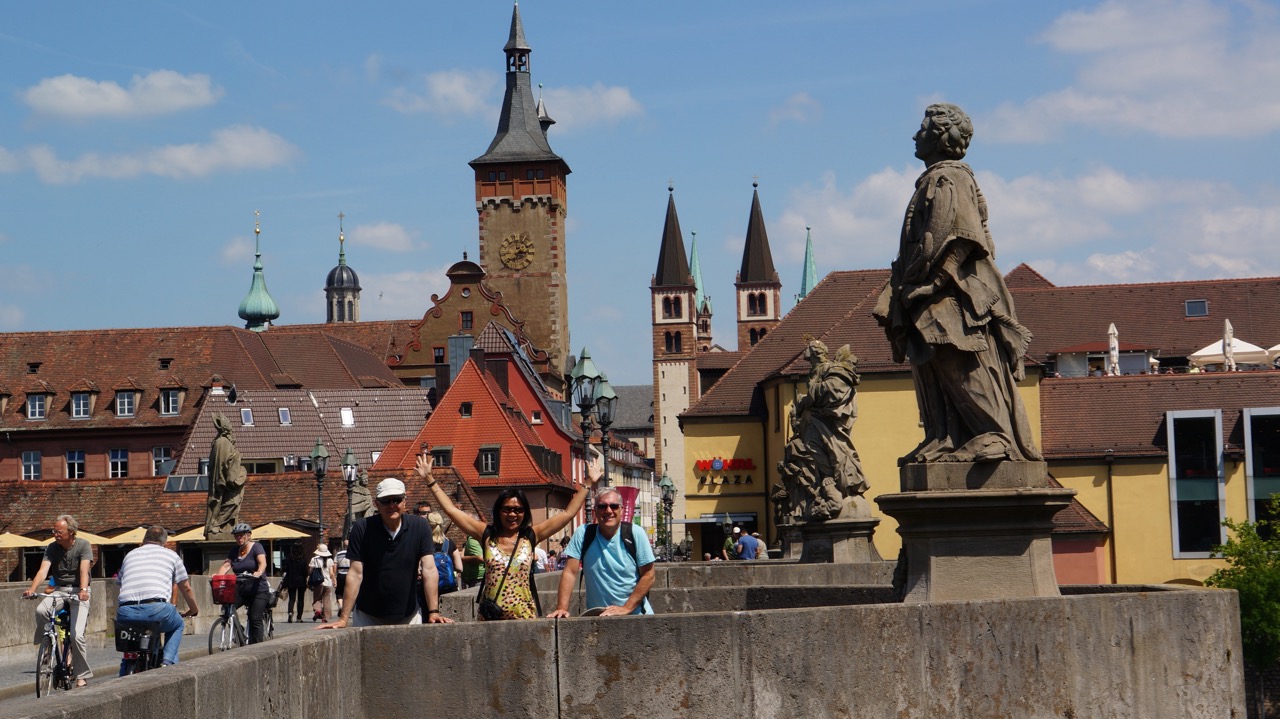 Our ship docked this morning directly opposite this spectacular castle on the hill.   Long ago, the Catholic church gathered many bishops together, and they would vote for one who would become the prince-bishop who would rule over this part of Germany.  This medieval castle was the residence of the prince-bishops for hundreds of years. 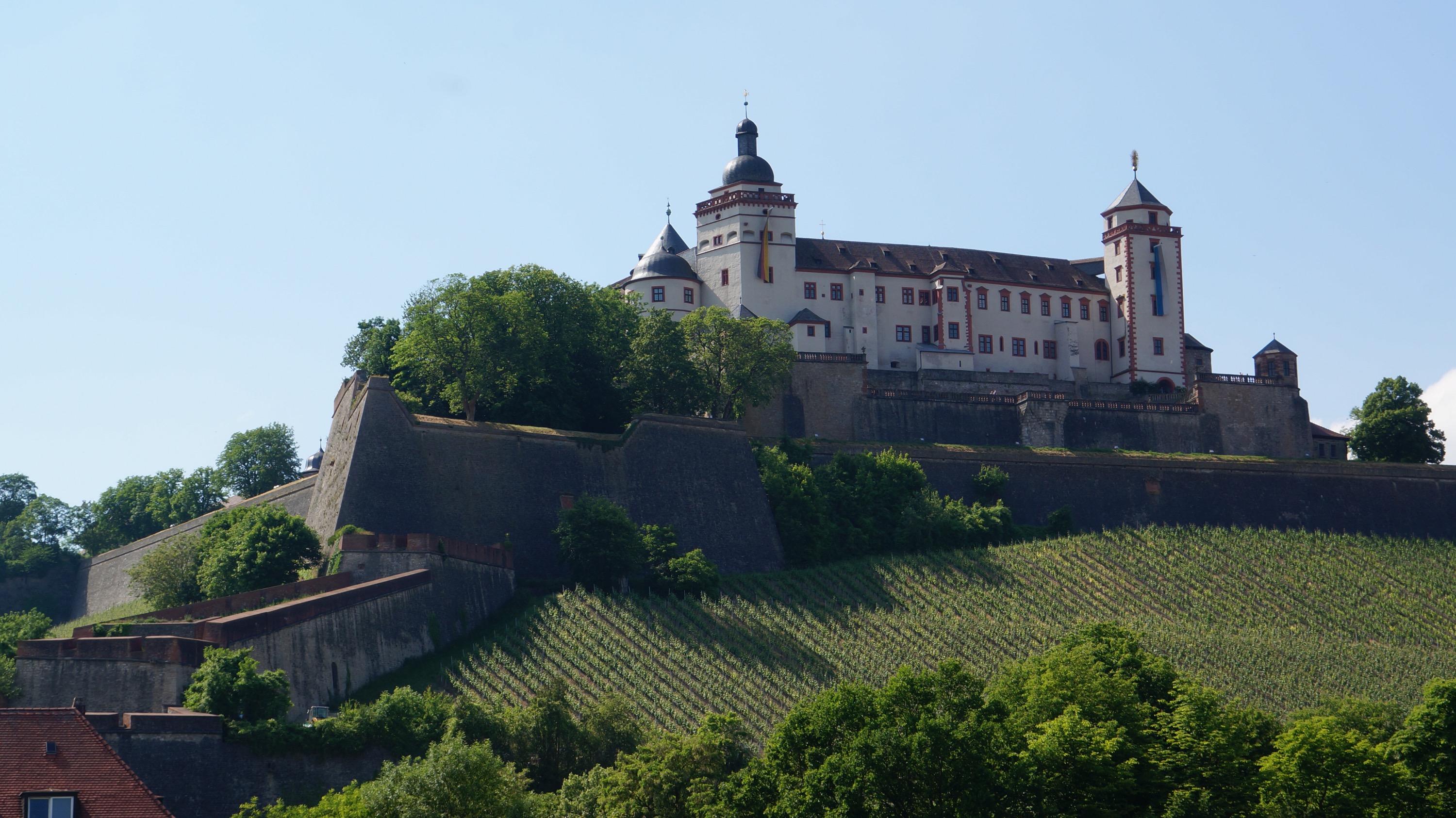 In 1720, the prince bishop decided to build another residence, which took 24 years to compete.  If this last castle was anything like the others we saw, I certainly can see why they wanted one a little more updated with some modern conveniences.   Here is the new residences and palace. 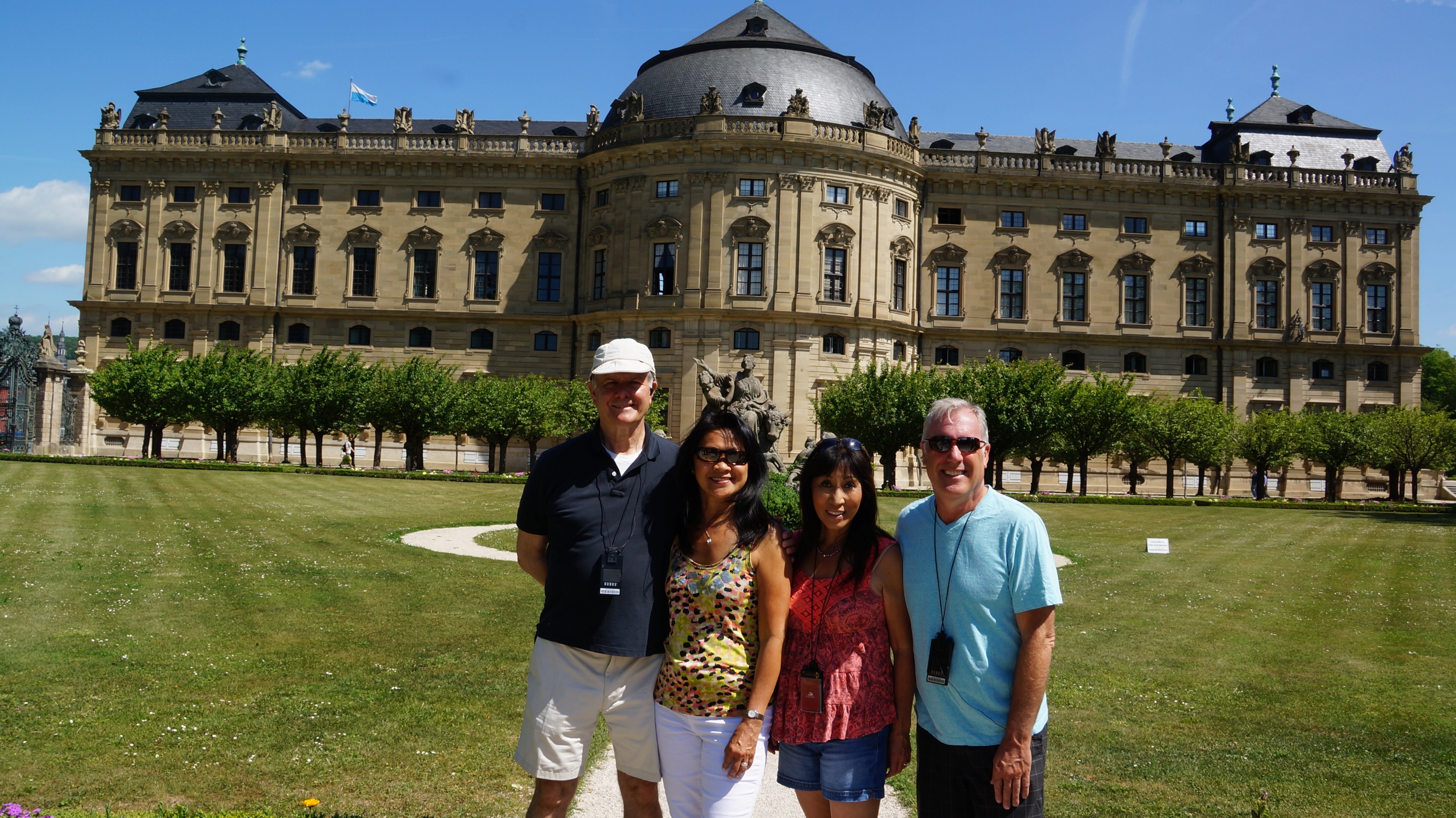 The walls were just amazing in that they were stucco painted to look like marble. Actual marble would have been less expensive, but the workmanship on the ceilings, and walls were so exquisitely done that the entire castle was  a marvel to behold, each room more unique and beautiful than the next.  Today it is a museum, and used in part by the local university. 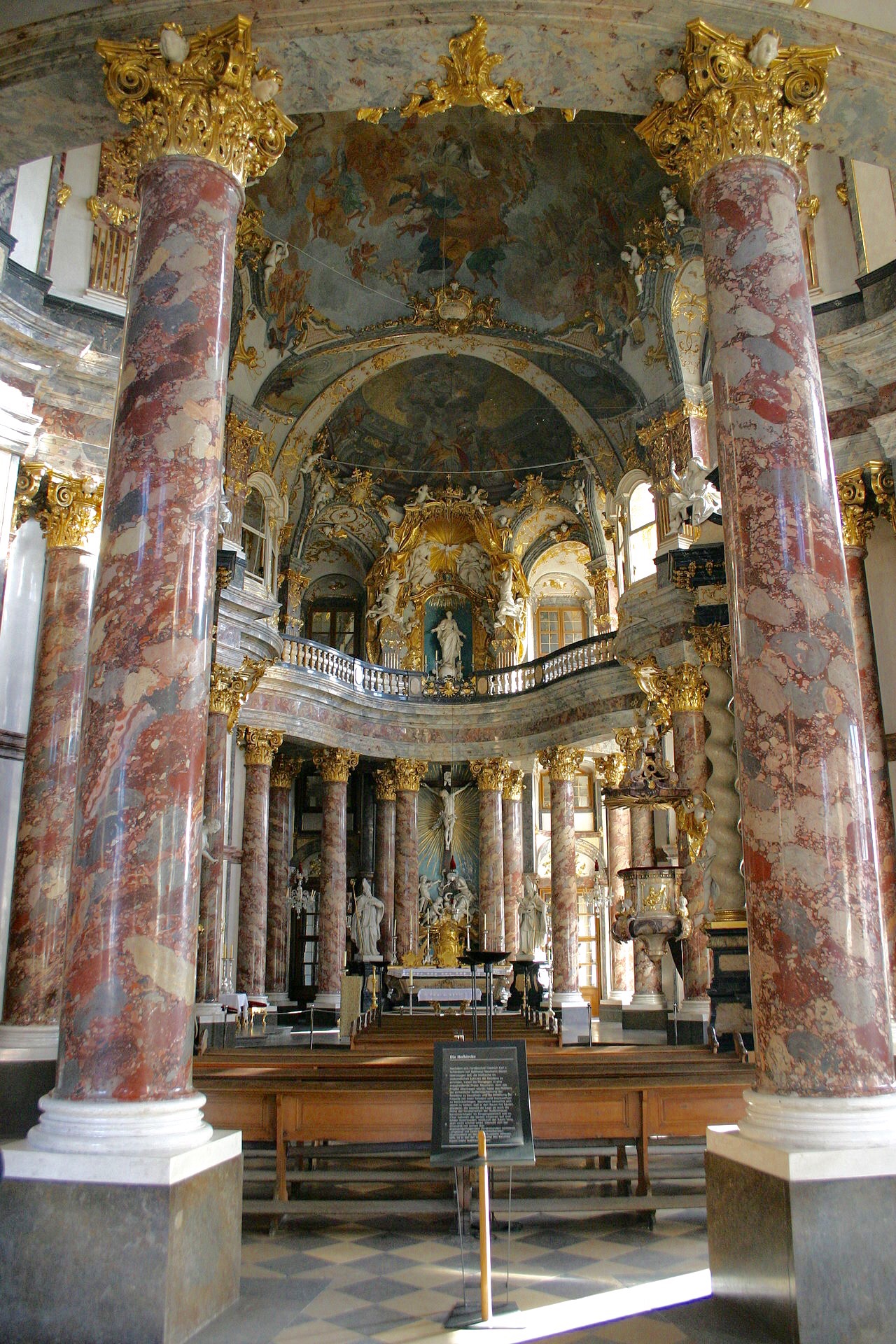 The only puzzle was, can you believe, out of 64 rooms, not a single bathroom in the entire place!?  After all, the aristocrats of the time only took a bath once a year, whether they needed it or not.

It’s difficult to escape the discussion of WWII and the effects it had on these towns we are visiting, since many of them suffered major damage at that time.  Würzburg was 90% destroyed towards the end of the war, so it’s architecture is a mix of old and new.  Luckily, much of the contents of the palace was hidden in the basement during the war, and much of it was salvaged.

Today, the city is charming and quaint with a beautiful clock tower, town church, and central marketplace filled with wonderful places to eat and drink.  Our favorite food was the roast pork with gravy and potato pancakes.  Yum!

The farmers markets were filled with another local favorite…white asparagus!  It looked so fantastic and fresh, that Chuck wondered if the chef would make it special for us, if we brought some back to the ship.

There is absolutely nothing better than white asparagus with boiled potatoes, and hollandaise sauce.  Get it now…after June 22, it will all be gone until next year.

Chuck with his yummy asparagus!  We caused a small disturbance because everyone sitting at tables around us all started to wonder why we got white asparagus and they didn’t! 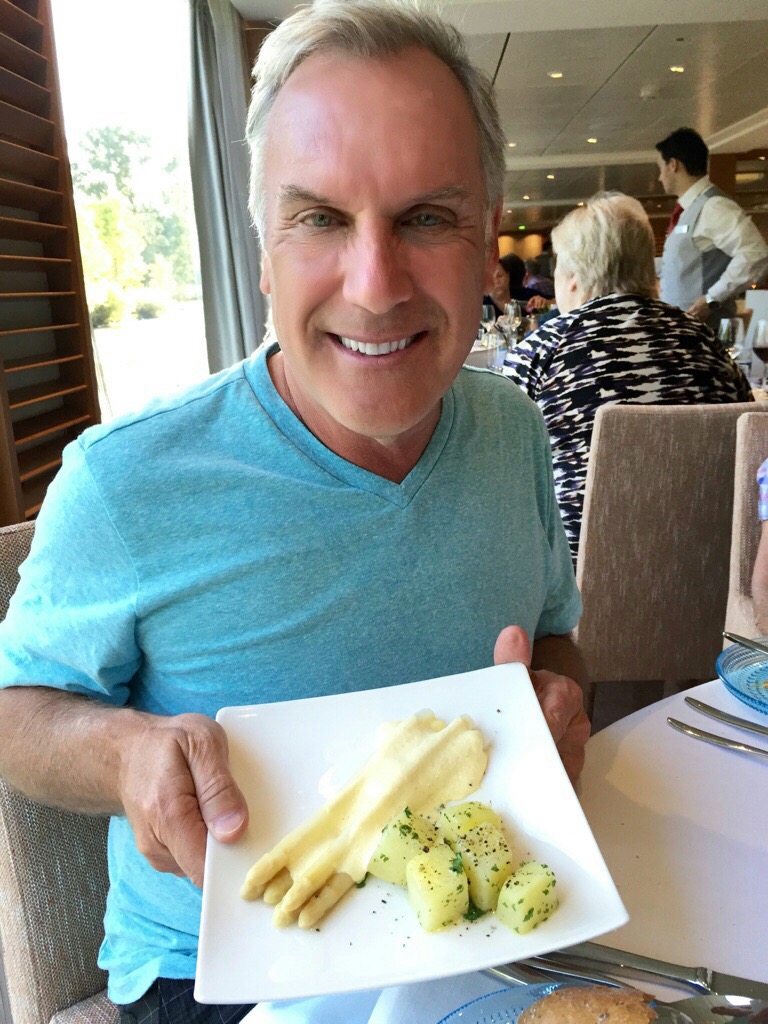 One thought on “Würzburg”