Vienna is the Capitol city of Austria, the seventh largest city in Europe, with a population of 1.7 million.  How exciting to be in a big city after all these little towns and villages!

Appointed by the Holy Roman Emperor, the first Hapsburg rose to power in 1276. they ruled over Austria for over 700 years.  The last Hapsburg to rule was the only female, Maria Theresia, who had 16 children, the last of the, being Marie Antoinette, who eventually married the King of France.

The Hofburg Palace was first built in 1279 and has been expanded over the centuries. It took so many years to complete, that the various sections of the palace are in completely different architectural designs. Formerly to house the most important monarchs of Austria, part of the palace is the official residence and workplace for the current Austrian President, while various residences for the Royal all over the city have now been converted to various museums, chapels, and libraries.

Inside the palace walls are still the horse stables of breeding and training grounds for the Royal Lipizzans. Founded in the 16th century for the exclusive use of the Hapsburg Royal family of Austria, the Royal Lipizzans are unquestionably the rarest, most aristocratic breed of horses in the world. The pride of the Hapsburg Empire, the Lipizzan breed tradition still lives on today with shows around the world.

The central of town was a beehive of activity, and central among all was St. Stephen’s Cathedral, the mother church of the Roman Catholic Archdiocese and the seat of the Archbishop of Vienna.  It is the  most important religious building in the city.  With its multi-coloured tile roof,  and Gothic spirals that reach high into the sky, it is one of the city’s most recognizable symbols.

The Belevedere Musuem was the former official art  gallery for the Monarchs, but now It is for the public and holds the largest collection of Austrian Gustav Klimt’s paintings in the world. During the Nazi occupation of Austria, many of Klimt’s paintings were stolen, hidden, or vanished during the war.  Some of his paintings were destroyed because they thought they were too sexually suggestive and obscene. Thank goodness there are still photos of those amazing paintings.  This is my first viewing of Klimt originals and they are indeed beautiful.

Notably missing from the Belevedere Museum is the “Portrait of Adele” (above, lower right).  If you haven’t seen the movie yet, go see “The Woman in Gold,” the true story of what happened to this painting that used to hang  in the Belvedere Museum, that sold for $130 million dollars.

Just as Paris was the center for Impressionish painting, Vienna is the city of music, mostly because of the patronage of the Hapsburgs.  with many famous musical prodigies coming from this part of the world…Johann Strauss, Beethoven, Mozart, Franz Liszt, Hadyn, and Brahms to name a few, mostly Also from Vienna was Signumd Freud, the neurologist who became known as the father of psychoanalysis.

For our night in Vienna, we went to the Hapsburg Palace to listen to the Vienna Hofburg Orchestra play Mozart and Strauss music in one of the ballrooms.  As the music filled the air, and the singers voices radiated out, I could picture all of the people from the paintings I had seen earlier in the week floating down the hallways of this grand palace…women dressed in elaborate, gold embroidered lace corsets with flowing yards of fabric dresses, and men in ruffled shirts, buttoned cuffs, and jackets embellished with metallic ribbons.  It all seemed to fit together. 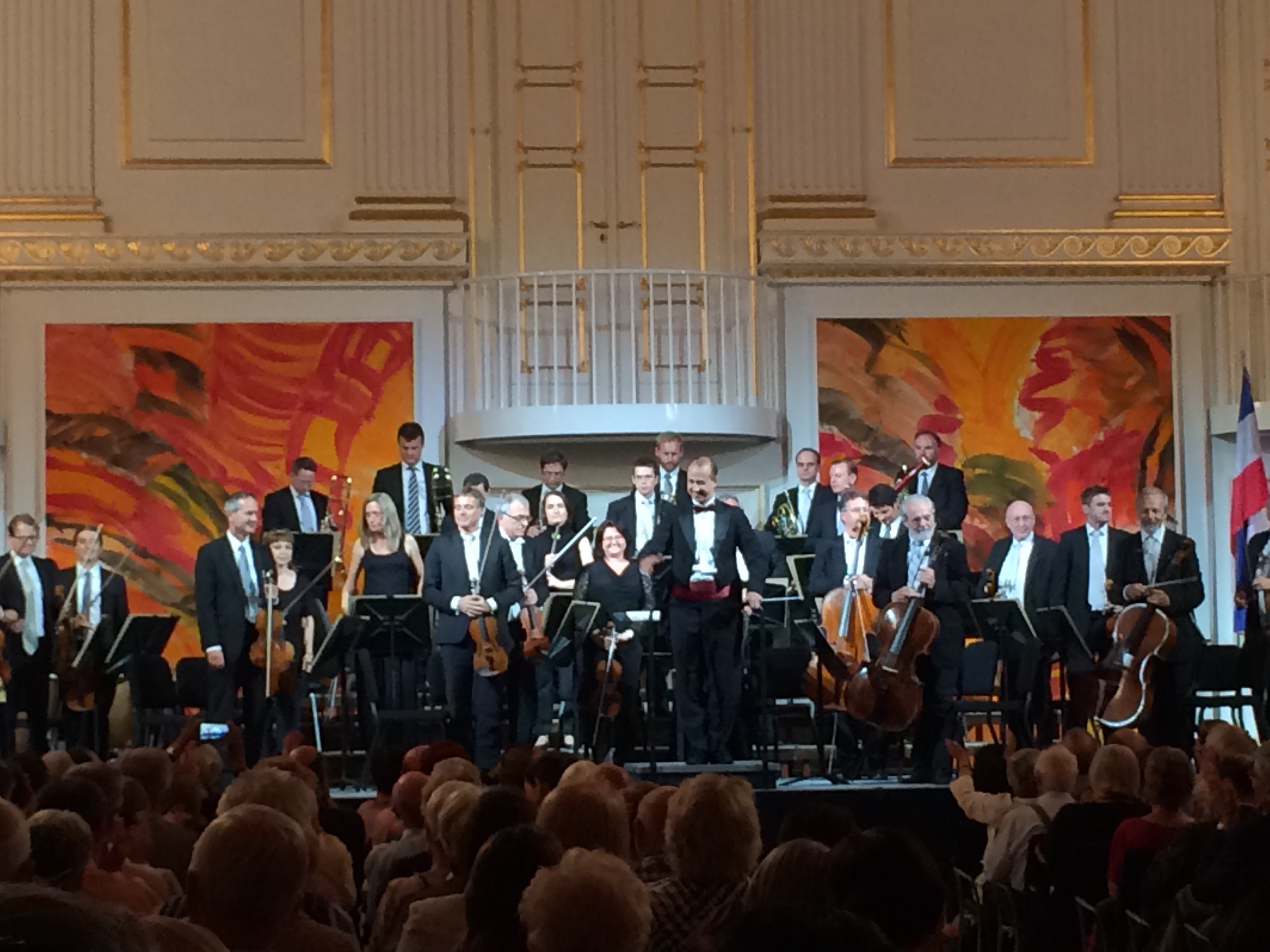 We just scratched the surface of Vienna.  This is indeed a beautiful city with so much to see and do.  It’s difficult to photograph because everything is gigantic in scale.  It takes a minimum of four days to see the basics here…definitely worthy of a longer, return visit to this amazing city.

One thought on “ Beautiful Vienna, Austria”