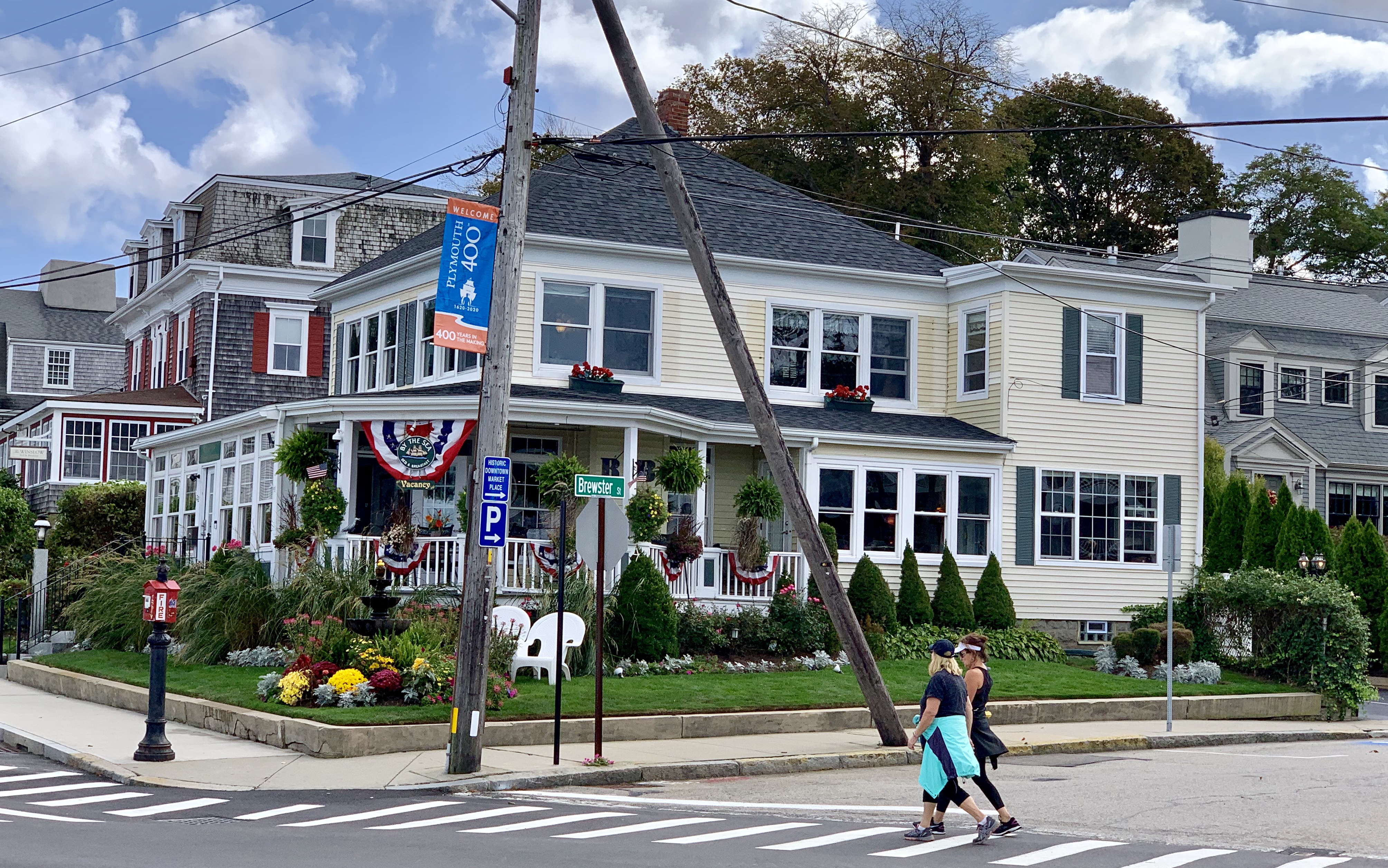 We are walking through American History today starting at Plymouth Rock. Who knew there were two ships? One didn’t make it and those passengers had to board the Mayflower to survive. This first step onto this rock is where our history of America begins. The rock is inscribed with the date 1620.

That famous rock where the Mayflower landed is much smaller than one would have thought. It’s a small rock representing a monumental event in our history.

A short drive from Plymouth we find ourselves in Hyannis, the home of the Kennedy family. They still live in a compound of six acres behind a gated community. This is only their summer home though. Two of the original three houses are still used by the Kennedy family, the third used for political conferences and meetings now. Of course, it’s on the water with spectacular water views.

We are in a section of Massachusetts known as Cape Cod, the southeastern part of the state that extends into the Atlantic Ocean, and is the destination for all the east coasters to come and bask by the Atlantic seashore. Because of its unique shape, Cape Cod provides more than 700 miles of oceanfront coastline which makes for a lot of beaches. It started as a whaling and trading area, but now it is a summer resort area for the wealthy, celebrities, and tourists.

This park in Hyannis was built and paid for by the citizens of the town, to honor their local hero, John Fitzgerald Kennedy, who made it all the way to the White House to become our 35th President.

Around the fountain is an inscription from John Kennedy that we should all remember… “I believe it is important that this country sail and not lie still in the harbor.”

There is a distinct look to the houses built in the Cape Cod area. The architects came from England and brought with them a design that had been used in England which became the model for the new Pilgrims in America. The people became known as Cape Codders, and this type of house became known as a Codder. Most were pretty darn small, and we would think of them as small as shoe boxes, hardly able to slip into them. Many were only three rooms big.

Full codders consisted of two windows on each side of a centered door, made of painted clapboard. As they got smaller, they became half codders, or quarter codders. You could tell who was rich by the outside of their houses. Rich people used clapboard, long, think slats of painted wood that overlapped each other horizontally when constructing their houses.

Some put clapboard on the front of the house, with shingles on the side and back of the house, creating the richer image on the front, but cutting corners and saving money on the other three sides. This style was called “putting up a front.” I guess they weren’t fooling anybody. The steep rooflines were designed to combat the winter snow.

This style became quite in vogue during the 1930s to 1950s. New codders were made of the same design, incorporating electricity, indoor plumbing, bathrooms, and kitchens. Those with money used the same codder style, embellishing them to accommodate a more affluent lifestyle.

In some neighborhoods here, you can paint your codder any color you like, as long as it’s white with black shutters. It makes for a very sharp and clean looking neighborhood. Just beautiful!

5 thoughts on “Hyannis & the Kennedys”