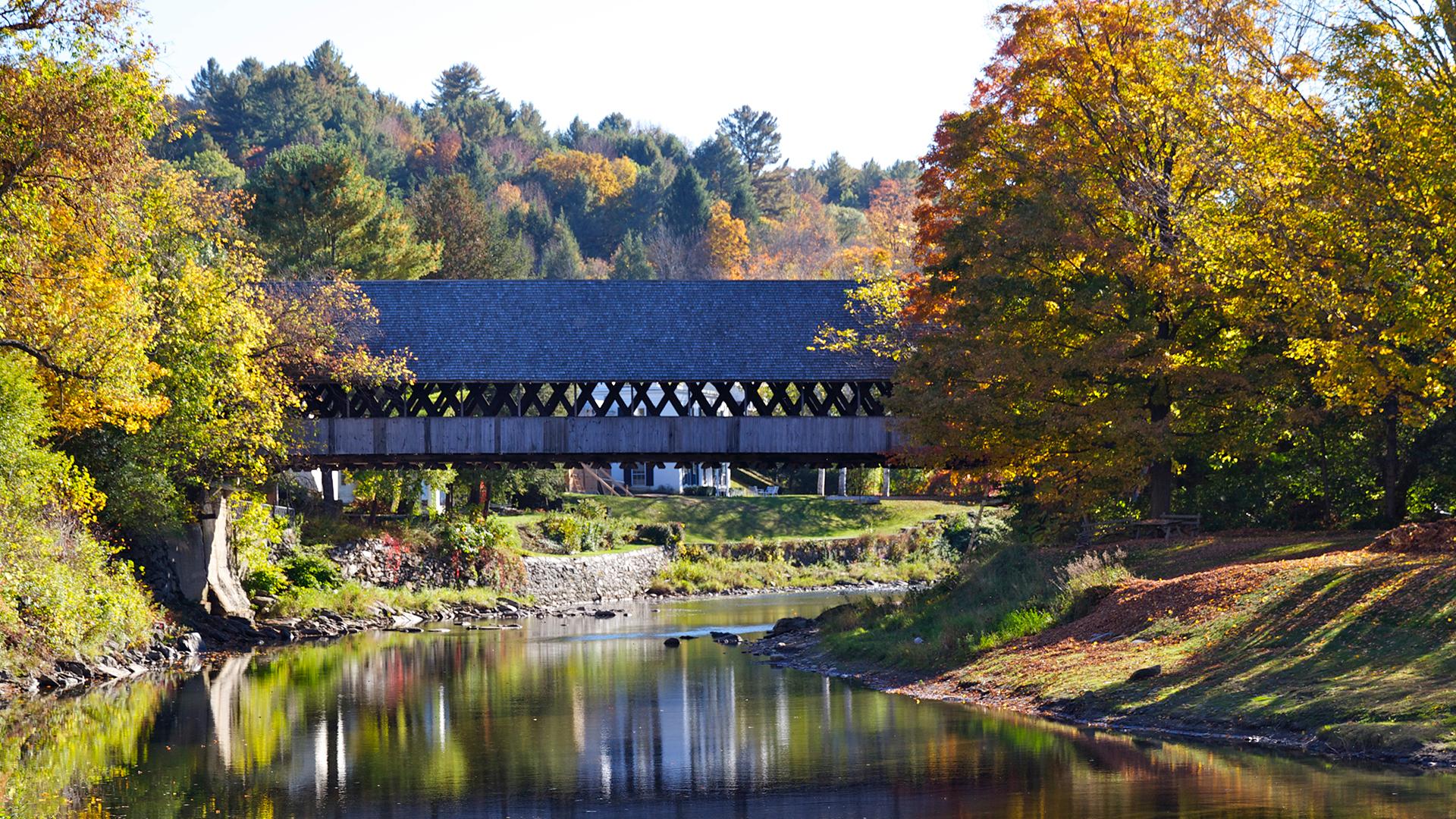 For a dose of absurdly quaint New England charm, it’s tough to do better than this town in the Green Mountains. Complete with a perfect village green and a white steepled church, this is just the destination for visitors to wander in and out of rustic old shops and dating back to the 1750s. Almost all of the town’s buildings are on the National Register of Historic Places.

Funny how all the houses in these little New England towns are all white.

We have landed in the quaint city of Woodstock…not that Woodstock, which was a big rock concert held on a dirt hill of a dairy farm in Bethel, New York, but a picturesque little town in Vermont. In a state with a population of only 600,000 people, they treasure this little jewel in their crown, a tiny charming city which holds on to its colonial roots.

The community has preserved the physical buildings and the spiritual essence of an earlier day. Modern day shops take up residence in these old structures that have stood here for 300 years. They obviously must not have earthquakes here since so many of their buildings are made of brick.

Gillingham & Sons General Store has stood in the heart of this town since 1886. The faces of the townsfolk may have changed and the store’s inventory may have evolved, but the family running the store has remained the same. Today’s owners are great-grandchildren of both F.H. Gillingham and Franklin Billings. Stocking a little of everything, it’s the perfect place to pick up New England souvenirs.

In the rolling hills of Woodstock, we found Jim Fadden, a fifth generation resident who says two things about living here. 1. Go outside of Woodstock to get married because you don’t want to end up marrying your cousin. 2. Everybody has to find something in life they love to do. His family loves sugaring. A 500 mile radius from the lakes in this area defines the maple tree realm for all of the world, which makes this the capital for making pure maple syrup.

The sugaring season lasts six-eight weeks. Of that period, sap from the trees will only be collected 21-28 days. The season usually begins when there is four feet of snow on the ground, and the temperature is 35°, so if you love sugaring, you’d better be prepared to bundle up and work when it’s almost freezing outside. Temperature, barometric pressure, and whether the sap is collected are the three factors that affect the flow of the sap that moves up and down the tree during the sugaring season.

In the days of great-grandfather McFadden, the early settlers in Woodstock put a spile with a hook into the tree, attaching a bucket to the hook, letting the sap drip into the bucket.

Great grandfather McFadden hung 350 buckets a day, for a total of 2,500 buckets. Imagine carrying all those heavy buckets of sap and emptying them to a storage vat far from the trees, twice a day for 8 weeks.

Techonolgy has changed and thank goodness, it’s a lot easier than what it used to be. Spiles are drilled into the tree and plastic tubing has replaced buckets. The tubes create their own vacuum with the first drip grabbing the second drip, which grabs the third drip, and all flows down the tubing.

Jim has over 10,000 maple trees, all connected by an intricate network of tubing, the sap flowing into 1,000 gallon storage vat with an overflow value, moving the sweet nectar from one vat to the next, to the next. When the season is over, the spiles are all removed, and the tree will heal itself.

Water boils at 212℉. As the water boils off, the sap becomes more viscous, and is on it’s way to becoming that luscious fluid poured over your pancakes and ice cream. When it reaches 219°, you have pure maple syrup.

Maple syrup is graded or categorized based on the flavor and how much light passes through it (translucence). Early in the season produces the lighter syrups, used for ice cream and pancakes, the last of the season will produce the darker syrup, used more for cooking.

Jim’s family has also owned this general store on their property since 1896. Of course, they sell a lot of their pure maple syrup here!

For five generations members of The Fadden Family have been actively collecting and processing the sap from these maple trees. It has been their goal to produce top quality, award winning Pure New Hampshire Maple Syrup. They believe that the pristine environment that the trees exist in combined with their efforts blend to produce the delicate maple taste and light colored syrup they are so proud of.

If you’ve never had pure maple syrup, bypass that Aunt Jemima stuff and buy the real thing. It makes all the difference in the world. 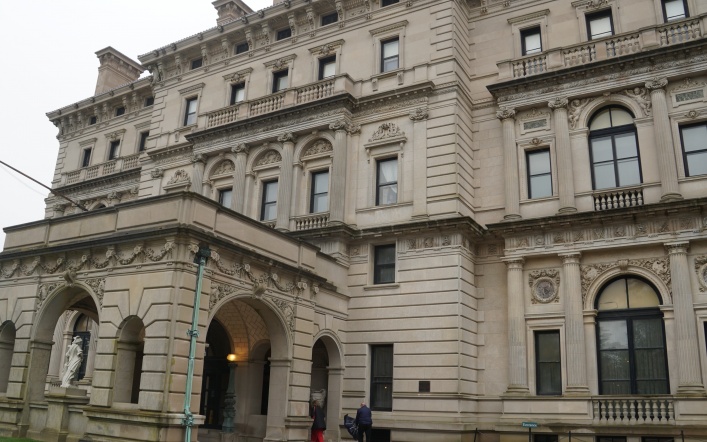 Today we are in Newport, Rhode Island, our very first visit to this state. Our tour guide is so excited..