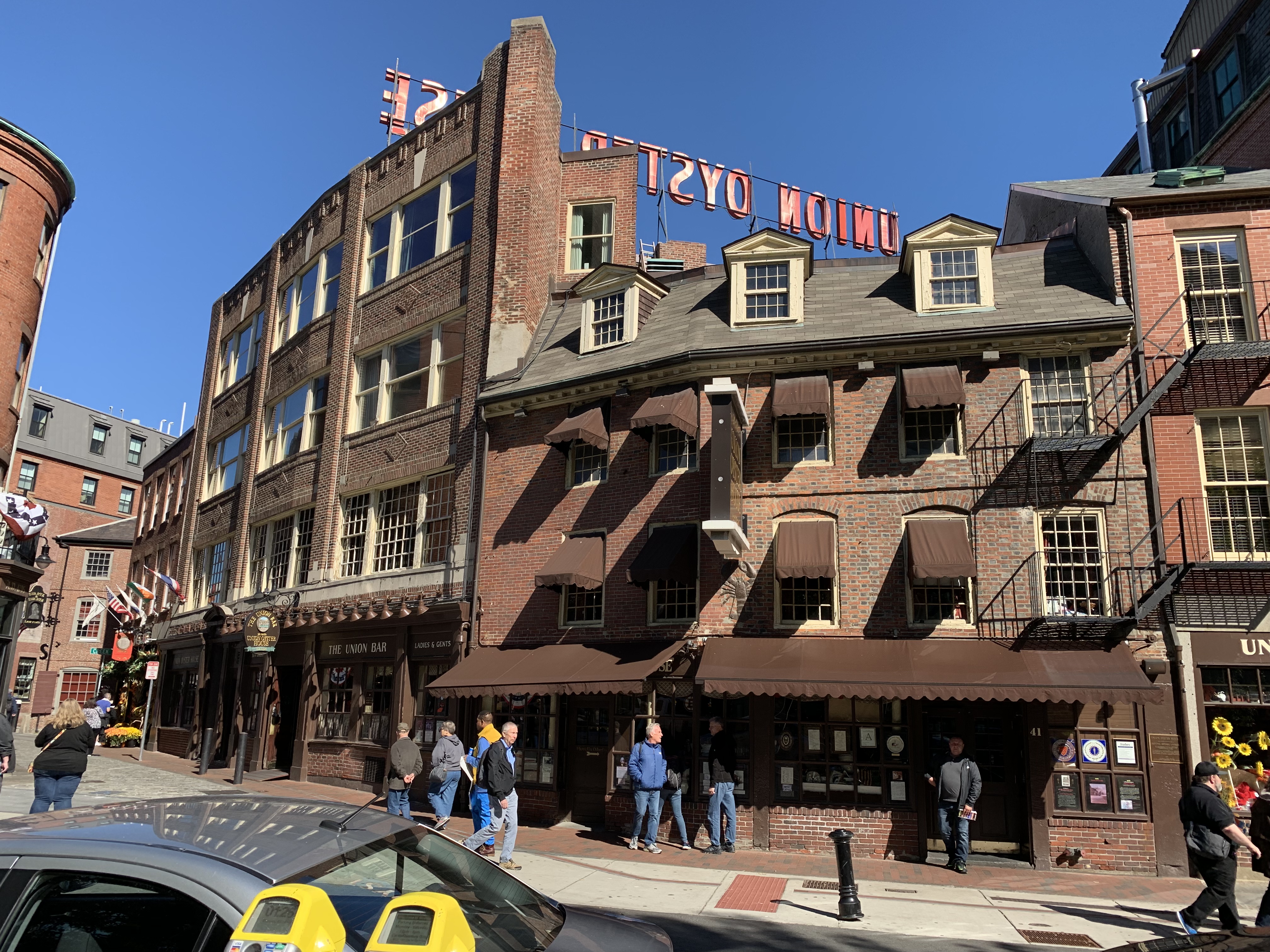 “Listen my children and you will hear, of the midnight ride of Paul Revere…”

We are on a journey to see the changing of colors of the fall leaves through the New England States of the US. In addition to seeing one of the most beautiful sights in our own country, who knew that we would be revisiting US history that we haven’t thought too much since junior high school.

Once we arrive in Boston, you can’t escape our US history. This was one of the cities first colonized, where British puritans came on ships to escape the religious persecution in England to start life anew in a “New England,” hence the name.

The British were still ruling over the colonists who came here, resulting in many battles and our eventual freedom from England in 1776. One just has to walk the 2.5 mile freedom trail around the main part of Boston to see 16+ sites that remind us of how we won our freedom. Here are a few of the sights along the freedom trail…

This amazing ship has over 54 canons that they actually shoot off at sunset and at 9am ever morning. They were used to fight the British, with a team of 15 men operating each canon when they were at war. Can you imagine how crowded it would be below deck when all canons were firing at the same time, with a coordination to make sure the blowback wouldn’t rock the ship over? What won the war for us is that they could load, fire, and reload each canon in 90 seconds. The British took 120 seconds…and we had better ships made of oak which made their canon balls bounce off.

Below is the Old State House, where the Queen of England stood on the balcony and said “All is forgiven,” for having gone to war with England.

I could go on with all the history that this city holds, but Boston today is just a great, fabulous city with lots to see and do, and eat!! Oh my gosh…the seafood here!!

It was a short visit to an amazing city that deserves more time. I hope we get to come back. We are getting the last bit of sunshine before winter sets in. We won’t think about returning until the sun comes back out. They have brutal, below zero, freezing, cold winter which is unimaginable for these natives from California.