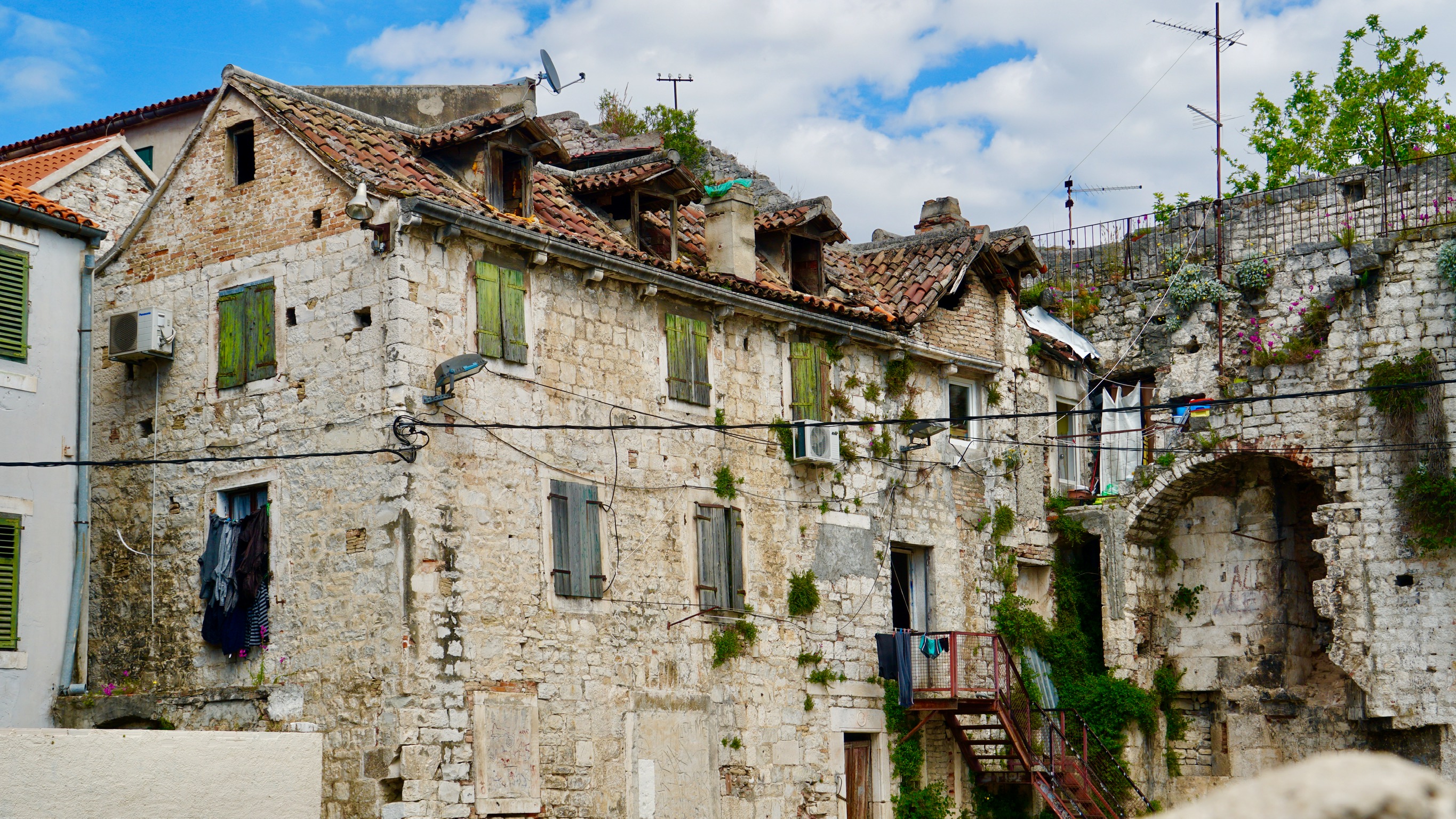 This is our second visit to Split, and it really hasn’t changed much, except this time there are way more people! We happened to hit the city on Saint Domnio’s Day, which is by far the biggest celebration day in the city.

This holiday is dedicated this city’s patron saint, who was executed during the reign of Emperor Diocletian while he was an early Christian bishop of Roman city of Salona. It’s a kind of irony that St. Domnio is the protector of town founded by the emperor who executed him. To really rub it in, Emperor Diocletian’s mausoleum was eventually converted into the oldest cathedral in the world, dedicated to St Domnio. I’m sure the emperor must be turning over in his grave over that one.

Emperor Diocletian was the last pagan emperor of Rome. He even killed his own wife and daughter because they were Christians. He had enough of being emperor after twenty years, left to retire and grow vegetables in a palace he had built for himself here in Split, near his childhood home. It took 20,000 workers to build his retirement home from 295 to 305 AD. Half was for his residence, half was to house a military garrison for protection. You can see how the palace used to be right on the waterfront. After he left Rome, Constantine the first became the first Roman emperor to convert to Christianity, and Rome has become the center of the Roman Catholic faith from then on.

For nine years Diocletian tried to eradicate the Christians.

In celebration of St. Domnio, the many rooms inside the palace were filled with flower arrangements. How beautiful it all looked against the limestone walls.

This temple with the palace was built for the Roman God Jupiter, but was converted to the Baptisery of the John the Baptist after the death of Diocletian.

It’s really mind blowing that so much was done against Christians in this area, to having the ruins of this 1700 year old palace in the middle of a country that is now almost 90% Roman Catholic. Now, thousands that live within the palace walls, hallways are now filled with souvenir vendors, and the promenade is covered end to end with restaurants and cafes for tourists to sit under shade awnings and watch the world go by. My, how times have changed.

One thought on “Split, Croatia & the Last Pagan Emperor”