Dubrovnik – The City of Game of Thrones 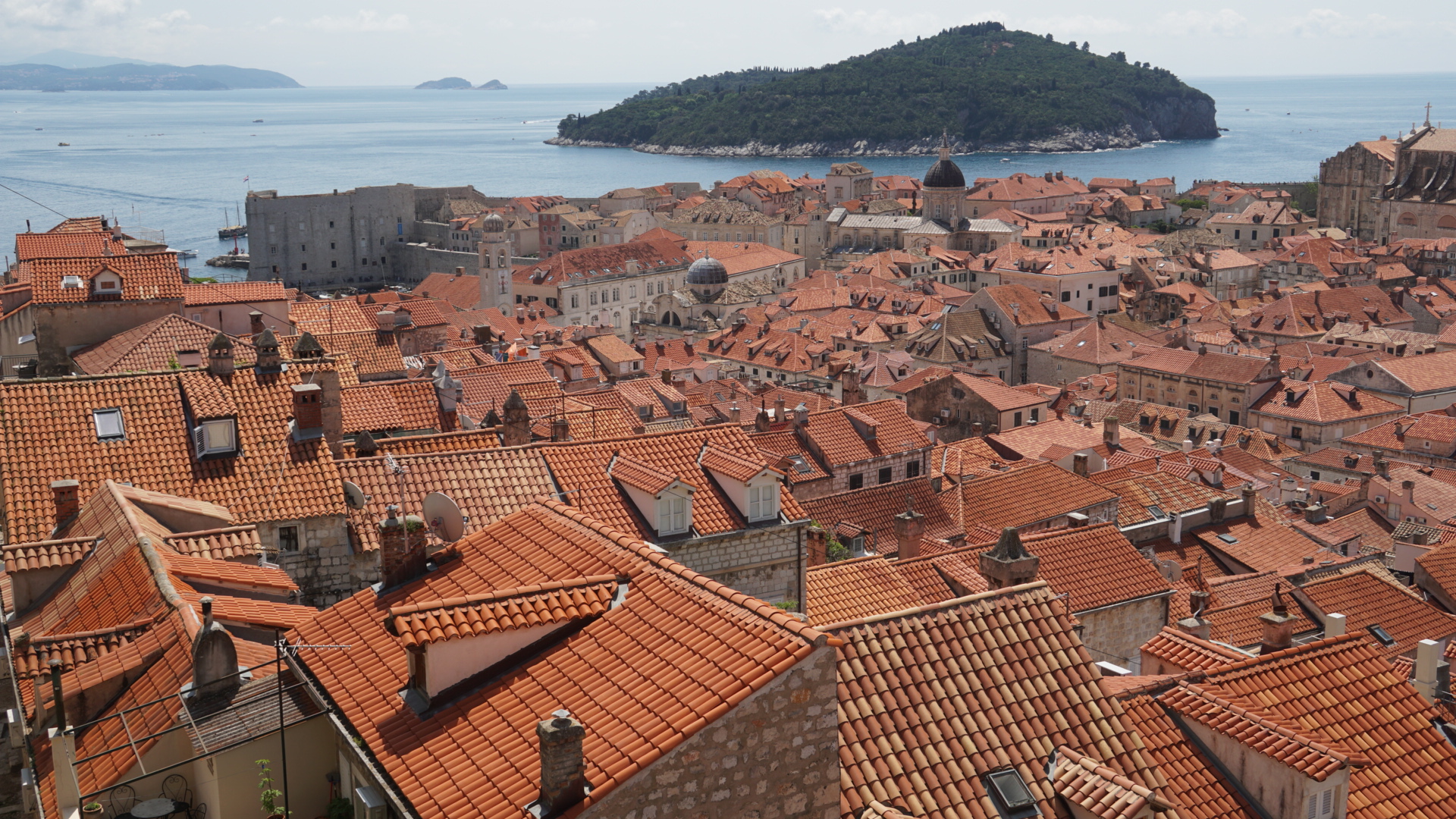 It wasn’t that long ago, 1991, that Yugoslavia broke up and this beautiful city was besieged by the Yugoslav army, suffering seven months of shelling and destruction of almost 60% of its buildings and damage to its walls. After restoration through the ‘90s and early 2000s, Dubrovnik has risen to become one of the top places to visit in the Mediterranean area. It’s name means city of Oaks, for the oak trees that use to cover the grounds.

The entire old city is completely surrounded by a limestone wall, built between the 11th and 17th centuries, which has served as protection. It’s one of the most perfectly preserved medieval cities that exist today. You definitely feel like you’re walking back in time once you enter through the gates.

Although there is lots of historical sightseeing, part of the charm of the Old Town is the fact that it is still a lived-in city bustling with locals, whose homes line the narrow streets and sunlit squares. There are plenty of churches, palaces, museums, cafes, restaurants, stores, and ice cream shops. The streets of polished stone with not one piece of litter on the ground make this a magical walk down the center of town.

If you’re a fan of Game of Thrones, you might find this place familiar since they film the show within the walls. One of the fun things to do is climb up to the top of the wall and walk around the entire old city and soak in the fabulous views.

In the evening, we traveled 30 minutes outside the city to a local village of 300 residents. Seventeen of them have olive oil presses in their homes. His garden holds olive trees that are over 300 years old and his family has been making olive oil for four generations.

This traditional process required 3 workers and a horse to make the olive oil, pressing when the olives are either green, red, or dark, each creating a different type of oil with differing tastes. The oil flows out of a spout, floats onto a bath of fresh water, then skimmed off the top.

The best olive oil is made the same day as the pressing. Modern machinery has replaced making olive oil in this old fashioned way. Now these local families make the oil for their own family’s use and to sell at local markets to share with their communities.

Having shared a dinner of fresh farmed lettuces and vegetables with this beautiful fresh olive oil accompanying freshly grilled meats was supremely simple, but sublime. When it’s this fresh, you almost don’t miss butter…almost.

2 thoughts on “Dubrovnik – The City of Game of Thrones”