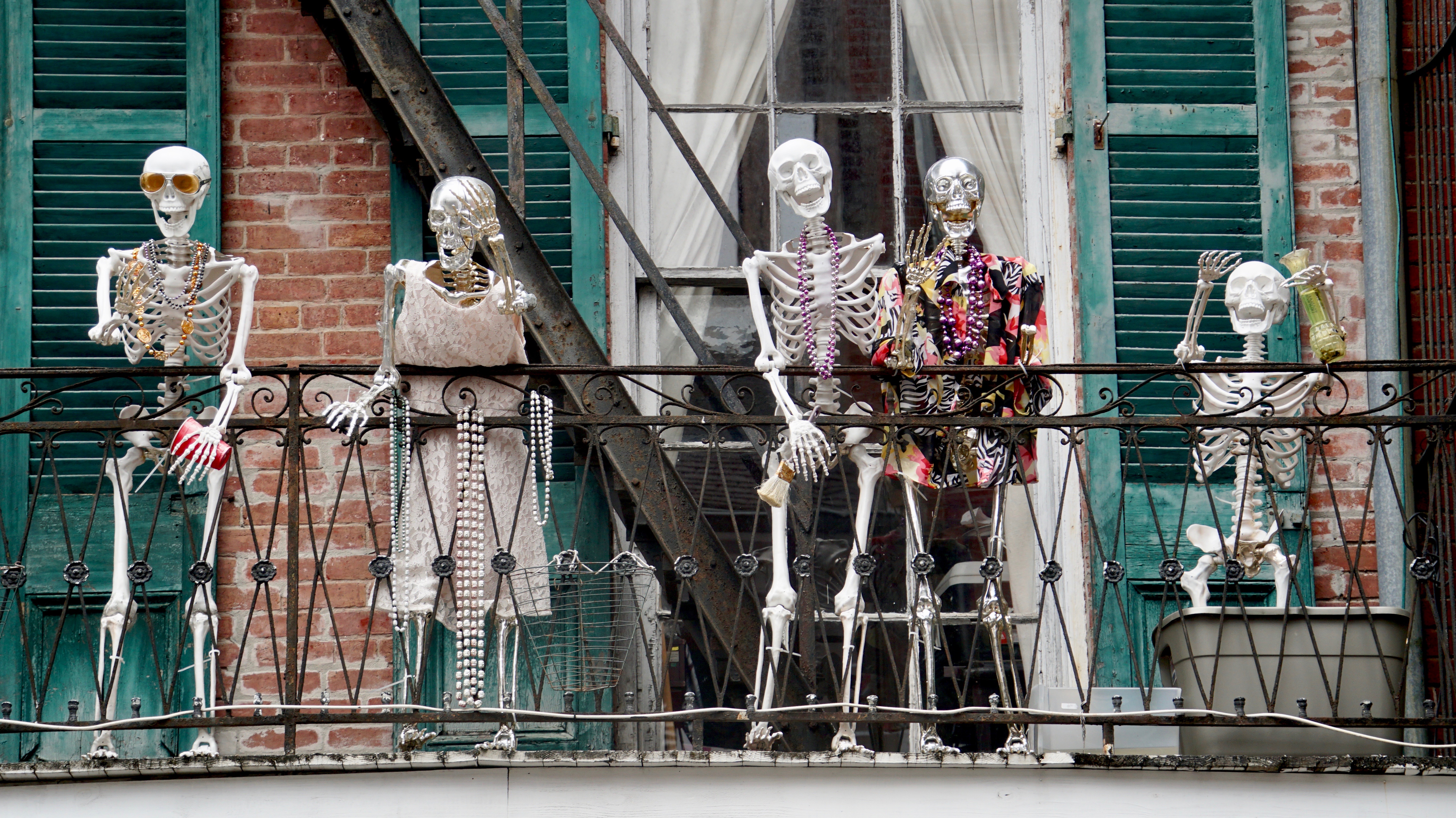 We’re taking a roundabout way home, a slight detour to stop off at “the “Big Easy,” the nickname for New Orleans, the Louisiana city on the Mississippi. We love the colorful, live-music scene along Bourbon Street, the wrought iron balconies of the French Quarter, and the spicy, flavorful Créole cuisine. With its melting pot of French, African, Spanish, and American cultures, it reflects a rich history of changing ownership between countries. It’s one of our favorite cities to just come and stroll the streets, and partake in some wonderful food.

New Orleans was founded in 1718 by the French, which accounts for these lacy iron balconies along the heart of the town. France lost control of it to Spain, but eventually won it back. Labor was an ongoing issue so the French colonists brought enslaved Africans to help them develop their colonies.

France eventually sold the New Orleans area to the US in the Louisiana Purchase in 1803 for $15 million. As populations eventually mixed, a new term emerged in the 1700s, first used by the French – Créole, to distinguish those born in Louisiana, from those born in Europe. The Créole cuisine that resulted from this is a blend of French, Spanish and West African with some influence from Haiti, Germany and Italy. As you can see, New Orleans became quite the place of a unique mixture of nationalities.

There’s shopping-a-plenty going down Royal Street. For every three shops where you can find knick-knacks to fill an entire suitcase, you will find a fabulous restaurant of Créole Louisiana food. Shopping-eating-shopping-eating…one can go crazy here.

If you come to this city, go to the Park in the center of town and you will find yourself at Cafe Du Monde, a New Orleans institution that has been serving their world famous beignets and chicory coffee for over 100 years.

If you don’t know what a beignet is, it’s a light, fluffy little pillow covered with lots of powdered sugar. Delicious, delicious donuts really, and it’s easy to eat lots and lots of them. You have to eat them here in New Orleans because this is where they come from. Partake in the tradition!

You can’t go far before you find a wonderful créole restaurant. Must indulge…gumbo soup, jambalaya, po’ boy sandwich…it’s all good!

Late at night, Bourbon Street comes alive with jazz music pouring out into the streets from every place that has a neon light. They close the street off to traffic, and rebel rousers can walk with hurricane drinks and fancy cocktail concoctions down the middle of the road, dancing to whichever music suits your mood.

I guess New York isn’t the only city that never sleeps. 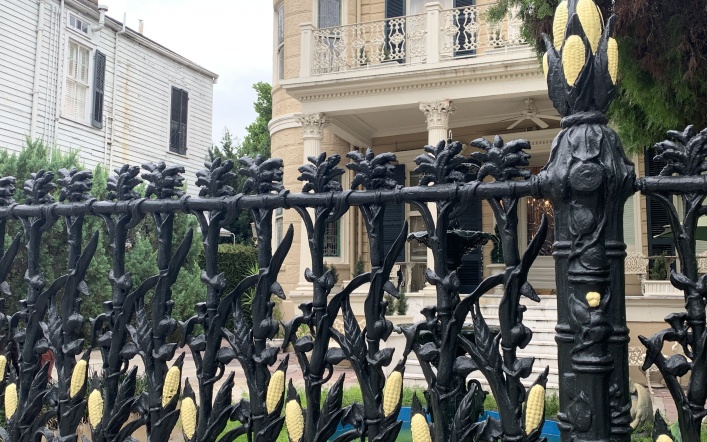 Where is Benjamin Button?

In the charming Garden District, oak-shaded streets line a mix of homes, a variety of architectural styles, from single-story cottages..