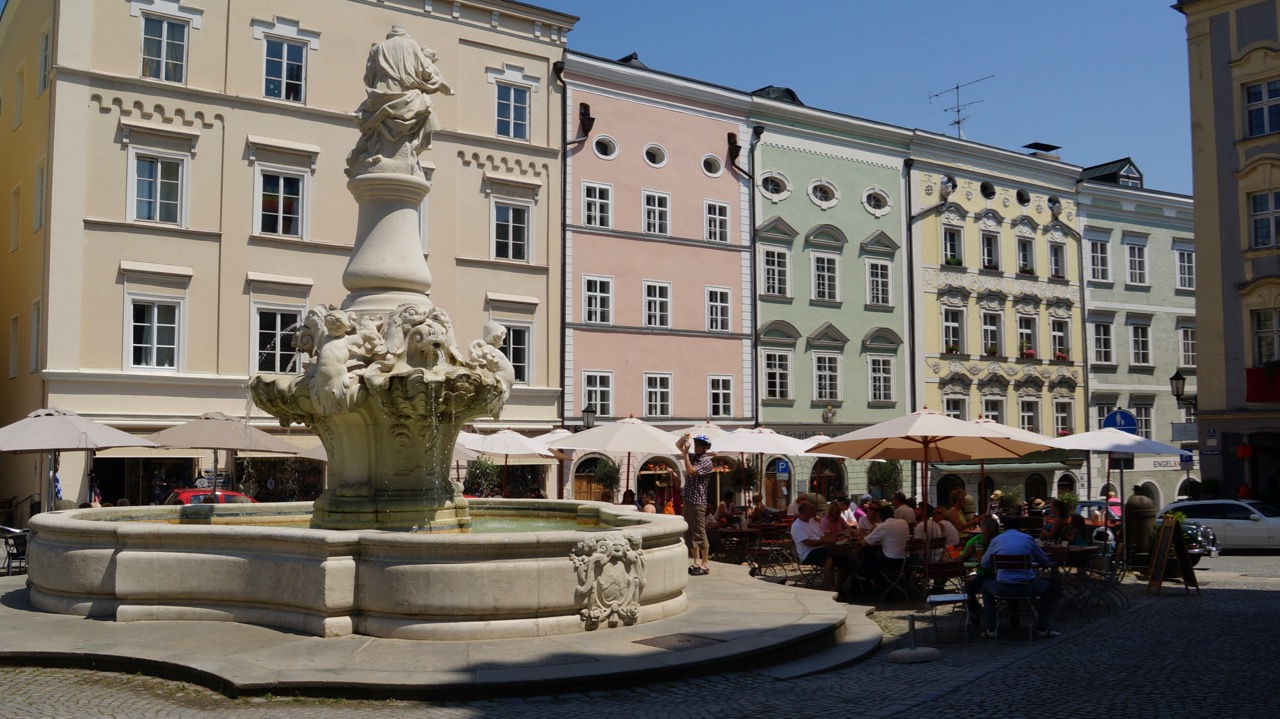 Passau is known as the City of Three Rivers because of its location on the Danube as it intersects with the Inn and IIz Rivers.  The Holy Roman Empire was not centered in Rome, but actually in the Kingdom Of Germany, with many districts under the supervision of a bishop, with Prince Bishops becoming the ultimate ruler of each diocese.

In 1219, Ulrich II, the first prince-bishop of Passau, built a fortress at the top of the hill to express the military strength of the bishop, his status as an elector of the Holy Roman Empire, and to protect against both external and internal enemies.  Over time, the fortress was renovated and extended.  The inscription on the side of the building refers to the year of one of those renovations.  In those days, the figure that looks like a Christian fish symbol, or half of an 8, represented exactly that, which would make that date 1499.  The fortress is now a museum and restaurant with an excellent view of Passau from above.

St. Stephen’s Cathedral is a beautiful baroque church, who’s building began in 1688.  It was the seat of the Catholic Bishop of Passau and the main church of his area.  It’s always amazing to see the simplicity of the exterior and the grandeur of what is inside. 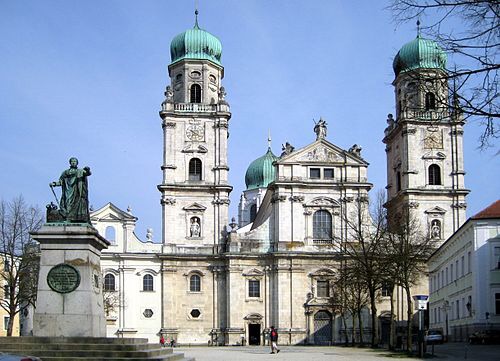 St. Stephen’s has the largest cathedral organ in the world. The organ has 17,774 pipes and 233 registers, all of which can be played with the five-manual general console in the gallery. We were going to hear an organ concert in the church this afternoon, but due to a thunderstorm, our ship was delayed by two hours, and we ran out of time. Darn it! Can you imagine what that would have sounded like resonating thru the acoustics of this gorgeous church? 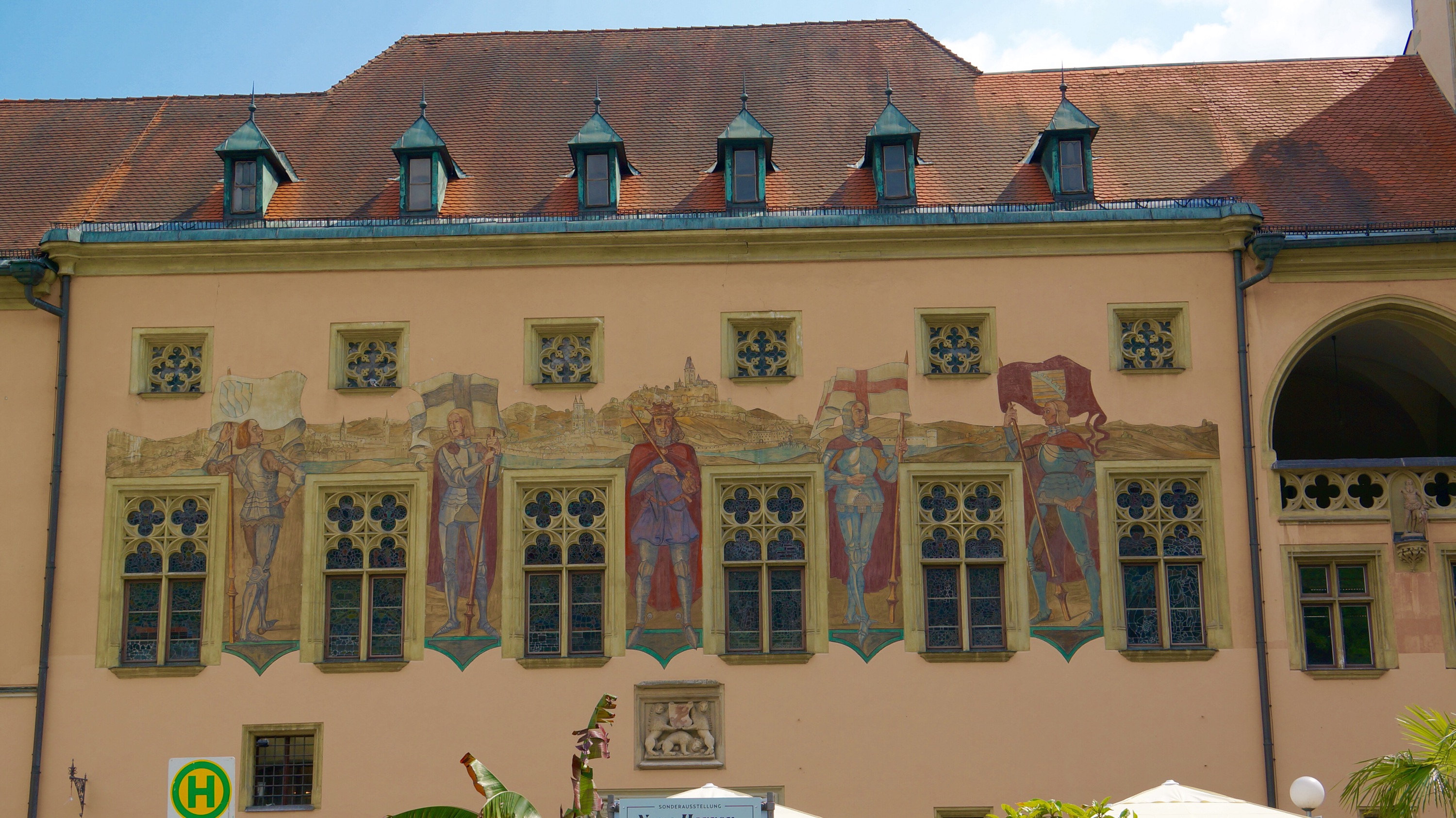 The old town hall near the river is charming and beautiful with its exterior paintings, and clock belltower, but unfortunately, it is located in a precarious location. Due to the the joining of three rivers, Passau has been flooded many times, and there were markings on the town hall wall showing water levels during past floods, the last one as recent as 2013! We heard today that some elderly people refused to leave their houses during the floods, and the local firemen would row down the alleyways in boats to pass food to the dwellers to sustain them until the flood receded. I am oh so happy not to live in this town where the entire lower section was under More than 20 feet of water!!

This is our last stop in Germany so we had lunch at on one last pub to get a few things that Germany has been famous for… some great bratwurst and beer, sauerkraut, and roast pork and dumplings.  The one thing that we kept seeing people eating,  but hadn’t tried was the pig’s knuckle. This being our last chance, we ordered it, and wow – was it ever good!!!!!

One thought on “Three Rivers at Passau, Germany”