Two by two at the Ark 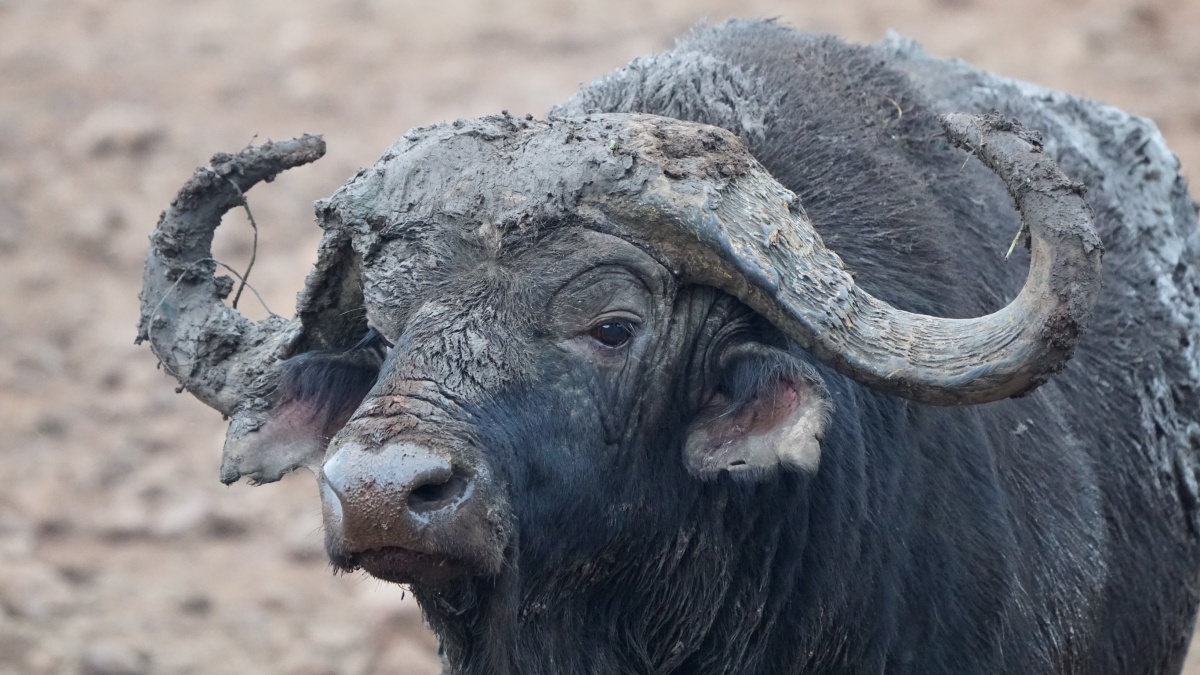 On our way to next location, we stopped for lunch at the Aberdare Country Club. The clubhouse overlooks the Aberdare National Forest. We have driven up into the mountains, to an elevation of 6000 ft above sea level.  It rains more frequently at this higher altitude.  What was dry brush with a sandy dusty flat plains has become lush green vegetation, and the temperature has dropped considerably to where we all need jackets with the much cooler temperature.

It’s the first time I’ve ever seen wild zebras roaming the grounds of  golf course.  Girls, all I have to say to you is if you ever wondered if broad stripes make your butt look big, the answer is in the photo of these buchele zebras.

They definitely look a lot huskier and wider across the beam than the Grevy’s zebras we saw in Samburu. They are free to roam the gold course so I guess you just have to play around them. They would be a major distraction for most of us!

We’ve entered the Aberdare National Park, 300 square miles big and home to 2000 wild elephants and a few popped their heads through the lush brush.

For whatever reason, we are not allowed to bring our luggage.  We have to cram a toothbrush and toothpaste, a spare set of clothing for the next day, and all my camera gear into a little day pack.  It has something to do with limited space for vehicles at the next stop.

The Ark is certainly an interesting four story hotel.  We take a bus which drops us off at a special wooden bridge which allows you to walk, suspended over the forest below and enter the hotel on the third floor.

There are four different levels of balconies overlooking a fresh water mud pond, three are enclosed with glass, a fourth one open to the elements.  There is no access to the outdoors except these balconies, since everything else surrounding belongs to the animals.  Any human out there could suddenly become food for an aggressive animal.

All day and night, animals come here for water.  Interesting that today, so far, all the animals all show up in two…just like Noah’s Ark.  It’s a lot warmer to observe the animals from the glass enclosed balconies, but quickly discover that shooting photos through the glass results in blurry photos.  So I guess I’m stuck with going to the outside balcony, and wow, is it cold out there!  During the afternoon, we had a few visitors to the watering hole…

A buzzer sounds off in your room when the animals show up…one buzz for elephants, 2 for rhinos, 3 for leopard, and 4 for anything unusual.

By dinner time, everyone is slightly disappointed. We’ve seen la lot of the same elephants, wart hogs, crested cranes, in previous places, and under better conditions.  Everyone heads off to bed, relying on the buzzer to wake us up if any interesting animals arrive.

For whatever reason, (still jet lagging a bit) I wake up at 1:30am and look out the window.  I flew out of bed and started shaking my husband.

“Chuck, wake up!  Put your pants on!  There’s something outside that looks like elephants but it’s not elephants.”  Blurry-eyed, he looks out the window and says “huh? Ok, give me a second” as he stumbles around in the dark.

Throwing on some clothes and grabbing all the camera gear, we head for the outdoor balcony.  Brrr…!  It’s now fifty-five degrees and blowing.

“Is it drizzling out here?!” Chuck says, still not quite awake and starting to shiver a bit from the cold.

You would think with all this fancy camera equipment I have that I could get some great photos, but alas, nothing I have with me can take photos in low light.  I guess the brown buffalos against the brown dirt at one in the morning is just impossible for the cameras to distinguish the animals from the background as all the lenses were constantly moving in and out trying to find the focal point.  But I got a few shots with my trusty iPhone.

When we came back in, we saw an employee sitting by the fireplace, looking at his iPhone.

“Just wondering but why didn’t the buzzer go off for these animals.”

“Oh, that’s not one of the four we ring the buzzer for. Sometimes we get 50 of those cape buffalos.

It’s now two am, and I cuddle up with what’s left of the hot water bottle they gave us at bed time, wondering what else I’m going to miss while I’m sleeping?!

My ears, now on high alert, listening for other animals that might appear at the water’s edge.  As I try to go back to sleep, I keep hearing a low rumbling sound, but it’s only Chuck, with soft and gentle exhales, slowly drifting off,  not worrying at all about what else might be coming.

Thankfully, two of the Cape buffalos were still at the watering hole in the morning and I was able to get a good shot of them now that daylight was breaking.

The little birds eat all the bugs and insects off the buffalo.

One thought on “Two by two at the Ark”