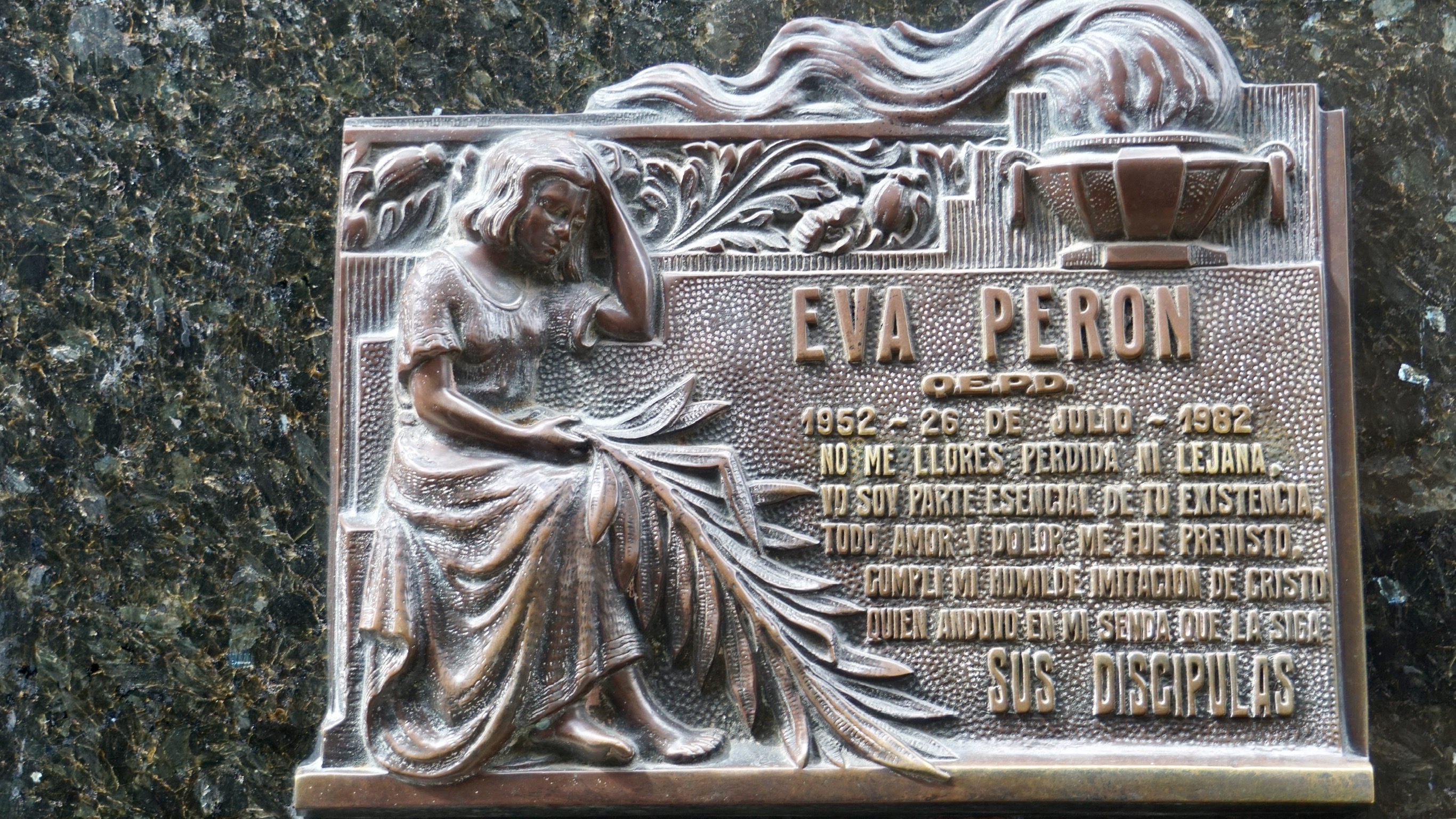 The energy and excitement of this capital city of Argentina is palpable the moment you start to drive the streets.  In this metropolis of 3 million in the city, and 11 million in the surrounding suburbs, it’s a landscape of very wide boulevards, lots of gardens, a rich cultural life and eclectic architecture that looks like Paris.

They call it the “Little Paris of South America.”  During the late nineteenth and early twentieth centuries the ruling elites of Argentina wanted to leave behind their adobe walled past and looked upon Europe as a model of wealth, status, and culture.  After visiting Continental Europe, they copied the fashions, tastes, and architecture of the Old Continent.

During the “Golden Years” from 1880-1930, Buenos Aires was the third fastest growing city in the world,  after Chicago and Hamburg.  The wealthy rulers wanted to show off their riches, and reenvisioned their image by rebuilding the entire city.   Gone were the adobe facades like those of Latin America and up came mansions, palaces, and hotels inspired by the dominant style in Paris and other European cities. 49% of the immigrants during the Golden Years came from Italy, along with those from France, Spain, Germany, Russia, and Poland.

The building above certainly doesn’t look much like a church, but it actually a very famous one at the moment.  It’s local name is now Pope Francis’ church since the current Pope Francis who resides at the Vatican now, was the archbishop for this church before he was appointed to his current position of Pope.

The Pink Palace is the office of the President.  You may remember one such famous President Juan Perón, who ruled from 1946-1955, whose wife Eva spoke to the people in the plaza below these windows.

In the movie, Madonna who played Evita, spoke right beneath the clock.

The real Evita spoke at the balcony right above my head…it was closer to the people and easier for them to see her and be heard.

No visit is complete without visiting the Recoleta Mausoleum where Evita Perón is buried.  During her life, she fought against the ruling class for her whole life, and it’s such a twist of life that she is buried here, among them, where only the very wealthy lie for eternity.  Although it is a cemetery, it’s really an outdoor museum.  They look like entrances to fancy apartments.  They go 15 feet below the ground, and cost about $1000 per square foot, more than the most expensive condos in Buenos Aires. 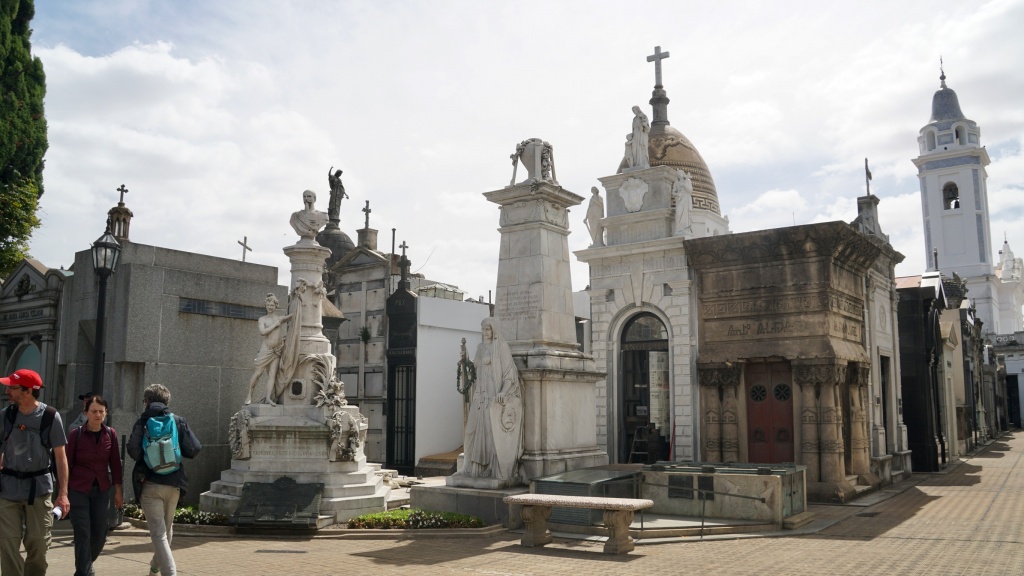 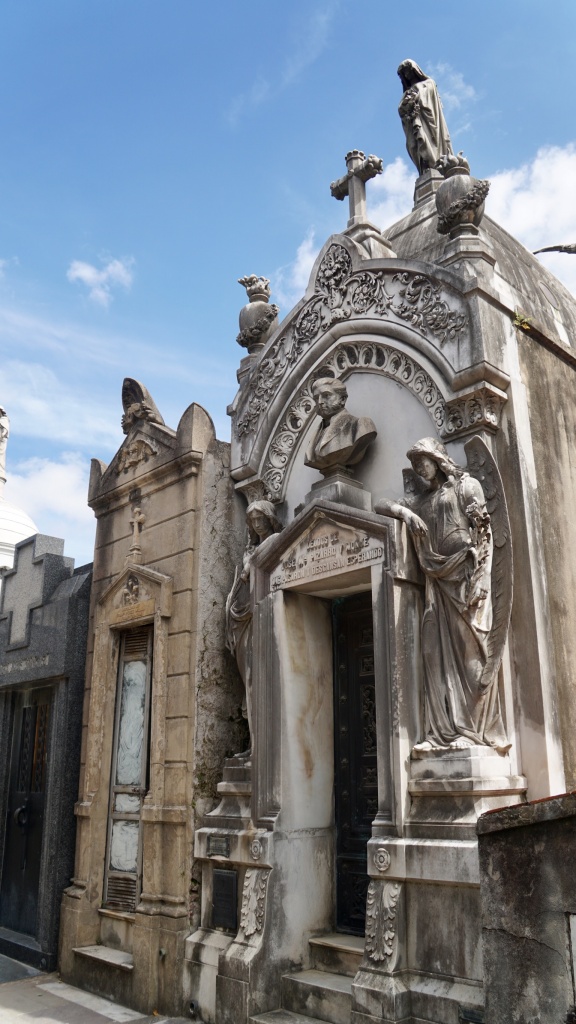 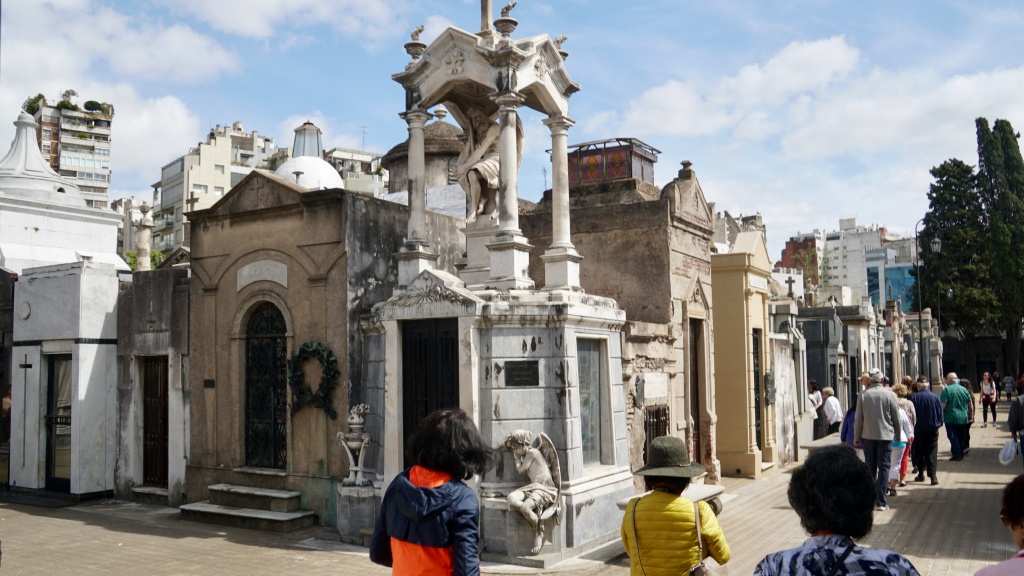 The city has so many little neighborhoods, each with their own color, flavor, style, and status.

One of the most colorful, but economically deprived is The Boca.  I could have spent hours photographing these vibrant restaurants and shops, but our guide told us it’s not a place for tourists to be wandering by themselves, especially at night.  Nothing screams tourist like wearing a Gate1 tag and carrying a camera, by oh what fun to walk these streets… 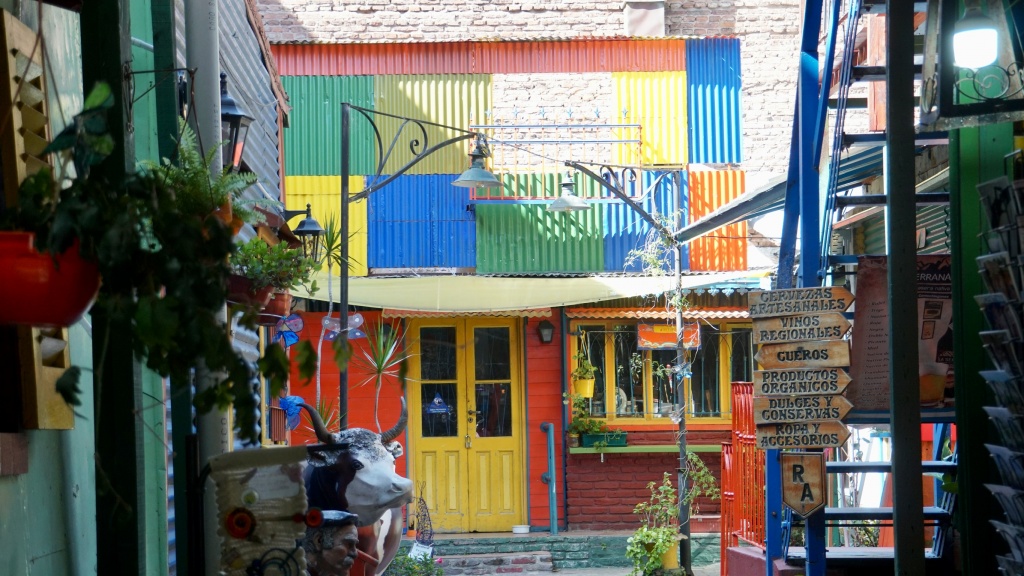 Tonight was a total treat to go to a tango dinner show, something for which Buenos Aires is really famous.  With the piano, the distinctive sound of the concertina, the base and violins playing the dramatic music, mixed with the intricate kicks and flicks of the fancy footwork of the amazingly talented dancer/athletes gives you a true appreciation for the history and flavor of this country. 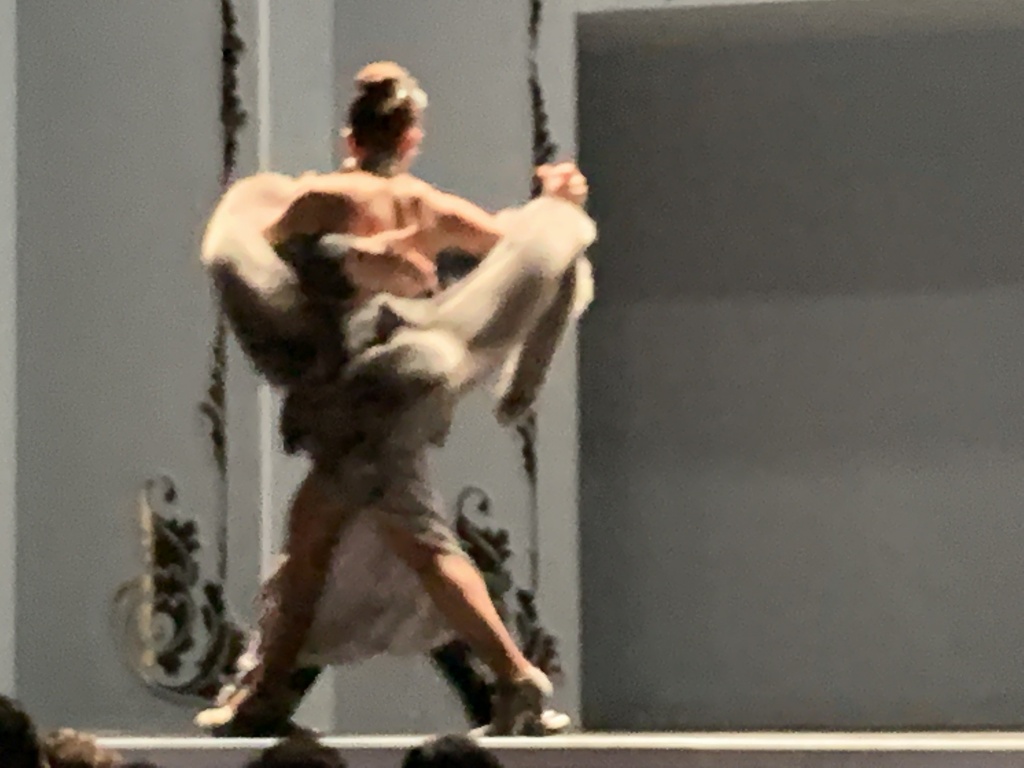 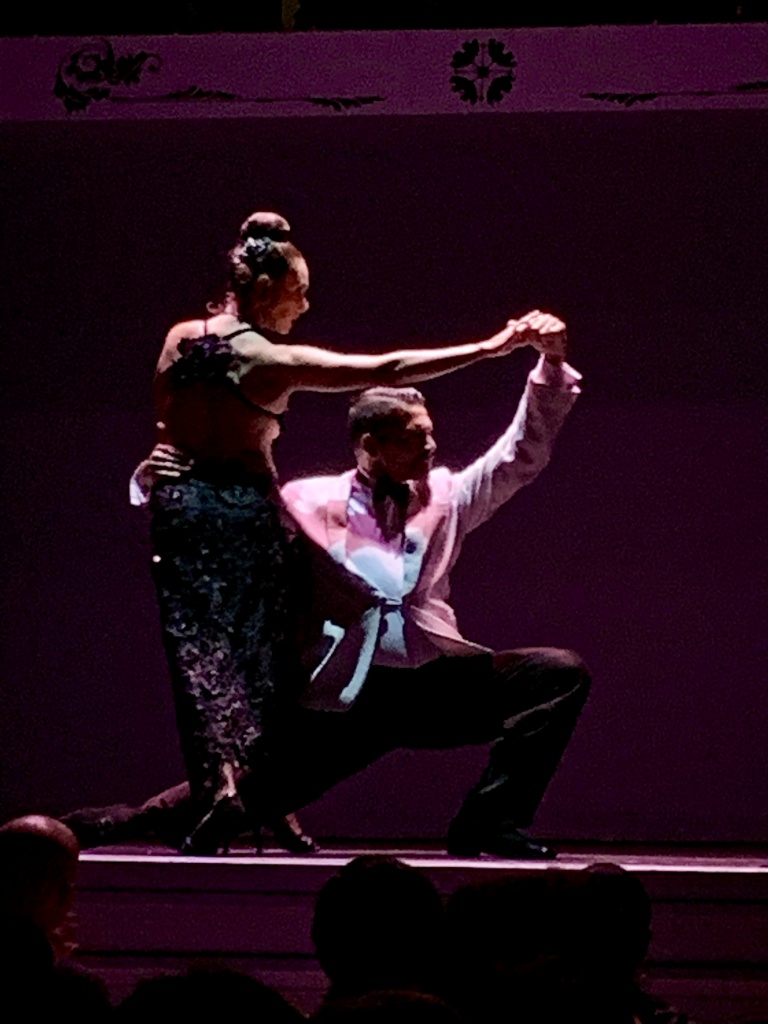 This is certainly a fascinating city, and we have only scratched the surface… 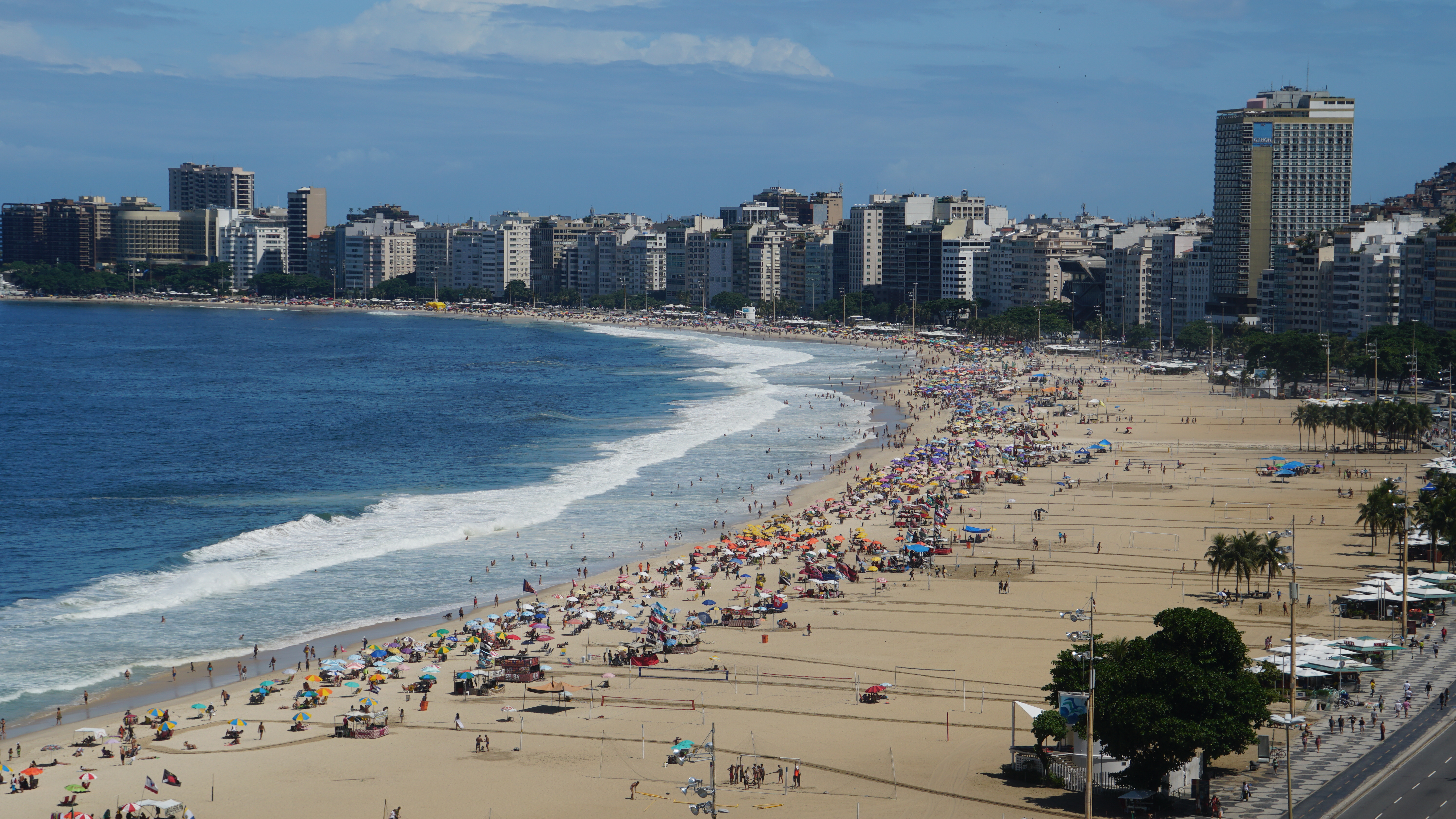 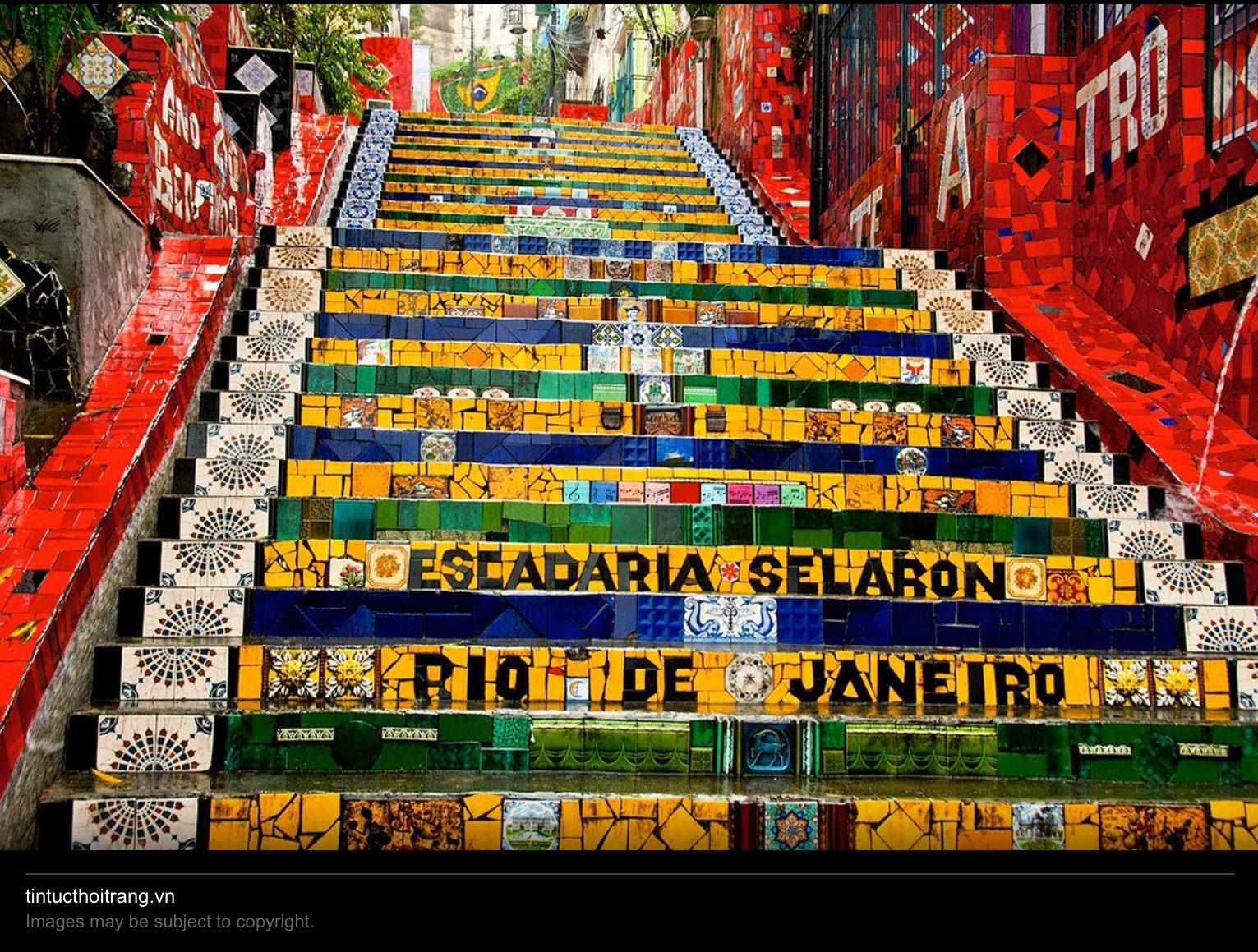