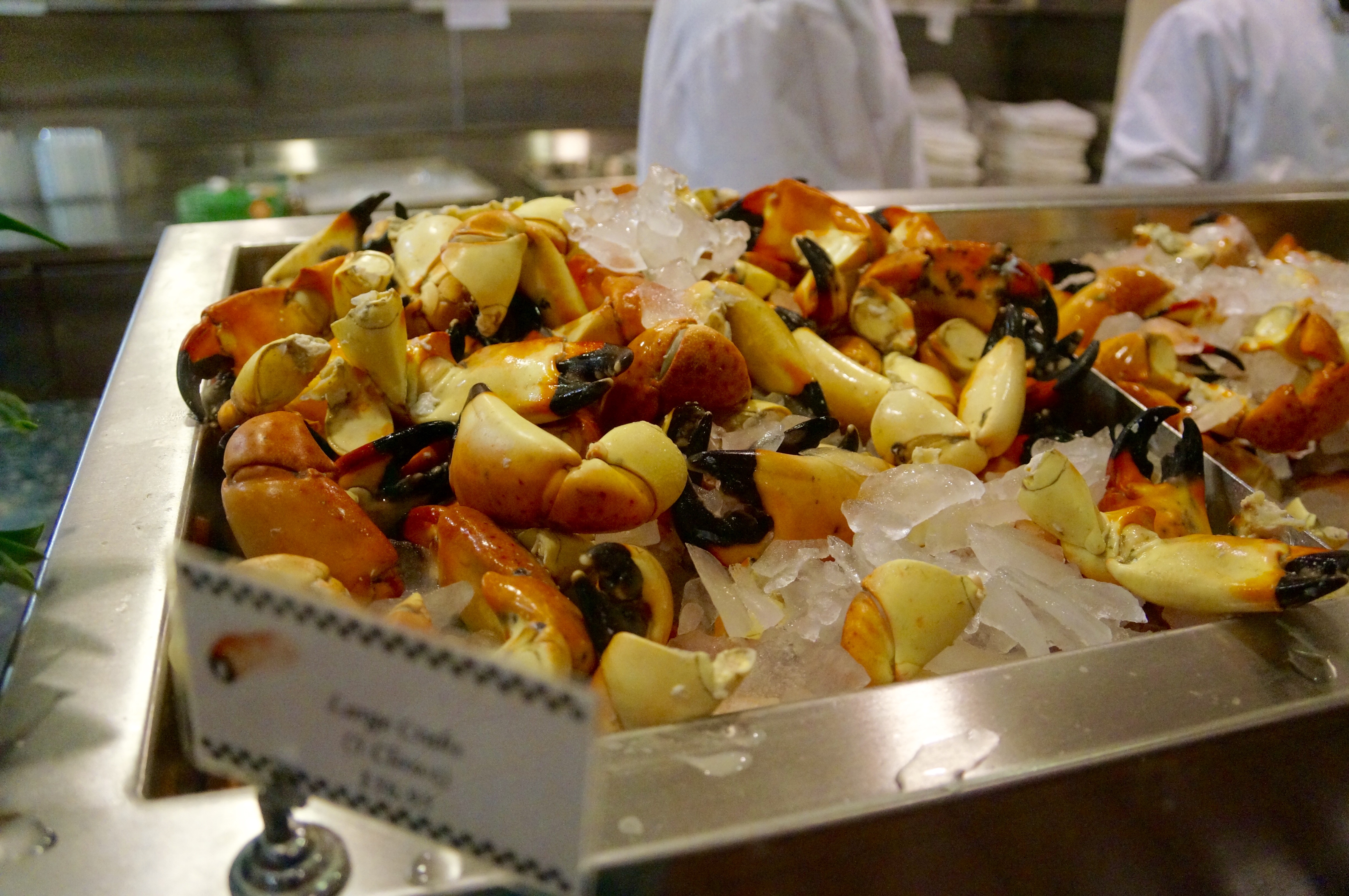 We are off to meet friends, flying today to Miami, Florida. It’s an all day trip flying five hours from California, getting up at o’dark thirty, dodging the commute traffic, fighting the rain to get to the airport two hours before our flight.  Five hours later, we landed in Miami Beach, walking out the airport doors into the warm breeze off the Atlantic Ocean. How nice, but it took all day.

Riding in our taxi, we immediately knew we were in a different place. Our driver was from Haiti, with his native language being Creole and French, his wife is Puerto Rican, speaking Spanish, and many of his passengers are East Coast people trying to get out of the cold and snow from New York and New Jersey.  As we rounded the corner to our hotel, he pointed out a restaurant saying, “That’s one of the best restaurants in town if you can get in.”  A light bulb went off in our heads remembering that we had seen it on Yelp when searching for the best places to eat in Miami.  When we are in a new place, it’s always a priority for us to seek out great food.  Since the sun was setting, and it was just a little us dinner time, we basically threw our suitcases into the room, and made a dash for Joe’s Stone Crabs Restaurant, three blocks away, hoping to beat the dinner crowd.

Reviews on Yelp said be prepared for up to a three hour wait because it’s almost impossible to get in…and they don’t take reservations.  That was amazing to think that we couldn’t get in because the restaurant took up an entire square block.  We were pleasantly surprised that we were able to walk right in and get a table.  All right!!  There were ten or so gentlemen wearing tuxedos greeting you as you entered.  There were four busboys attending to each table to replace the tablecloth, silverware, sweep the floor, and bring the bread, all in a matter of ten seconds.  Once we were seated, we started to see what the focus of this amazing restaurant was all about…Florida Stone Crabs.

Oh sure, there were a lot of yummy things on the menu…seabass, tilapia, Prime Rib, Alaska king crab legs, clam chowder soup, and conch fritters, but the holy grail was the Florida Stone Crab which is native to this part of Florida.

The Stone Crab season is from October to May.  The crabs are caught only for their claws, which are regenerated by the crab, so they are returned to the water to allow their claws to grow back.  During the crab season, the claws are cooked fresh on the boats, and immediately put on ice and taken directly to the restaurant.  Joe’s Stone Crabs Restaurant then seats 1,500 people per night, serving 1,500 pounds of fresh crab claws per night, with 400 employees to keep it all running smoothly.  When the season is over, the restaurant stays open for two more months, serving frozen crab claws, until they run out.  Only the most loyal, long-term employees get to work during these two months, many of them being employees for 35-45 years.  When the frozen crab claws are sold out, the entire restaurant closes for two months, everyone takes a vacation, only to reopen to a new crowd when the crab season starts up again the following year.  Joe’s Stone Crabs Restaurant is second highest grossing restaurant in the entire United States, with sales of $38 million a year.   It has always been a long time love of great food, family, and friends that keeps their customers coming back time and again.

Their signature meal is the stone crab claws served chilled and cracked  on a bed of ice, with drawn butter and mayonnaise, a side dish of creamed spinach, cole slaw, crispy hash brown potatoes, and a slice of ice cold key lime pie for dessert.  The crab is so sweet and tender that we could have easily ordered another plateful!  Not that the sides weren’t good, but next time, we are just ordering claws. 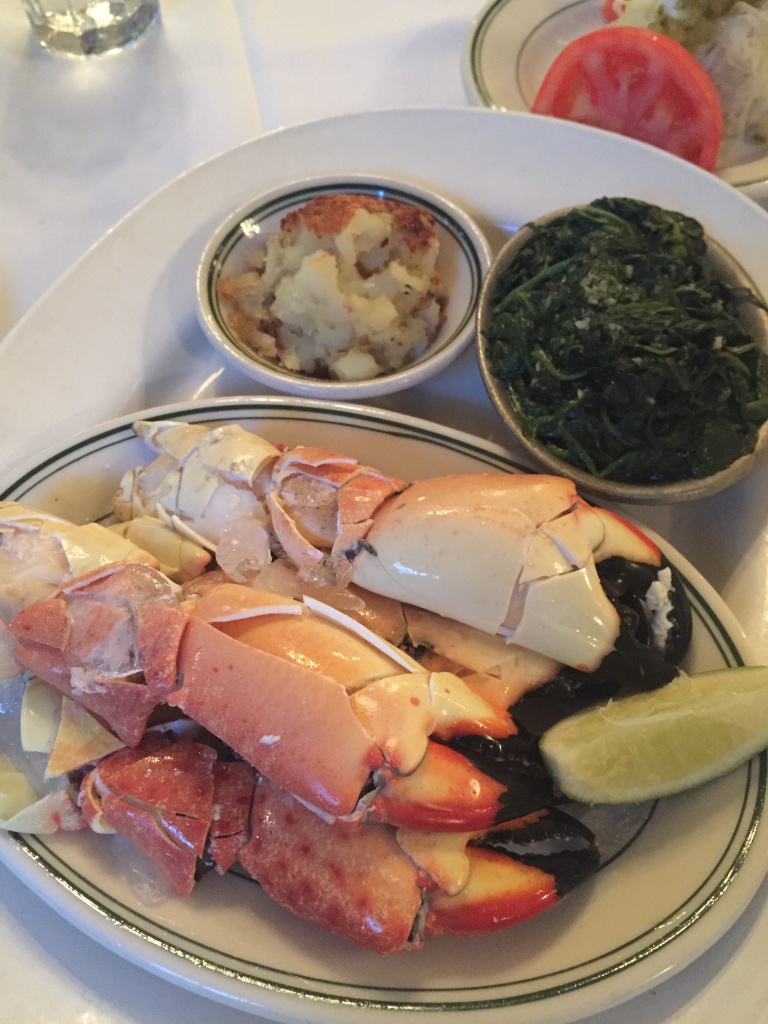 It’s an amazing place where the rooms keep going and going once you come in the front door.  They also have a Joe’s To Go section where you can order almost anything on the menu from soup to dessert to eat at a walk up causal bar, or pack it to go home.

If you’re in the Miami Beach area, no visit is complete without stopping at Joe’s Stone Crabs.  Having been here for over 100 years, it certainly is a landmark and will long stay in your memories as a wonderful place to dine. 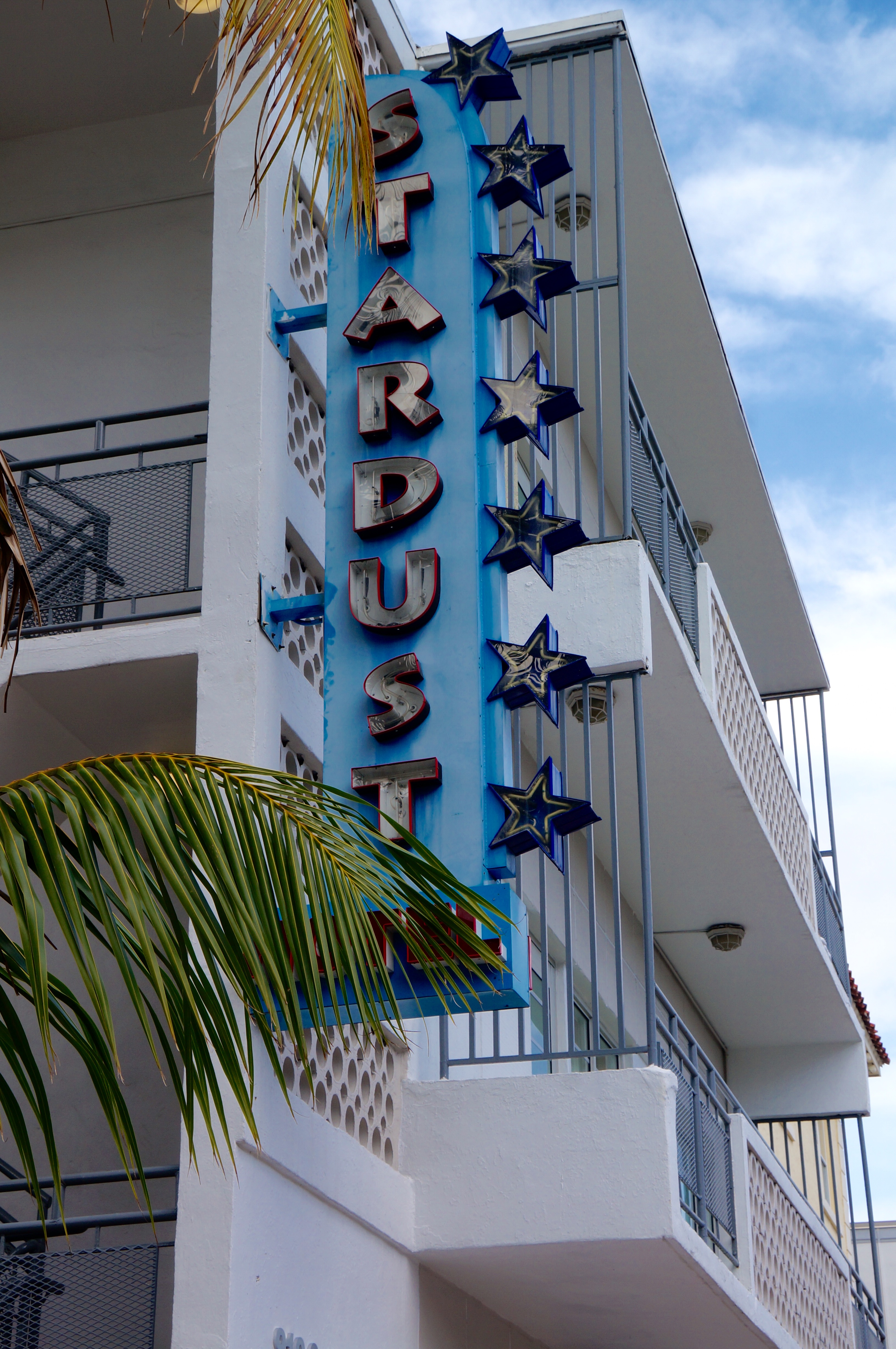 As a kid, I remember sitting at our dinner table on a Saturday night, eating a fried chicken TV dinner..