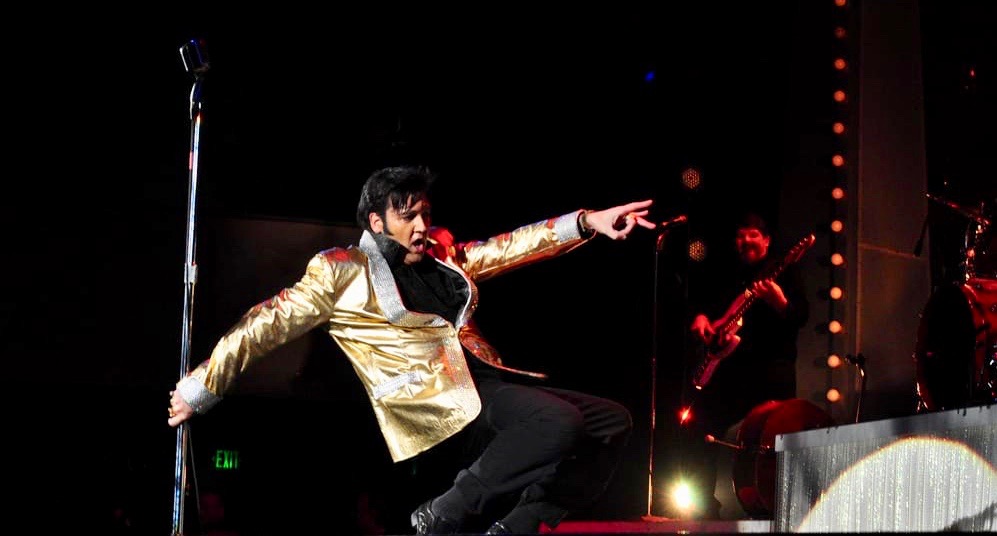 There are so many things to do in Maui…golf, scuba diving, hiking, zip lining, whale watching, sailing, luaus with hula girls and fire dancers, the list goes on.  You would never guess what Trip Advisor’s Number One thing to do when it comes to tours and activities in Maui…See Burn’N Love, the Elvis show, at the Maui Theatre in Lahaina!  That is at the top of their list!

When I was little, my dad used to take us every year to Lake Tahoe for vacation.  It was a week of going to the beach, having a few water ski lessons, and being out in the beautiful evergreen forest around the lake.  Our trip always culminated with a trip to the Tahoe Southshore to the Harrah’s Hotel, to see some headliner, over a dinner show, where the prime rib and baked potato is cooked to perfection and the showgirl came around to your table and snapped your family photo.  How lucky I was to see big name entertainers like Sammy Davis Jr, Tom Jones, Petula Clark, Shirley MacLaine, and Frank Sinatra.  I’ve been a big fan of live entertainment ever since then.  There were a few entertainers that I, regrettably, somehow missed…Prince, Michael Jackson, and Elvis Presley.

Well, regret no more because Elvis Presley is alive and well in Lahaina, Maui!!  Elvis Presley?  Really?!  An Elvis Impersonation show?  OK…I had my doubts…but it was raining cats and dogs in Maui…so no sailing, no scuba diving, no suntanning, no laying at the beach, no hiking… after all, it was winter in Maui, so we got out of the rain, bought tickets, and went to the Elvis Show.

If you think about it, Elvis had a very strong connection to Hawaii.  He made so many Hawaiian movies (Remember Blue Hawaii?),  he visited Hawaii often, and he had that history breaking Aloha from Hawaii concert, the first ever to be broadcast, by satellite, all around the world.

Elvis comes back to life in the form of Darren Lee, a Canadian, by way of Las Vegas, and the man does not disappoint!!  He has the legendary costumes, he’s got the moves; he’s got the dancing down; he had is jewelry made by the same people that made rings for Elvis, he’s got all the little ticks and gestures of Elvis; he looks a lot like him,  and if you close your eyes, his voice is almost the same.  You will come out of the show feeling as though you really have seen Elvis.

Darren got his first guitar at three years old and has been at it ever since.  After an eleven year run as one of the top Elvis impersonators in Las Vegas, he decided that he did not want to raise his twin daughters in that city.  With some financial backing from a friend, and negotiating with the management of the Maui Theatre, he is now living his dream in Maui, and performing four nights a week at the Maui Theatre in downtown Lahaina.  In 1997, Darren entered the World Elvis Competition, the grandest and most competitive platform for people in this business, which took place in Memphis, the hometown of Elvis Presley.  It was there that Darren was voted as the best Elvis Impersonator in the World.

It’s a rockin’ show.  It starts with the early years of Elvis, and goes through so much history, milestone markers in the life of Elvis  that will take you back and walking through memory lane.

When he gets to the Hawaiian portion of the show, it all makes sense that Elvis is in Maui.  Cue the hula dancers, the Hawaiian shirts, the flower leis, and all the music that we know and love from this part of history.

Darren is so personable.  He takes time to come out into the audience and shakes hands, talks to his guests, and usually brings a lucky gal onto the stage with him to sing closeup, holding her hand.  That moment brings back all the stories we have heard of Elvis and how close he was to his own mother, Gladys.

It’s an emotional show…he sings rock and roll, he does the slow ballads, he sings old church songs from his religious upbringing, it’s patriotic, sentimental, and majestic through this roller coaster of a show.  How one man can possess so much talent and passion is wonderful and awe inspiring to see.

Here’s a video promo video for his show…

…and here’s one of my favorite numbers he did.  It has everything…it’s rock and roll, part ballad, it’s got all the Elvis gestures, the dancing, and this guy can really rock out a song!

After we saw one of Darren Lee’s shows, how coincidental that we happened to catch the PBS showing of “Aloha from Hawaii”, the original 1973 satellite broadcast show playing on television.  We watched Elvis, in his white jumpsuit, singing one of his signature songs.  We turned to each other and said “I think Darren does Elvis better than Elvis does…”  Of course by that time, the real Elvis was in his heavier years and he didn’t bounce around as much, whereas Darren Lee is a rocket launcher of energy from the moment he gets on the stage until the show is done.

So after the golf, swimming, sailing, fishing, surfing, and playing in the sun, make sure and go see Burn’n Love the next time you’re in Maui.  I have seen the show nine times and have taken over 20 friends to see it…HE’S THAT GOOD!

It’s always a great time to go to Maui, but February is one of the best months to go.  It’s.. 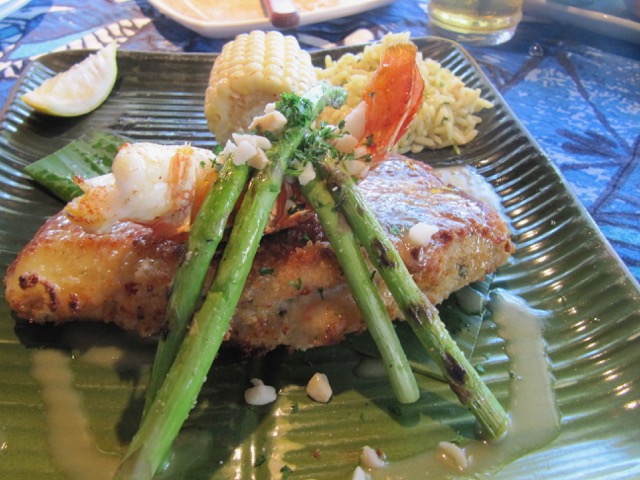 There is no shortage of wonderful restaurants in Maui to experience the food which has come to characterize the cuisine.. 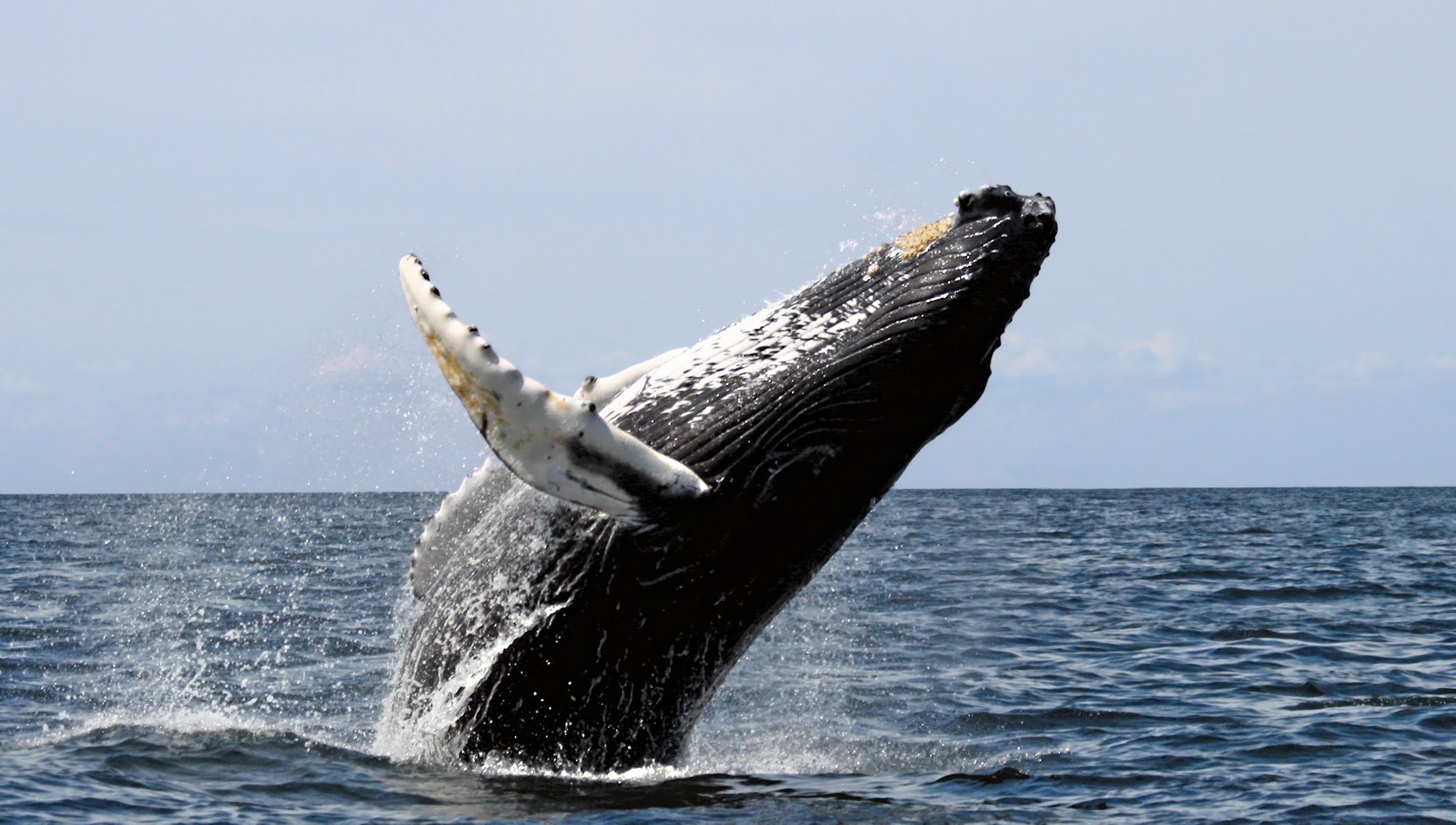 My Dad had the best idea ever to send me to the University of Hawaii for summer school my junior year..