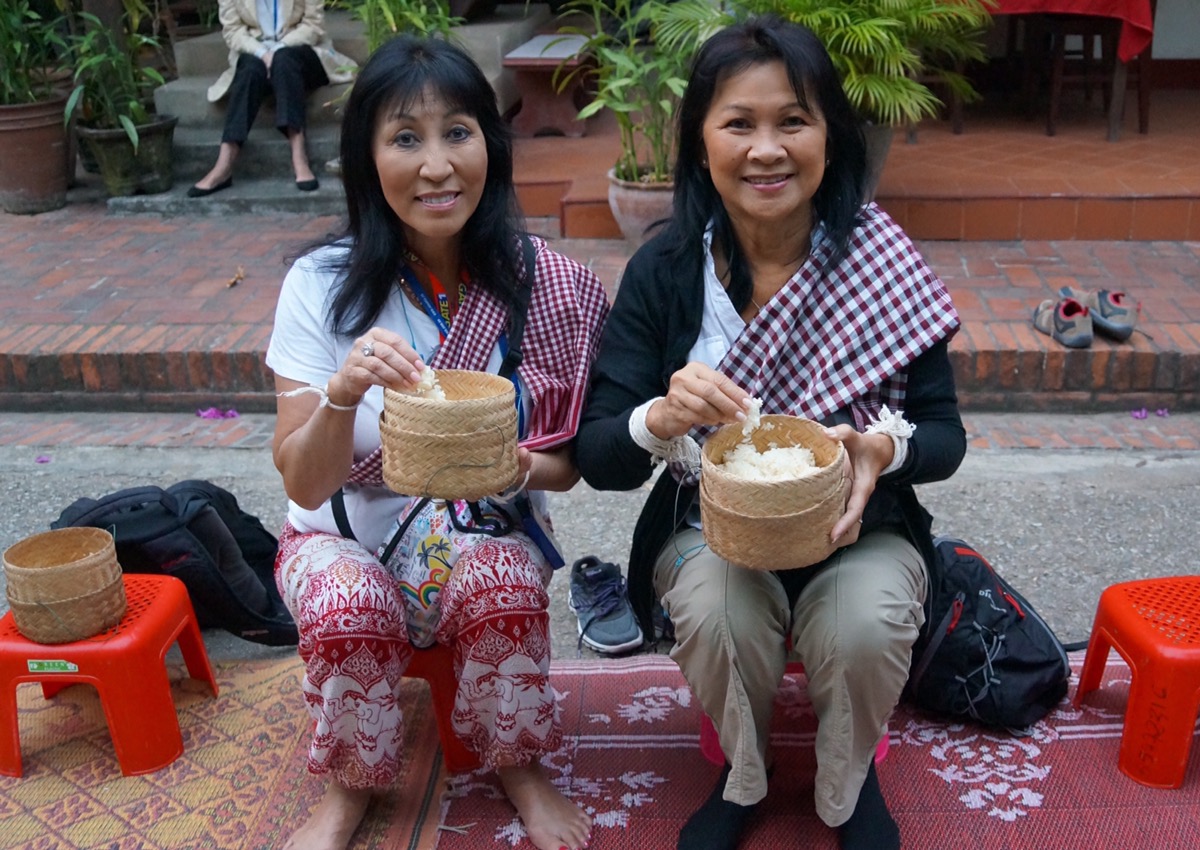 I’ve fed turtles, iguanas, seals, fish, dogs and cats, hamsters and rabbits, ducks and geese, but today was a first- we fed monks in Laos!  We rose at 5am to get ourselves to the right location for the giving of alms to over 400 monks.

Almost 100% of the males in Laos enter the monasteries to become novice monks for a period of time.  It is a way to go to twelve years of school for free.  There are only a few public schools in Laos, and most parents must pay for girls to go to school.  The males have an option to stay, or leave after an initial learning session, while some may remain for a lifetime of devotion.

Monks live off the kindness of the local people for two meals a day…breakfast and lunch, and they go without dinner.  The locals come out at 6am, with rice, meats and sauces, and sweets while a parade of monks walk by in silence, presenting their baskets for the villagers to feed them.  This is done every day of their life as a monk.  We saw several hundred, but there are thousands who do this near their local temple each morning.  What a lesson in being humble and grateful.

A visit to a paper making village was next.  One feels so fortunate when you see what a simple life these people lead.  Hand making paper is a time consuming process of soaking the bark from the mulberry tree, pulverizing it, drying it in the sun, and embellishing with flowers.

The whiskey and rice wine village was the biggest surprise of all.  Like much of Laos, the village is simple and modest, the ground floor open to the pathway selling beautiful hand woven goods, with the families living upstairs.

We finally got to the last booth, where the distillery was.  I’m not sure what I was expecting, but I think it’s a Laotian version of a making moonshine!!

We boarded a riverboat to travel on the Mekong River to explore the countryside.  Suddenly, we all felt like we were on the set of Apocalypse Now and we were going to see Marlon Brando in a little village on the hillside at any moment. 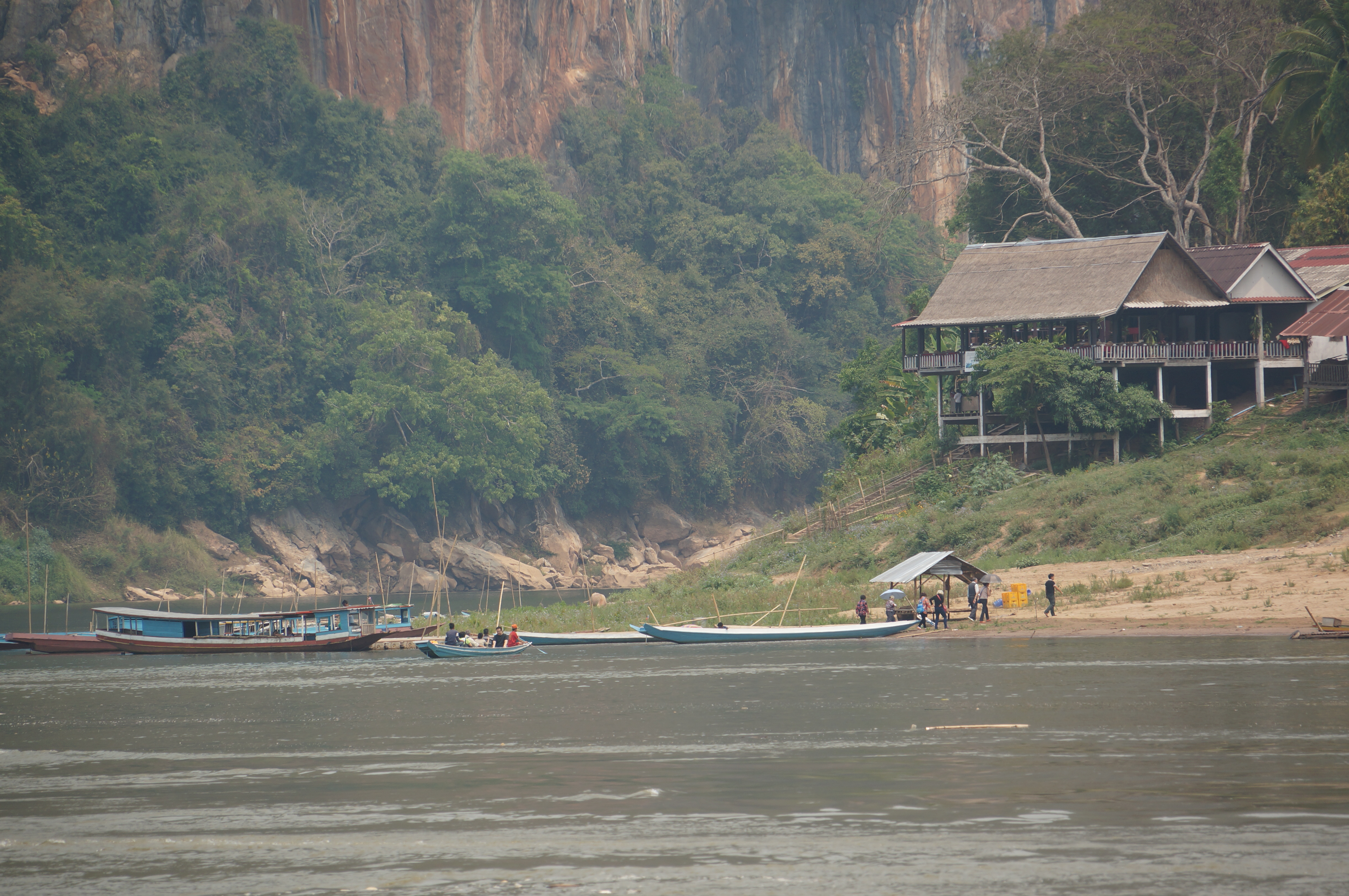 After floating down the river for thirty minutes, we came to Pak Ou Cave, an upper one and lower one that has become known for the thousands of Buddhist statues that have been put into the cave by believers.

The last stop in our day was to the Temple of the Golden City.  Built in 1560, this site is of great importance for housing the ashes of many members of the Royal family.  Interesting note about the last king of Laos…after the Vietnam war, where 2.5 million tons of bombs were dropped on Laos, the king and his family were imprisoned when the communists took over.  The king died in 1984 in a camp.