Visiting the ancient capital of Hue is certainly stepping back in time.  The Imperial Palace is located here, the former home of the Vietnamese royal families from 1804 until the mid 1900’s.  A moat surrounded the  fortress compound where 13 Vietnamese kings over five dynasties ruled. Many of these kings had wives, consorts, and concubines, one had 104 wives and 163 children. Once the women entered the palace, they never were allowed to leave or have visitors until the king died. Like the Forbidden City in Bejing, in some respects, it became a prison for many who entered.  If you were a male, the only way you could live behind these palace walls was if you were a eunuch.

Line them up in a row, but this long hallway was the sleeping quarters for all the concubines.

We can’t imagine what it was like to live in this palace wearing their fancy costumes. We were struggling to walk around the complex in the 98 degree heat plus humidity. We were definitely all melting and exhausted from the heat!

By late afternoon, we toured the city via cyclo rickshaw.  A seat right up front peddled by a cyclist from behind tours you through the main part of town and mixes you right in with the hundreds of thousands of motor scooters and cars. Sometimes you definitely felt like you were on a Disney E-ticket ride hoping there would be no collisions!  My favorite part was going through the farmers market…watching locals bargain for fresh fish and produce.  This was great fun and only cost about $8 for an hour ride.

We also stopped by another handicraft business along the way, a marble factory.  This artist is carving an elephant, which will take him six days a week, eight hours a day for 2 months.  He makes $300 per month.  The girls then polish the marble eight hours a day for ten days until it shines. They make $200 per month. The factory makes everything from small beaded bracelets and jewelry boxes to large carvings that would flank the finest hotels in the world.   It is amazing what the hand of man can do. 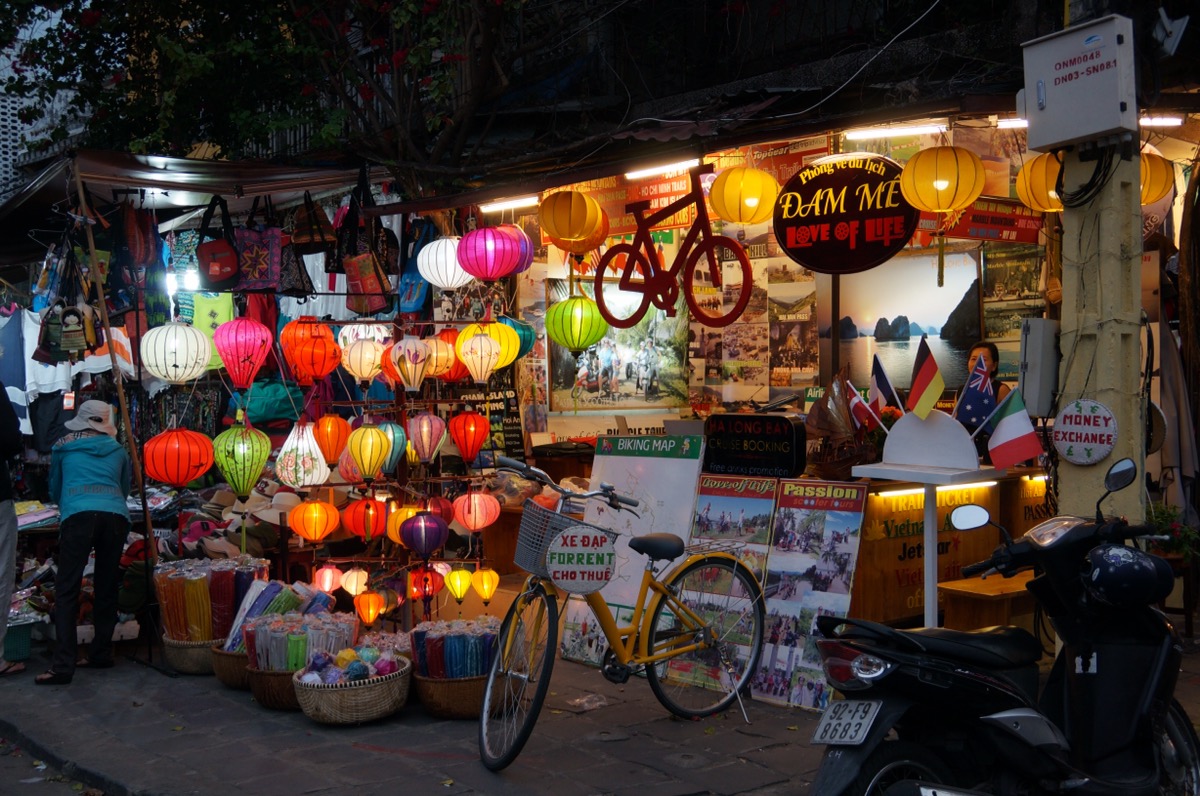 Hoi An – A Shoppers Paradise in a Viet Nam

We flew to Dan Nang this morning. It’s a short drive to the charming city of Hoi An.  This beautifully..