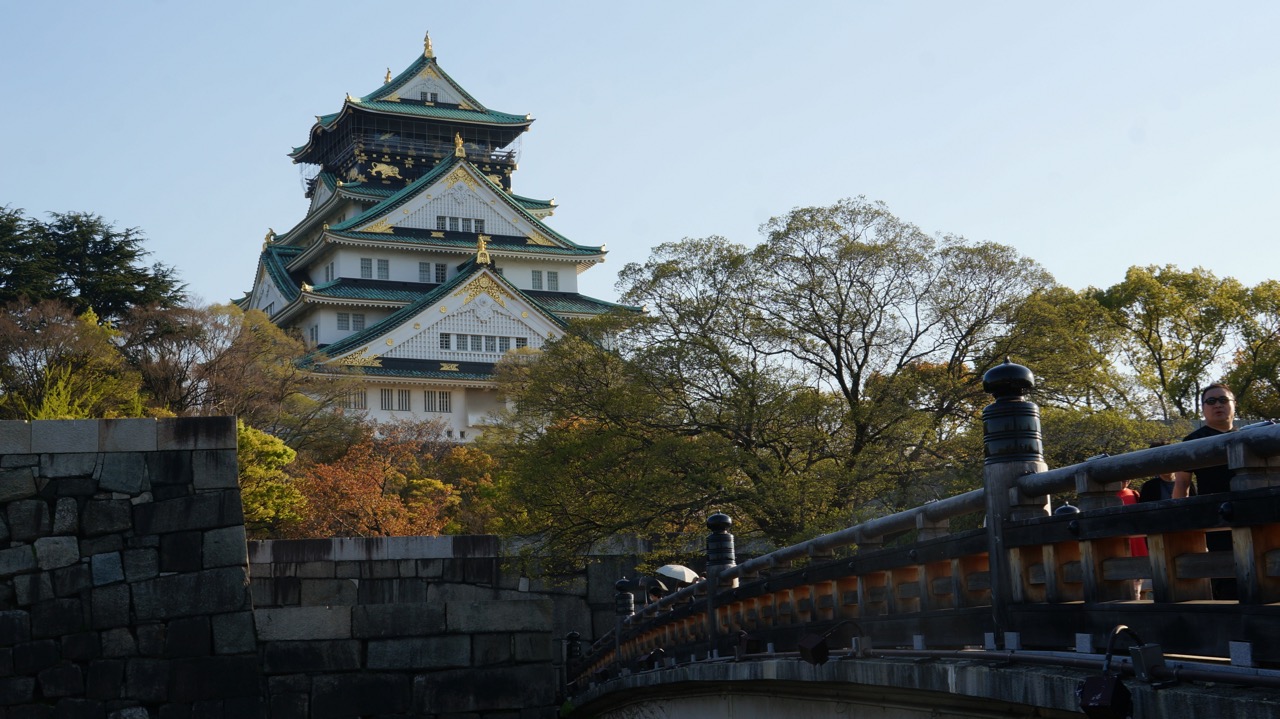 We’ve moved to a different hotel,  27 miles from Kyoto to Osaka, the third largest city in Japan, after Tokyo and Yokahama.  Historically, this city is the commercial center for Japan, along with having a busy nightlife.  As fun as it was to stay in a Japanese ryokan, wearing kimonos around the hotel and sleeping on tatami mats on futons on the floor, we are thrilled to be back in a western style hotel and have a fluffy bed again!

We went to visit Osaka Castle, one of Japan’s most famous landmarks often seen in posters and advertisements for Japan.  Built in 1583, the castle is five stories high, with three stories built underground, with beautiful gold leaf adornments featuring cherry blossoms, fish, and tigers.  You can climb to the top floor for a magnificent 360° view of the the Osaka skyline.  A moat surrounds the castle, along with a formidable wall of interlocking granite built without mortar, designed to intimidate their enemies.   The castle has a long history of changing hands during many battles and wars throughout Japan’s history, but today is it a museum.

We’ve been so lucky with our timing during our trip with the cherry blossoms in Tokyo and Kyoto, but unfortunately we are at the tail end of the flowering here in Osaka.  I took these photos with the cherry tree branches in the photos anyway.  This castle is beautiful and amazing all on its own, but you can imagine how spectacular this must have been last week when the cherry blossoms were in full bloom.

One thought on “Osaka Castle”