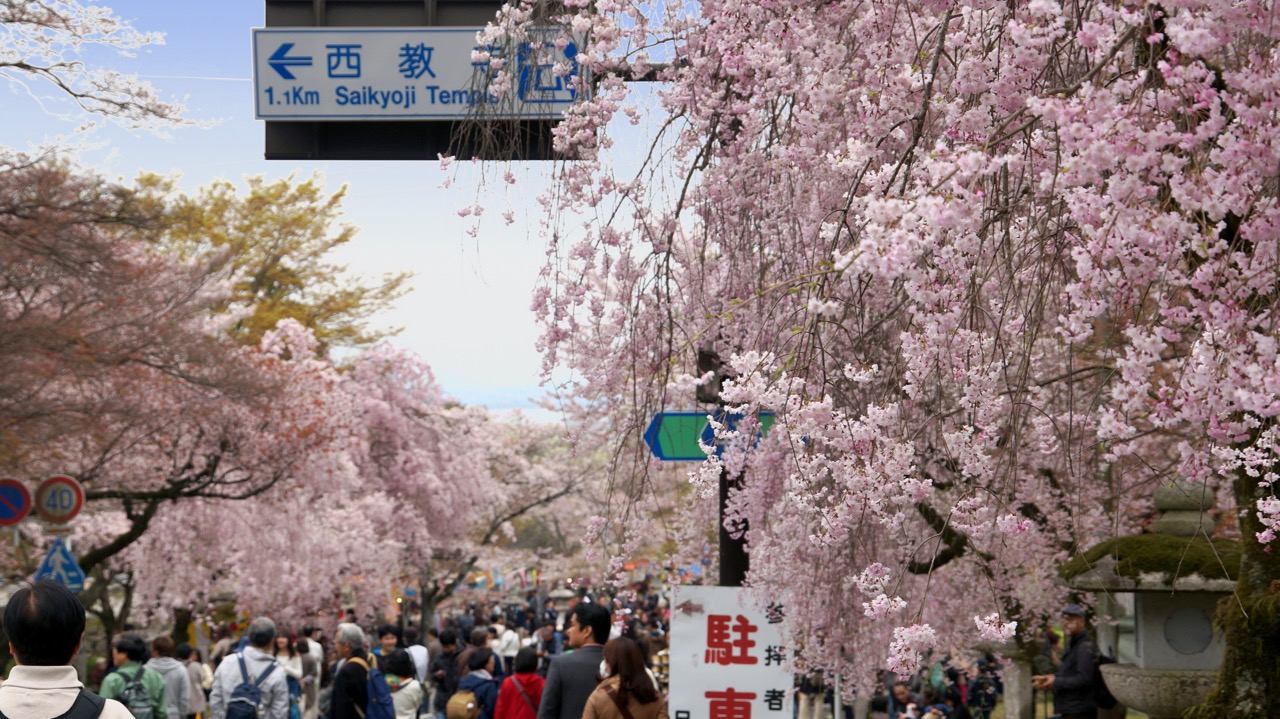 Sakamoto is eight miles from Kyoto, or 20 minutes by train.  We found a brochure in our hotel and based on a recommendation in broken Japanese by the concierge, we took a chance on the unknown today and headed for the Sakamoto cable railway.  The eleven minute tram ride is the longest in Japan which takes us straight up the hill into Mt Hiei, a hidden mountainous community which has been the home of  an entire network of ancient temples and shrines.

The Enryakyji Temple was established in 762, and is one of the most significant monasteries in Japan’s history, and has been named as a UNESCO world heritage site as an monument for Ancient Kyoto.  It began with 100 monks who lived in seclusion for 12 years to study and meditate.  At its strongest point, there were over 3,000 temples in its network hidden among this beautiful forest. Walking through this environment, you could feel a sense of peace and serenity far away from the hustle-bustle of civilization far below.

There are no photographs allowed once inside the main hall, and none are available on the internet, so their policy of no photos for privacy and seclusion from the outside world must be strictly enforced.

Once we left our shoes at the door and entered inside, it was definitely other worldly.  The lights and hallways were very dim as we approached two large windows looking down into the temple area.  We kneeled onto a heated mat and gave our eyes time to adjust to the darkness as the swirl of smoke from the incense filled room swirled around our heads.  A large Buddha took the main stage with smaller statues on all sides, with rows and rows of carved lanterns, glowing in the dark, like pumpkins on Halloween night.  So much was gilded and glittered, and flowered, all twinkling in the dark.  In this stillness, one lone Buddhist monk was chanting his long, slow, song.  It was surreal, as if we were on a movie set of a strange and ancient place and time.

The entire hillside is covered with temples and we could have stayed up here all day to hike and explore.

Here are a few more photos of some of the temples on the mountain….

We could also hear chanting from some of these other temples, so we tiptoed in and sat quietly in the back…

On the Main Street in Sakamoto,we ran into a 4 day long street festival that happens once a year and the cherry blossoms were still in bloom!  We could not believe our luck…Here are a few photos from the street faire and parade.  For an unplanned destination, it sure was a day full of nice surprises.