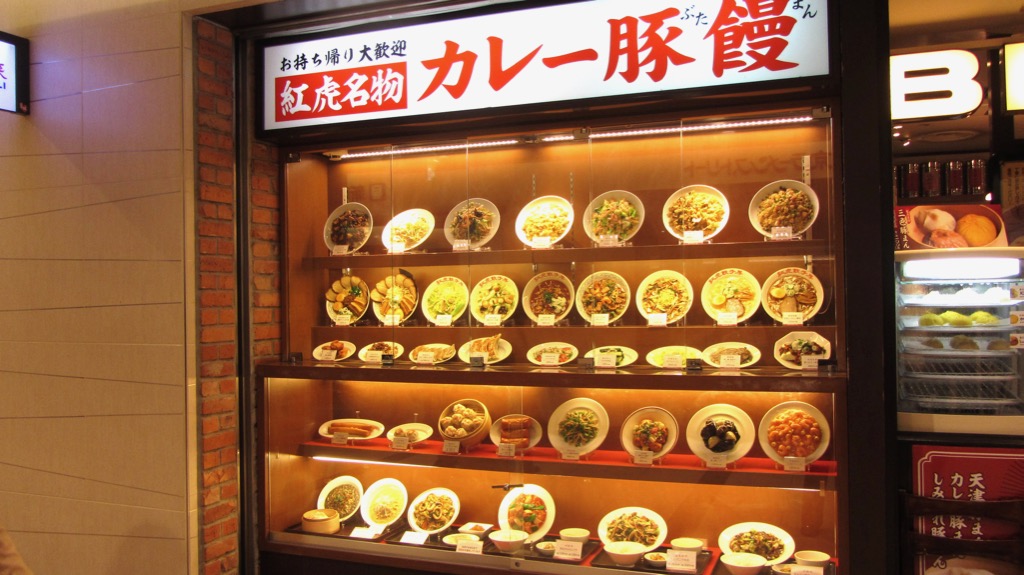 We arrived at Narita airport and took a train in to Tokyo, a $31 ticket for each of us.  It was a 45 minute ride to the Tokyo Station.  Make sure  and take the Narita Express which minimizes the number of stops along the way. Although the train station was built in the early 1900s, you’d never know from the trains. They are sleek, quiet, immaculately clean inside and out, without a paint scratch, a fabric tear, and completely devoid of graffiti.  What a pleasure to ride in public transportation that’s so well maintained.  It all looks brand new.

We disembarked at the Tokyo stop at 4.30 in the afternoon.  The Tokyo train station is a destination all of its own.  Holy mackerel, what a labyrinth of tunnels, walkways and a mass of humanity all traveling though, like hamsters running through a maze, suddenly realizing that we were caught in the middle of the commute hour.  This has to be one of the busiest train stations in the world with over 400,000 people passing through daily. One level below the street is a section of the train station known as Ramen Street. There are dozens of small counter restaurants ready to serve a variety of steaming bowls of savory delights.  Yelp is not available in Japan so we were on our own to figure out which was the right one to choose.  Rather than rushing to catch a train home, hundreds of people, dressed in business attire, were lined up waiting for a seat at a counter. Some lines were as long as a one hour wait, with signs marking the time of your wait, like a Disneyland ride.

We noticed some sort of gadget that looked like a cross between an ATM and a slot machine at the entrance of  every shop.  We had no idea what it was, but we saw that people were going up to it, putting in their money, getting change, and then would get into line.

It turns out that this is a menu machine that takes your order, your payment, and dispenses your change along with a small ticket which is given to the hostess who gives it to the kitchen to prepare your order while you’re waiting in line.

When you get your seat, your food is instantly ready and served, and already paid for.  What a very cool system!

This is a city where a bowl of ramen has risen to an art form – a perfection of tender noodles, melt in your mouth slices of flavorful pork, a perfectly cooked egg, with a rich and savory broth.  There are dozens of flavors besides the two we tried, but if don’t think you can get a better bowl of noodle soup.  I can’t wait to try more.