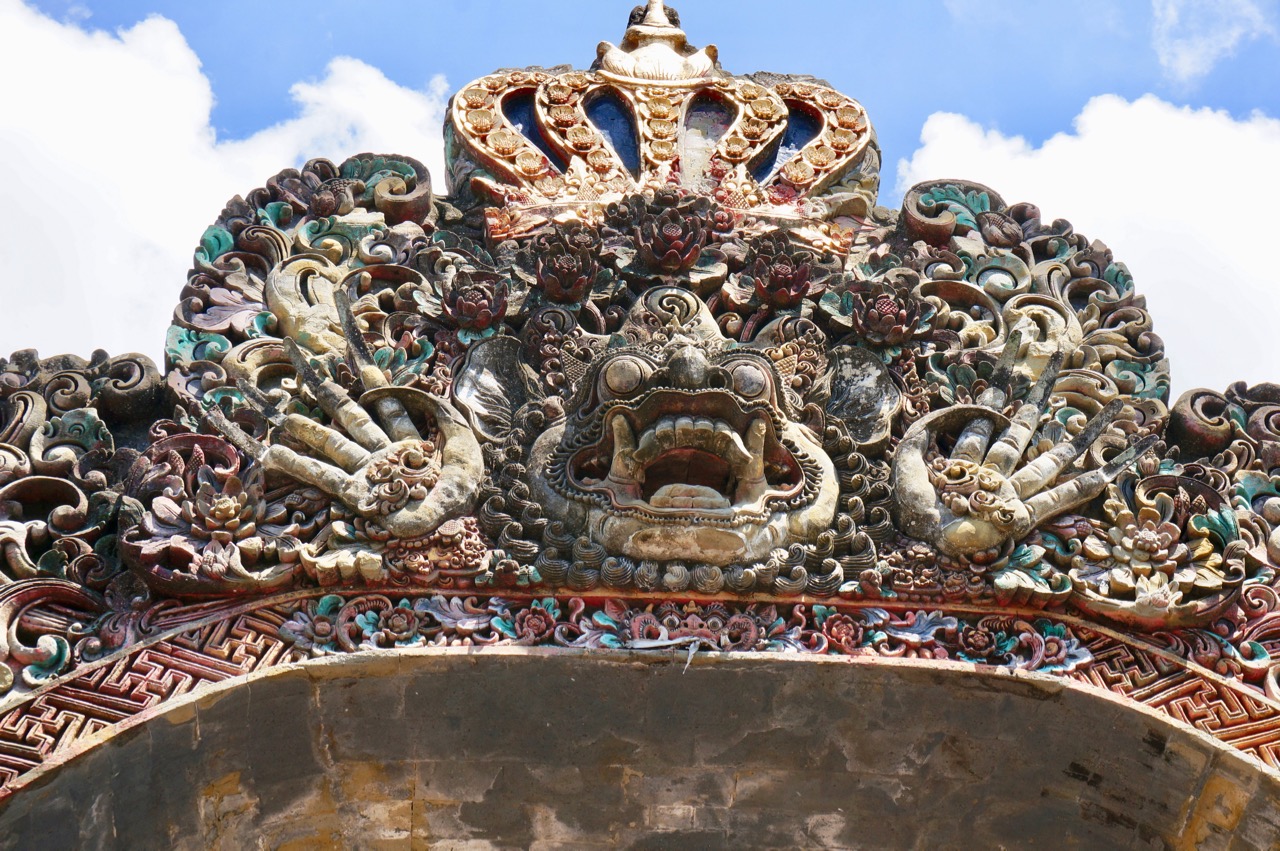 They say Bali is the land of 1000 temples, and it is so true.    There’s one every few blocks.  Our driver, who is Balinese Hindu, tells us that there is no day of worship like Saturday or Sunday as there is in the Christian or Jewish faith.  Instead worship is a daily event at altars that are built in everyone’s home, on every few blocks, or in public squares.  There’s even an altar in our rental villa.  Twice daily, offerings are laid at the foot of statues and in front of stores containing rice, flowers, and sometimes money, once in the morning, again at lunchtime. They have large, public ceremonies twice a year in these temples, which are uniquely Balinese. The rest of Indonesia doesn’t have them because they are Muslim.

Built in the 10th century., these warrior guards protect against evil spirits.  There is no entrance without covering your legs.  No worries though…there are people there to provide these wrap-around sarongs so you can enter the temple.

What is seen in these outdoor temples is mimicked in people’s houses.  I passed by a house, and could see these black fibrous tops of altars sticking up above the fence line..  I didn’t realize that people may have multiples of these in their own backyards.  I thought it was another temple.  The gate was open, I tiptoed in, only to discover that it was actually someone’s house. The clue was the big screen tv that was outside on, what was apparently, the porch.  No one has grass in their yards.  The courtyards are aggregate concrete decorated with Hindu statues, and the houses have adorned walls like the temples, and altars.

Singapore on the way Home

As we leave Bali, we have one day and a half in Singapore to rest up before the long flight.. 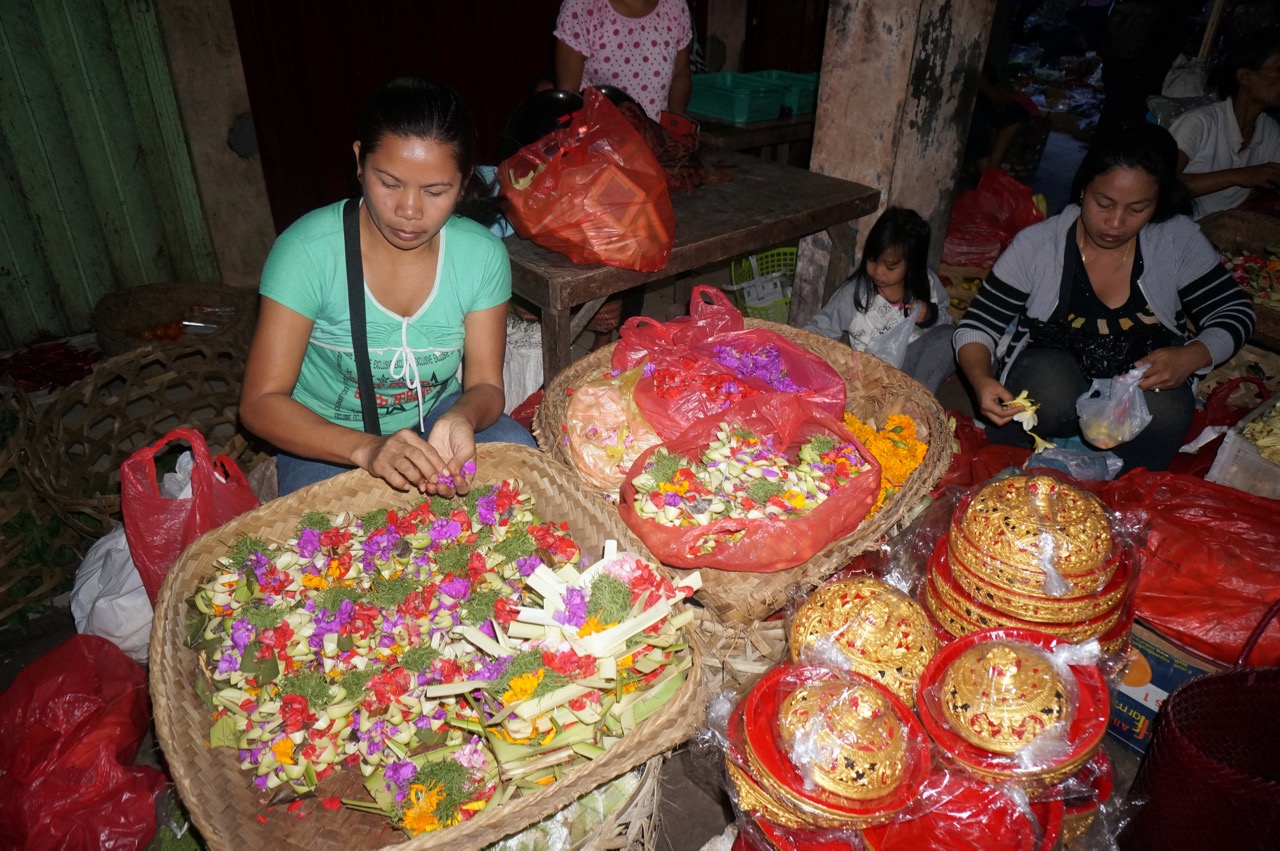 The 5am Farmer’s Market

I hadn’t really seen any grocery stores in Bali and wondered how people shop for food.  On our way back.. 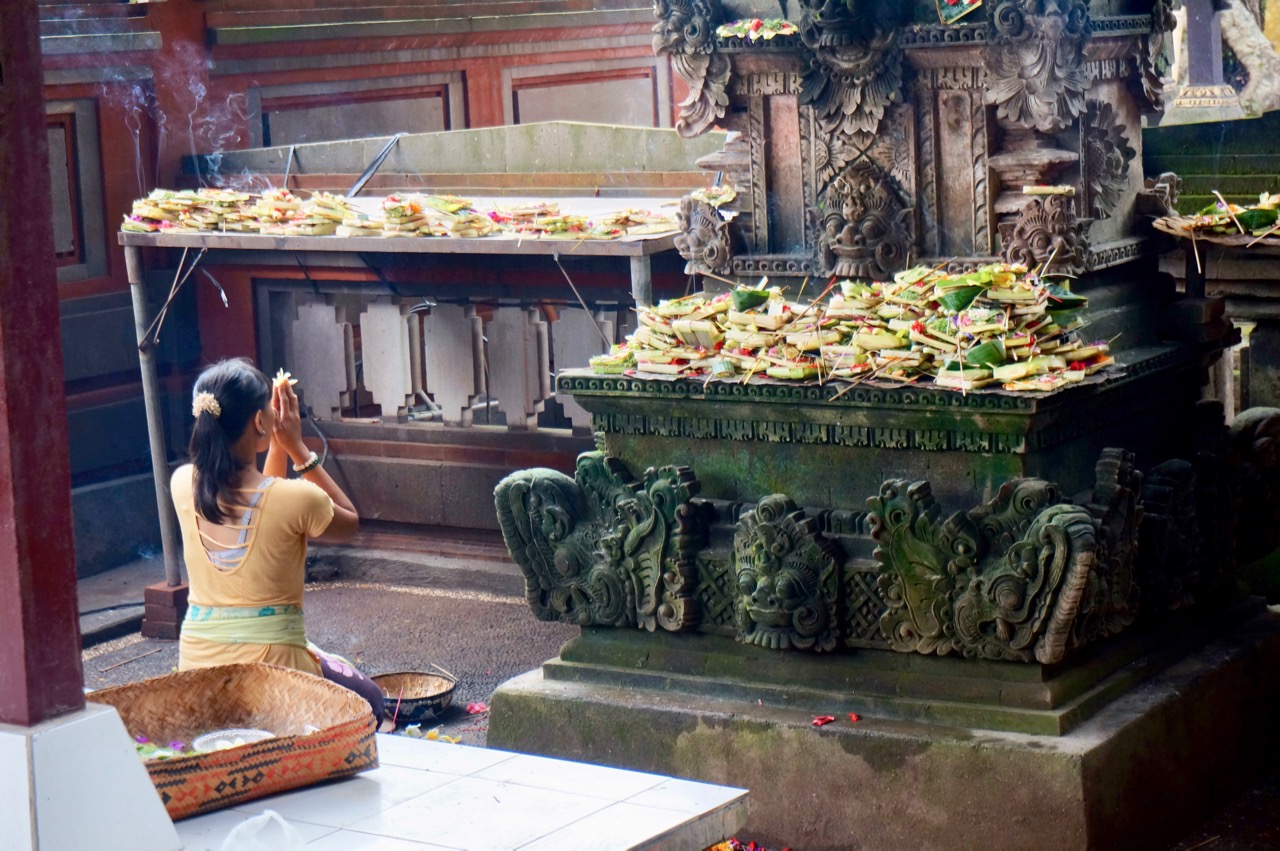 Every village has many temples, and once in every 15 years, the members of that village have a celebration to.. 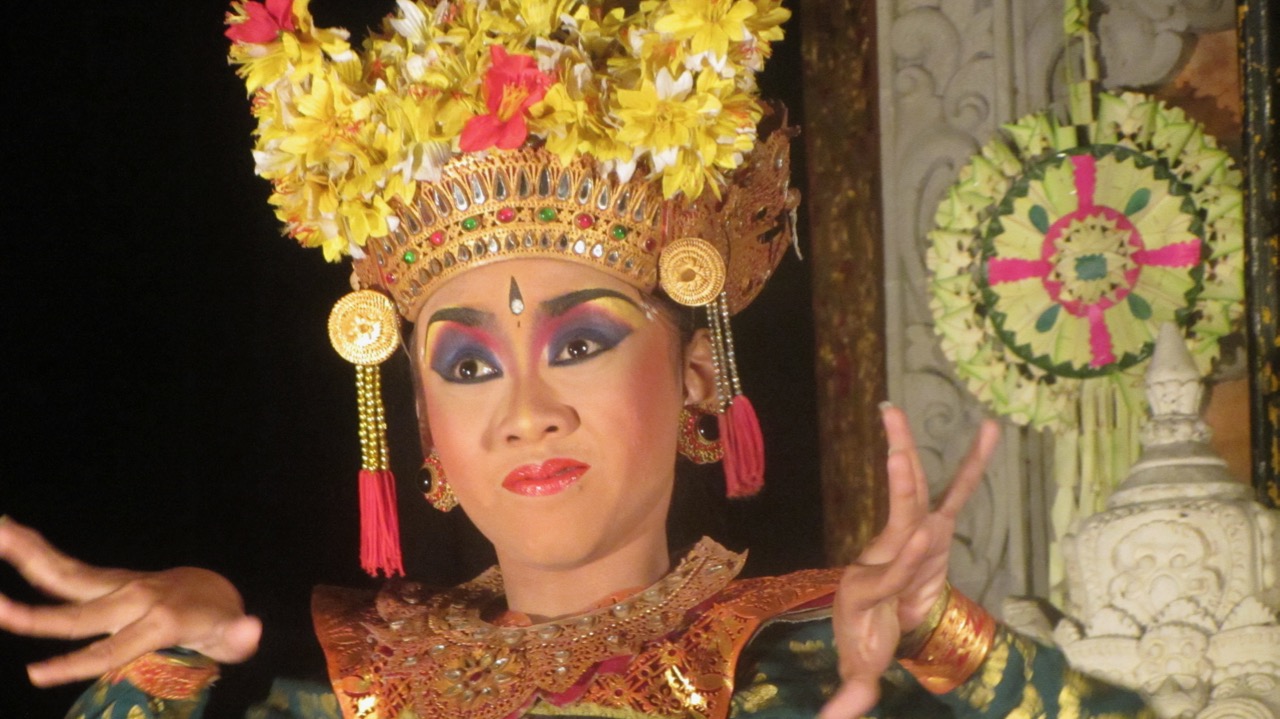 We shifted north by about 45 minutes and have settled in Ubud, the arts and handicraft center of Bali.  There..