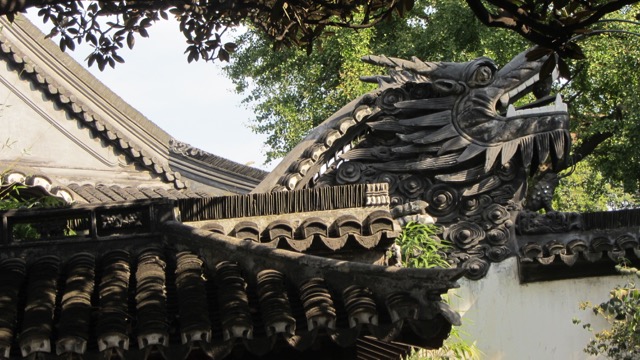 What a beautiful and modern city this is! We got in late so we went right to sleep, but not before staring out the window at the breathtaking view. Like other fabulous cities on waterways like San Francisco, Sydney, Singapore or Honolulu, Shanghai is right up there with the best of them. Our Hyatt Hotel on The Bund seems to be in the perfect location to watch all the neon lit dinner cruise boats float along the river lined by beautifully lit buildings. This city takes great effort to make their buildings sparkle in the night sky.

We went to a silk factory and saw how silk comforters and duvets were made, and most of everyone bought something there. I don’t think I’ve seen silk comforters before…they are so lightweight but warm in the winter, and cool in the summer. Mom has gone a little over the edge…she has always dreamed of coming to Shanghai so I don’t think her feet have hit the ground since landing yesterday. She really loves just being in this city, and she was really excited in the silk factory where they had so many Chinese silk things!

After lunch we went to the Yu Garden, a serene and peaceful setting originally built for the parents of the former minister of finance to the Emperor in their declining years. When he died, the garden was passed down to his 2 sons who gambled and lost it away. It is now a pubIic park that belongs to the Chinese government.

As we got outside the garden, we were surrounded by our first day of shopping!!! Throughout our trip the guides have always told us that this is a no shopping trip because there was no time as we moved from place to place, and it’s been slightly disappointing to have to rush thru what looks like interesting shopping alleyways along the way. I think a lot of the girls were looking forward to actually having a couple hours of retail therapy…boy, we’re we all in for the shock of our lives.

Imagine tens of thousands of shoppers, running in a tight labyrinth of pagoda topped buildings, add shopping stores, food vendors selling weird and stinky foods, sales people pulling at you, people shoving, tourists stopping to take photos, and don’t forget, this is the national holiday week with the 30 million living in Shanghai all on vacation this week, with our guides warning us about pickpockets, and our tour guide carrying a little red flag and saying don’t get lost, stay with me! without ever stopping, as we weaved our way through the maze of the shopping district. The words of my aunt were echoing in my head “bring me back something nice from China!” Are you kidding me!?!? It was the craziest, most jam-packed thing our group of 16 has done, as we tried to follow our guide as we made our way through the winding streets one of the most popular shopping districts of Shanghai. Did we buy anything?!? OMG, I was thankful just to have not gotten lost or trampled to death! Somehow, our whole group made it through in one piece!! Holy mackerel – you have no idea what 30 million people feels like until you try to walk through this marketplace! Im starting to understand a whole lot more about Chinese people…pushing and shoving is a survival technique in this country!! Our guide said it was triple the normal crowd, because it’s the national holiday. It was just nuts!!! I could not even stop to take pictures for the most part. I just held the camera over my head, and hoped for the best and every time I held my arms up to take a photo, I worried about all the people pushing and shoving and rubbing against you who might be trying to lift your wallet. I was laughing the whole time because I just could not get over the insanity of it all. My favorite little gadget was two wheels you clip on the back of your aerobic shoes which turns your feet into roller skates. Very clever!!

The evening was filled with a show of the famous Shanghai Acrobats. The government picks and chooses children from a very young age to train for this…I think this is where Cirque de Soleil comes and gets many of the acts for their shows…I recognized a lot of the acts…

The food has really been quite good along this whole trip…but last night was a first…waiters who brought the food wearing roller skates…maybe they bought them in the shopping district for ” velly good price..only ten dolla…”