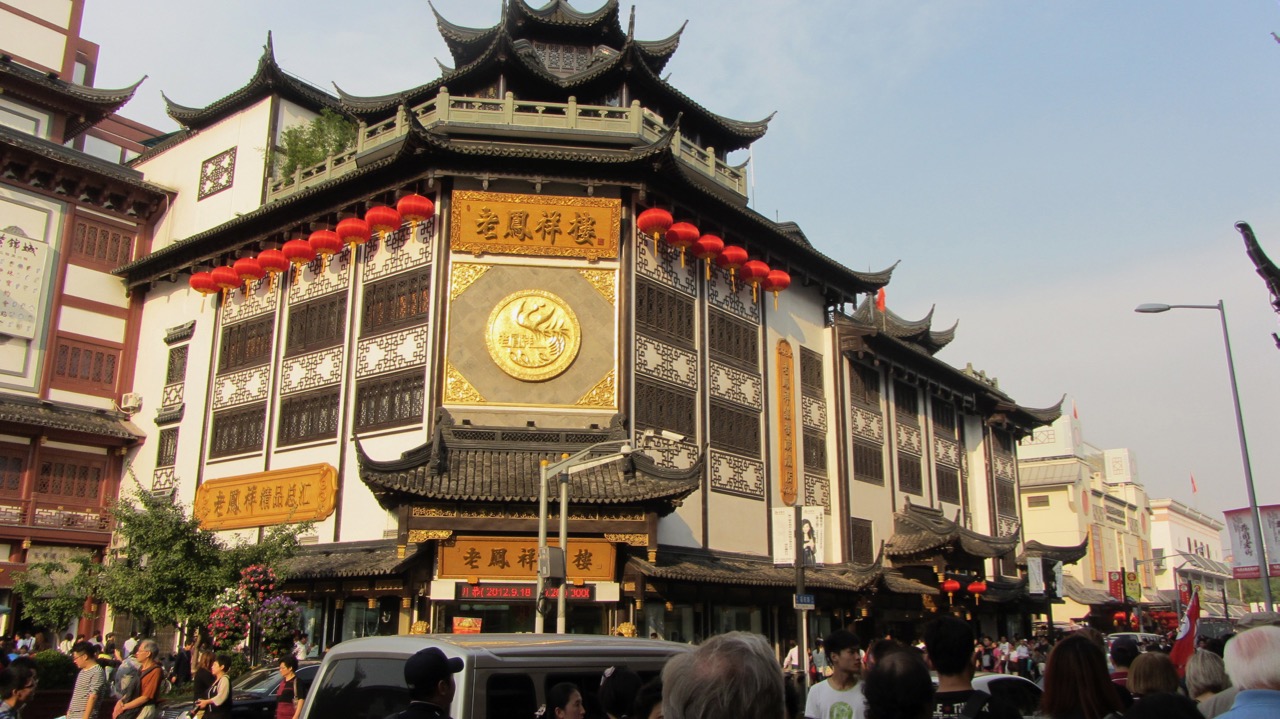 We visited Shanghai Museum on our second day. It’s so interesting to see things before the time of Christ. You just don’t ever think of what was happening in China during those times. Pottery is common to many civilizations, but porcelain/ceramic glazing were uniquely Chinese in it’s discovery. I never really thought of that, but that’s where Ming vases got their name…discovered during the Ming dynasty.

We had a free afternoon of shopping and we headed down Nanjing Road…like 5th Avenue in NYC…triple wide with no cars. OMG…another 30 million people shopping there. One thing that was very clear is that Shanghai is a town of watches. The in-flight magazine had a watch ad every other page, and there were watch stores at every turn. One of the guys in our tour group was a watch addict, and he came with a name and address for a specific store from a recommendation from a friend. He described going into a store full of counterfeit everything (handbags, clothes, wallets, watches, etc)’ asking for the high end watches and the manager, and he was led into a separate room where the wall of counterfeit purses slid away to reveal a separate room where the high end watches were housed in glass cases. The wall slid back closed, and his wife, having turned her back for a few minutes to shop, lost her husband as he vanished into the secret room. Long story short, he didn’t find quite what he wanted, but it makes for a great story in a magical watch town. People even took pictures of watches in the windows.

Eventually we hit an area where they allowed traffic again, but there were so many people that only half the people fit on sidewalks, the other half we’re spilling onto the streets on both sides, which made for a lot of honking. It was another day of laughing at the craziness of it all. Barb could spot the golden arches of McDonalds a block away and we were never happier to eat some french fries and a burger.

China actually has 56 minority groups, established due to the isolated pockets of people unable to travel outside their villages. Every village has a unique dialect, and a different costume. Who knew?

We barely scratched the surface of this amazing and beautiful city. This is one city we would certainly like to revisit.

After much searching, Chuck found the perfect watch…Chairman Mao waving to the people. Five dolla…now if the darn thing could only keep time.

Mom’s jumping up and down with excitement again because we’re off to Hong Kong.