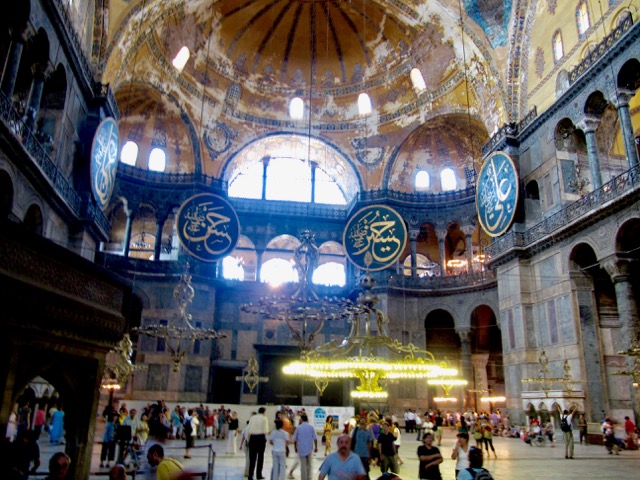 Having zero expectations of this place, what a surprise of a city. It’s a great mix of old and new together. Its quite modern and ancient at the same time.Their history reminds me of a time where sultans wore caftans and baggy pants in the days of  the arabian nights.  It is a combination of where east meets west…eastern and western civilizations meeting at the river.

We went to the biggest indoor bazaar in the world, 4,000 shops under one roof. Yikes!! The most popular items for tourists are handmade carpets and jewelry which are all absolutely beautiful. This seems like a very wealthy city. Chuck bought me a fabulous authentic Turkish bracelet for 1 euro ($1.36 cents) and says he’s completed his duty of getting me a memorable piece of jewelry from a foreign land.

This city has gone through so much in it’s history.  At one point they were a Christian nation, but they eventually became a Muslim nation practicing Islam. It is a new experience for me to go into a mosque and see no graphic images of any kind inside.  There are no images of Jesus, no saints, no prophets in the stained glass windows, no pews…not even any furniture!  Also unusual is the men worship separately from the women, so as not to be distracted.  The Blue Mosque is one of the most beautiful and is certainly a centerpiece in Istanbul.

Hagia Sophia was a Greek Orthodox Christian basilica, later an imperial mosque, and is now a museum.   From the date of its construction in 537 AD, and until 1453, it served as an Eastern Orthodox cathedral.  The building was later converted into an Ottoman mosque 1453 until 1931. It was then secularized and opened as a museum on 1 February 1935.  Famous in particular for its massive dome, it is considered the epitome of Byzantine architecture and is said to have “changed the history of architecture”  It remained the world’s largest cathedral for nearly a thousand years, until Seville Cathedral was completed in 1520.  There were images of Jesus and Mary, but they were covered over with plaster when Islam came in, but have since been uncovered once again.  It’s so very interesting to see both the remnants of Christianity mixed in with remainders of it’s muslim history.

Turkey is 99% Islamic, 1% Christian with about 25,000 jews. There are a few women wearing totally black with only their eyes showing which is quite radical in this 90 degree weather, and any more women wearing scarves to cover their heads.

On the cruise side…they never cease to amaze with the food, entertainment, and activities. In the buffet restaurant, each night is a different surprise theme…one day was Greek, yesterday was Mexican, and today was Indonesian. Of course the food is 99% fabulous and impossible to resist. 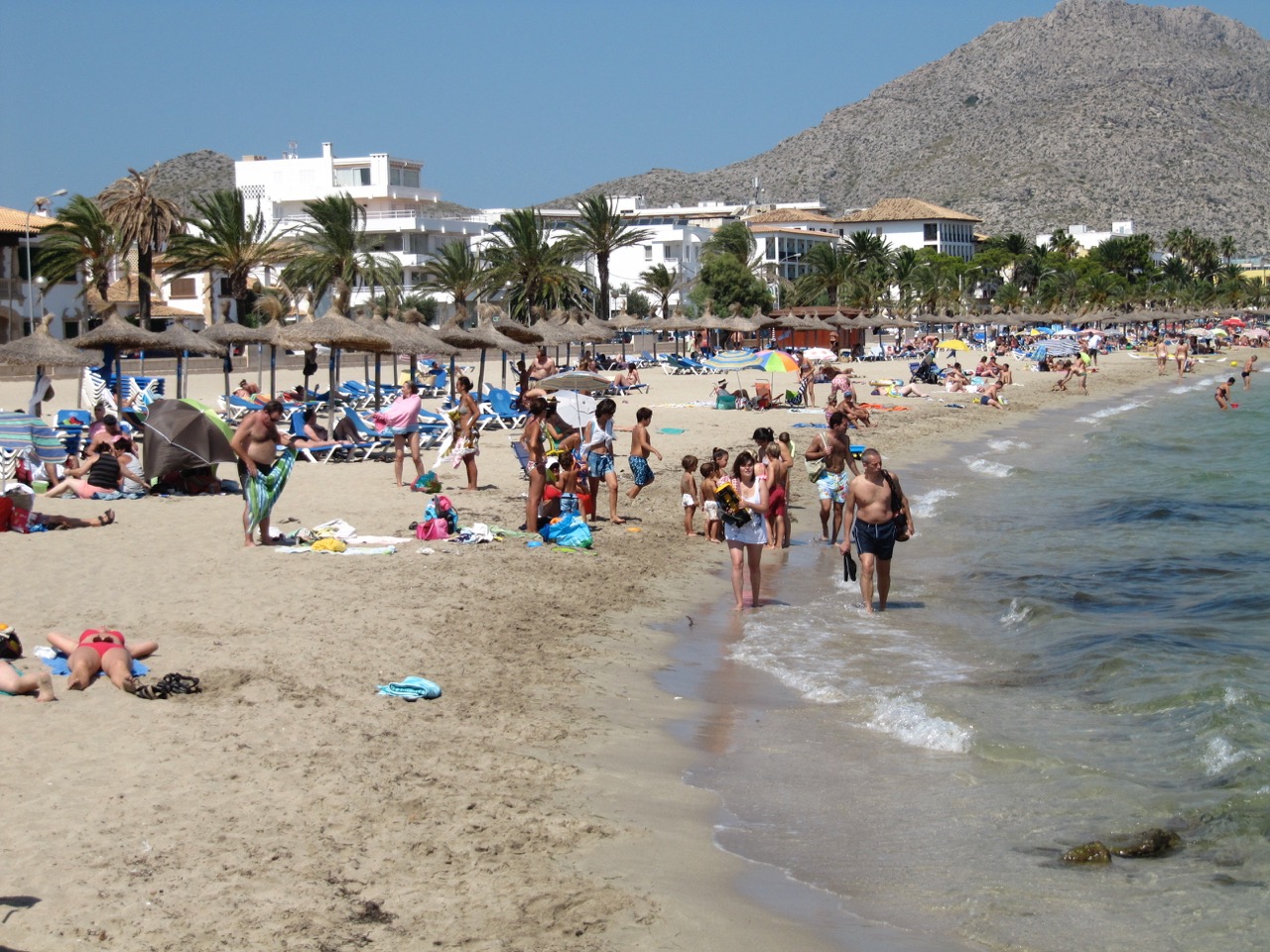 Mallorca is a beautiful beach resort island with blocks of designer shopping and rows and rows of multi-million dollar yachts,.. 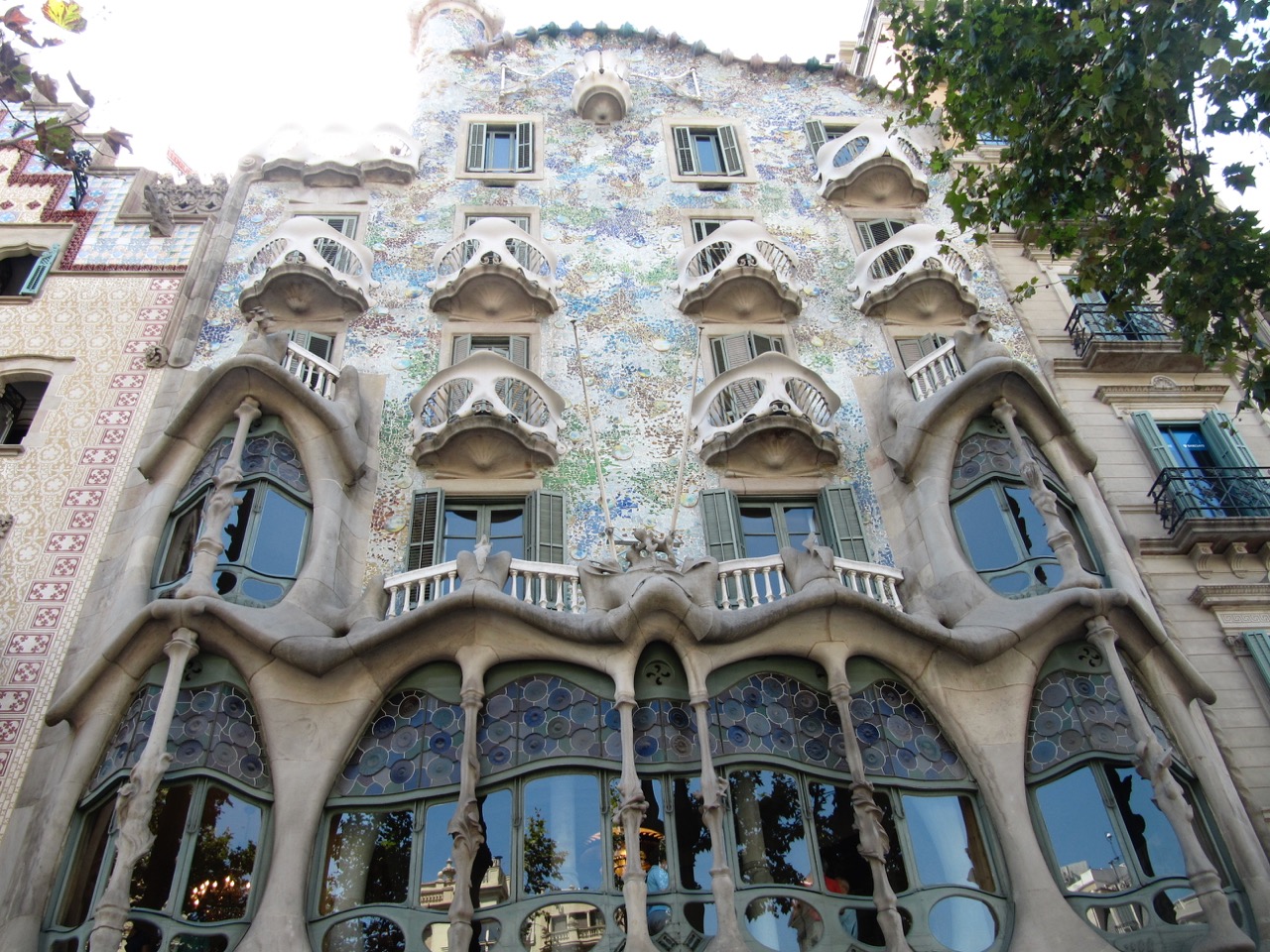 Two days in Barcelona is just not enough. What a bustling city full of life with so much to see!.. 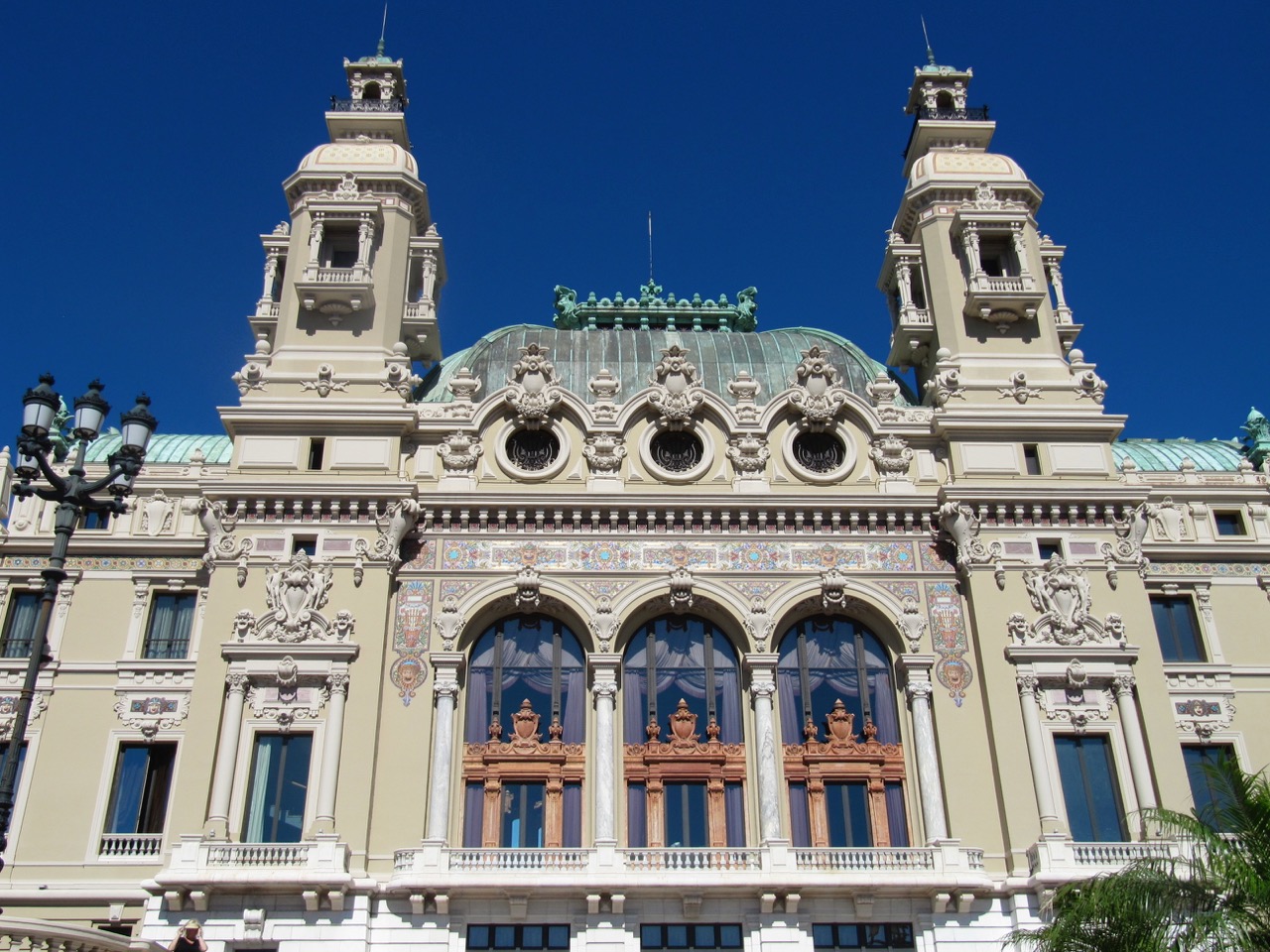 We all know of this tiny principality where the actress Grace Kelly gave up her Hollywood career to become the.. 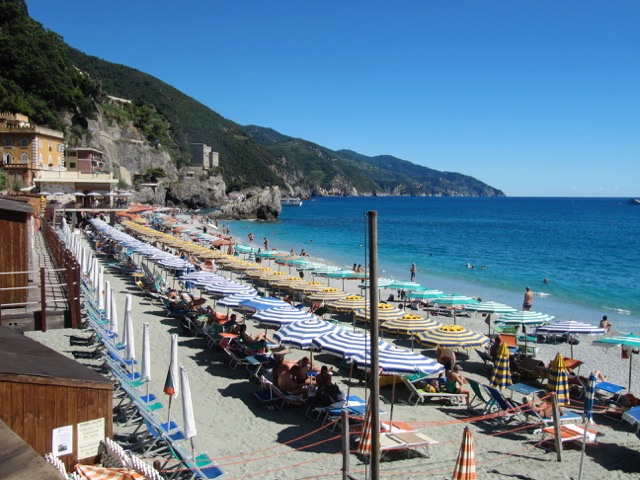 We docked in Livorno today…hard to decide which way to go…Florence to see some of the world’s most famous art,..