Totem Poles and Night Life in the City 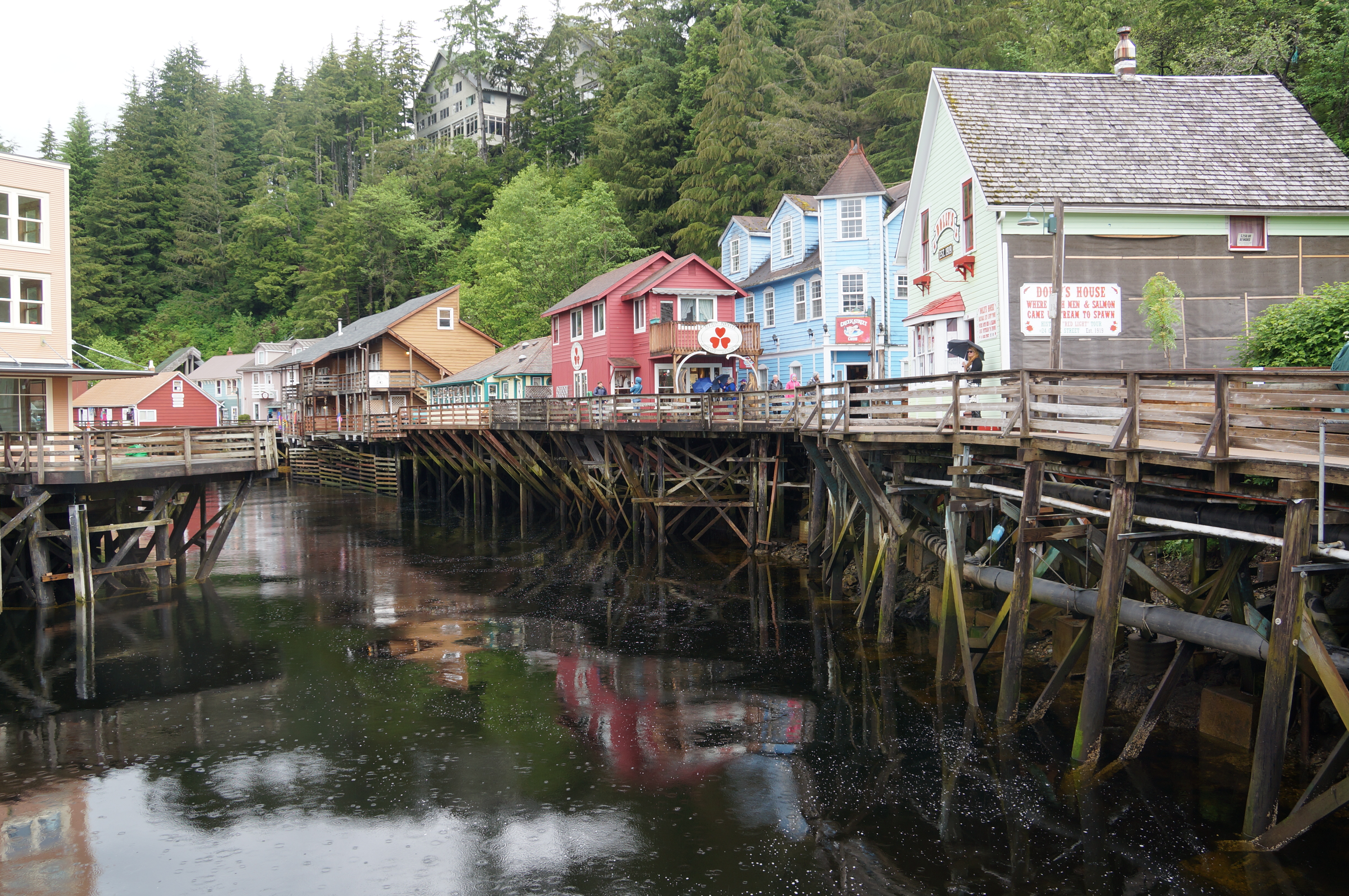 The little borough of Sitka was first inhabited by the Tlingit tribe, who were said to have lived here over 10,000 years ago.  In 1905, the Governor was tasked with decorating the Sitka park for a national exhibition which is how Sitka came to have a national park displaying a large collection of totem poles.  These were gifts from the Pacific Northwest tribes, who donated these to share their culture with the people of Alaska.  How I do love these! 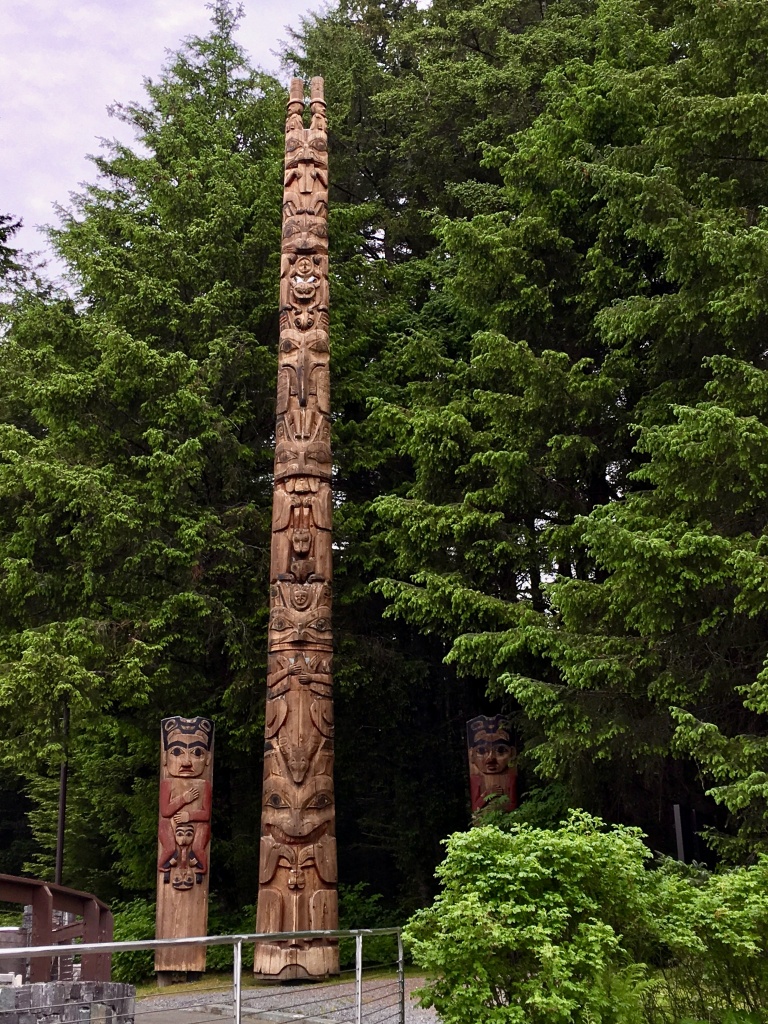 A totem pole is an arrangement of symbols (usually animals associated with a legend) created to tell a story or event.  At the time when the Natives of the Pacific Northwest had no written language, totems were a way of communication to pass on their legends.  Each animal represents something important:  sea turtles are mother earth, the wolf helps those who are sick, otters represent curiosity and laughter, and eagles stand for intelligence. 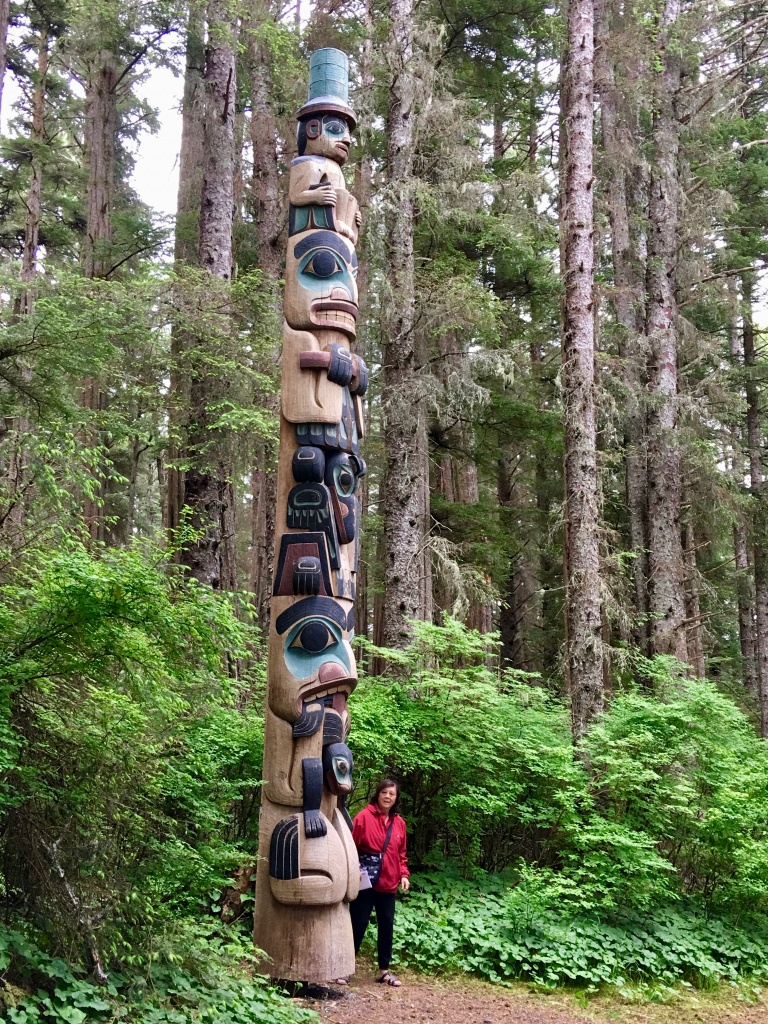 Totem poles are still carved by the Native Americans of the Pacific Northwest  Most are forty feet tall, but they can be purchase a shorter one for about $500 per foot.  I wish I had room for one of these in my yard somewhere…they’re pretty cool.

We arrive in our next city, Ketchikan, the salmon capital of the world.  It also has the largest collection of totem poles in its four parks, so if you missed them in Sitka, you can find them here too.

This city is named after the creek which runs through the town.  The Tlingit tribe named the river, which means “thundering wings of an Eagle,” and when you stand by the water, you certainly can hear the roar as it meanders through the town.

During the early part of the twentieth century, the town grew from people coming to take advantage of Alaska’s natural resources…copper, salmon, and timber.  Others followed their lust for gold, mining, fishing…  The most picturesque part of town is suspended on wooden planks, bordering both sides of the river, known as Creek Street.  This became the Red Light district to provide a certain type of female entertainment for the hard drinking, rough and tumble lumberjacks.

The most famous was Dolly’s, and for five dollars, you can take a tour of the infamous rooms which are still decorated as they were back then.  Now, all these colorful little buildings are gift shops and eateries

They say that Ketchikan is one of the rainiest cities in the US, and yes, it’s raining on us today.  The average rainfall in California is 23″ per year…in Ketchikan, their average is 156″ per year, with their greatest rainfall of 202″ in 1949.  One local resident said they got about 12 days of sunshine a year.  Wow…that’s a whole lot of cloudy days and rain!

Of course, if you’re in the salmon capital of the world, you’ve got to buy some of this…

4 thoughts on “Totem Poles and Night Life in the City”

I’ve always read that when in Victoria, you must stop and see the Buchart Gardens.  Not so sure as to.. 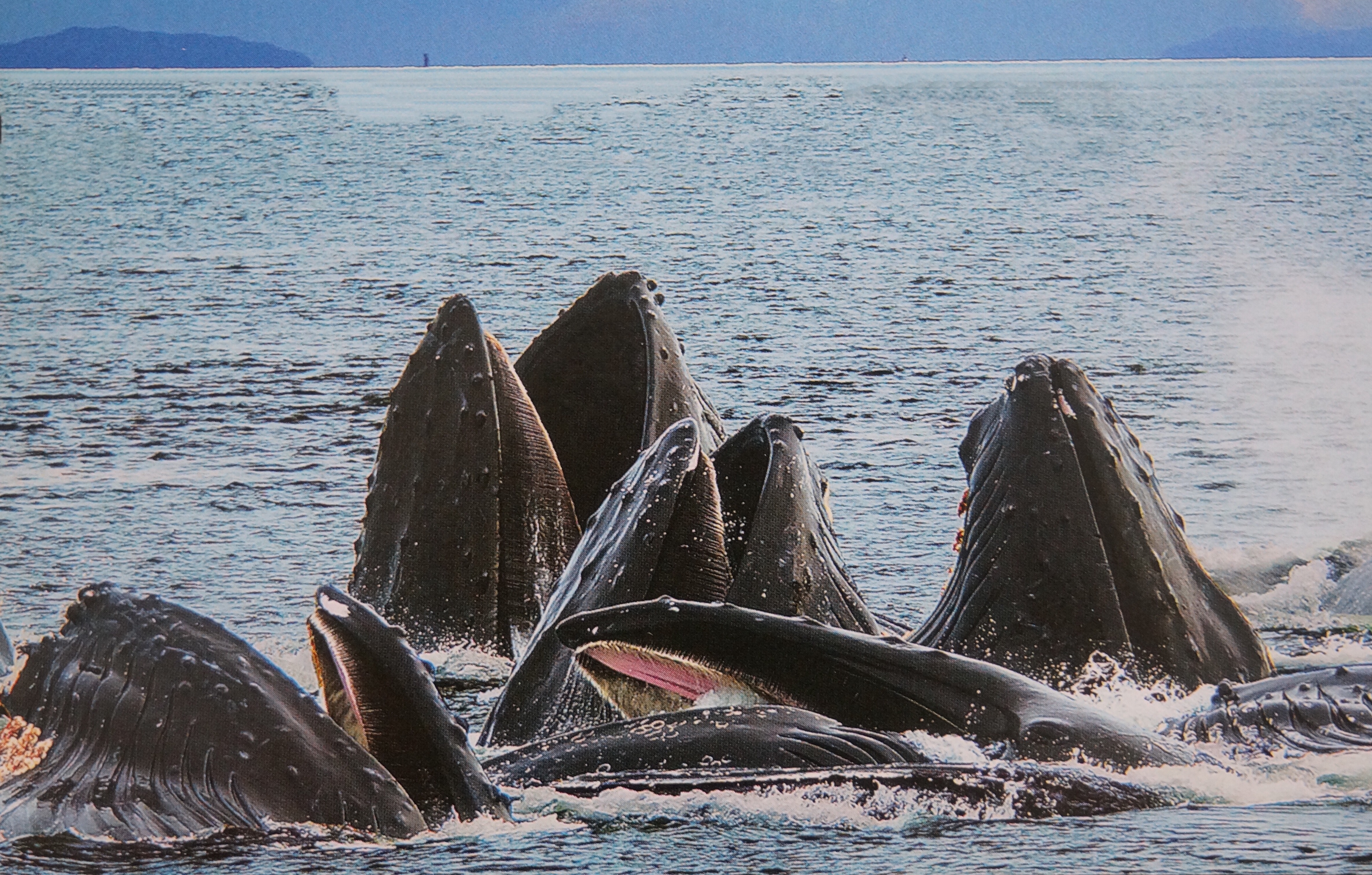 In this little town of Sitka with a population of 8,000, we took a boat to explore the wildlife in..

Bundled up – Glaciers in Alaska

A trip to Alaska, our 50th and most sparsely populated state, is not one of looking at history and differing.. 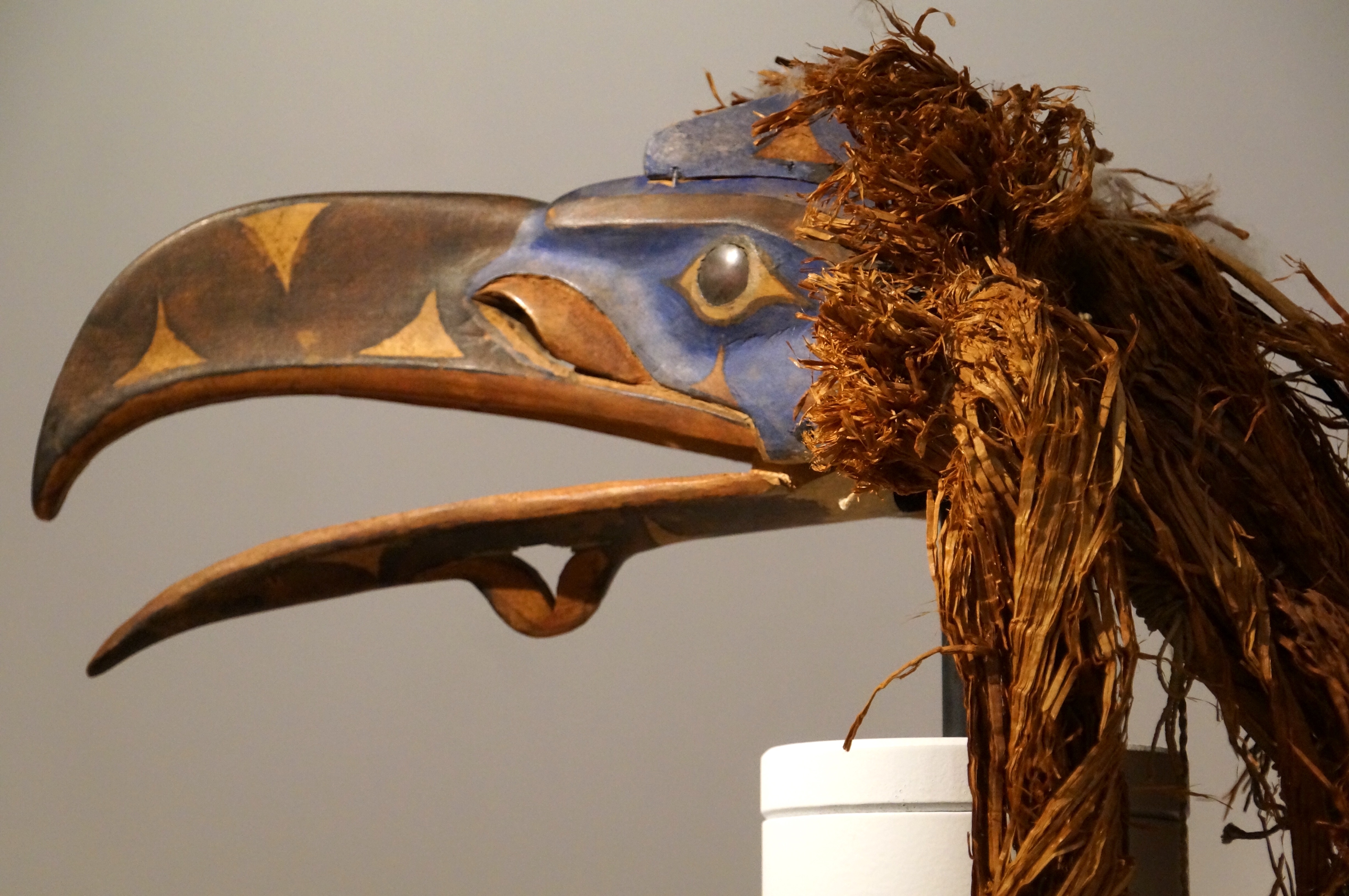 The Art of the Pacific Northwest

The Seattle Art Museum has a little bit of Italian, some art from Japan and China, some representation from New Guinea,..