Built in the early 1500s by the Spanish, Old Havana is a central section of town consisting of narrow streets built in a baroque Spanish colonial style.  The wrought iron decorative scrolling across all of the windows and doors serve also to protect since the windows are all open with no glass.  I guess it’s too hot here to ever have window panes. 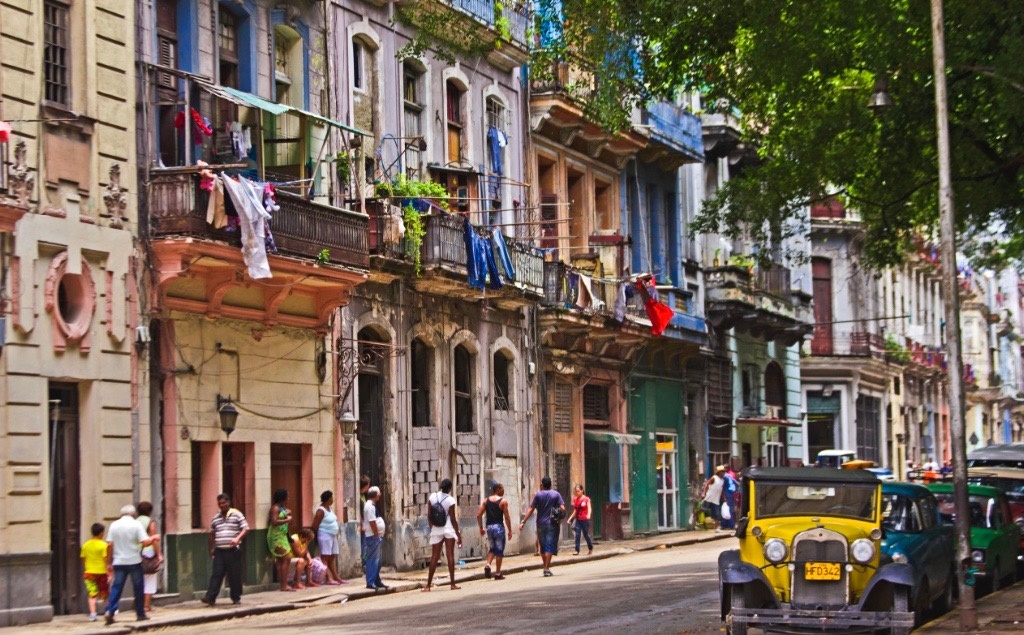 Most Cubans like to hang out their windows and doors from inside to watch the world go by.  The palette is a colorful array of pastels with contrasting trim, an assortment of clothing drying on the line on the balconies above.  It’s a combination of constant renovation to preserve the old sandwiched between buildings that look like they are barely holding together. 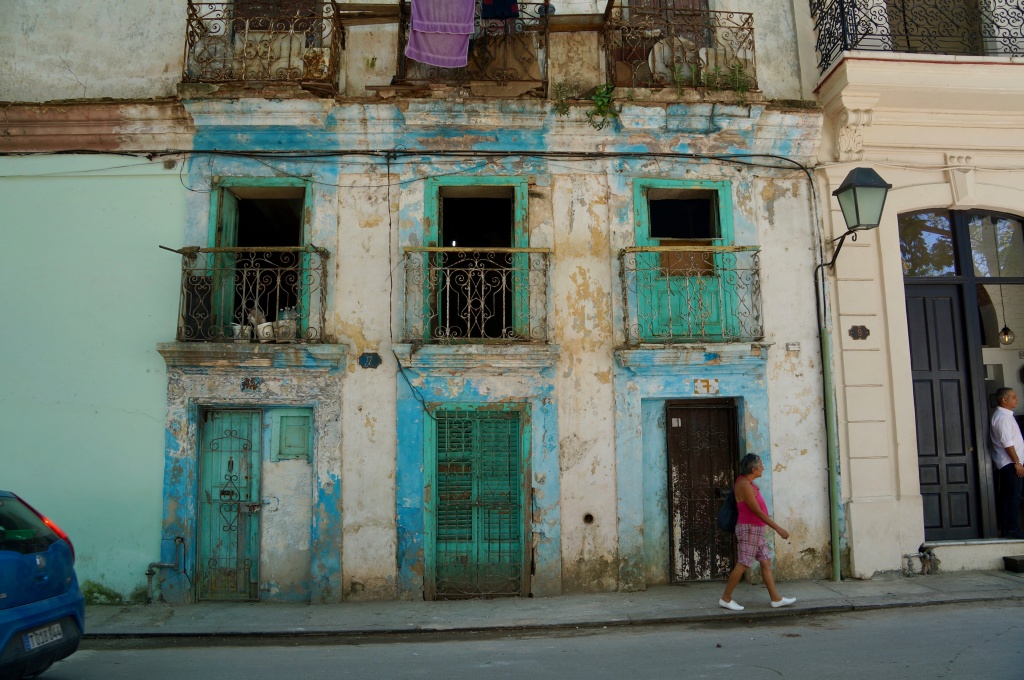 Cuba was very popular then with many American writers, actors and actresses in the 1930s.  Old town was a frequently visited place of famed author Ernest Hemingway who first visited here in 1939 after the Spanish Civil war, and fell in love with the city.   It is here at the Hotel Ambos Mundas that Hemingway made his home for seven years before buying a small estate a few miles outside of town.  His reputation for being a hard drinking, cigar smoking adventurer made him quite comfortable here, where he could drink, write, and lodge his own personal battle with his fishing boat against the German U boats.

It’s the combination of old Spanish architecture mixed with the dilapidated falling apart that tugs at your heart, seeing the potential of what could be with a little money and time for both the buildings and the people.  It’s also part of it’s charm that brings people into this section of town to wander among the streets and watch the people going about every day life in Havana.

Riding in Cars with Boys

If you want to step back into the automobile past,  you need to go to Cuba.  Havana is literally a rolling..

Old Man & the Sea in Cuba

Ernest Hemingway certainly has a huge fan base in Cuba, having lived there for much of his life.  After he..

Mixing old with the new – the Vedado District

By 1962, then President John F. Kennedy had implemented a full embargo against Cuba including all exports, food, medicine, and..

It was an early morning rise here in Miami to get to the airport.  It’s never any fun to get..