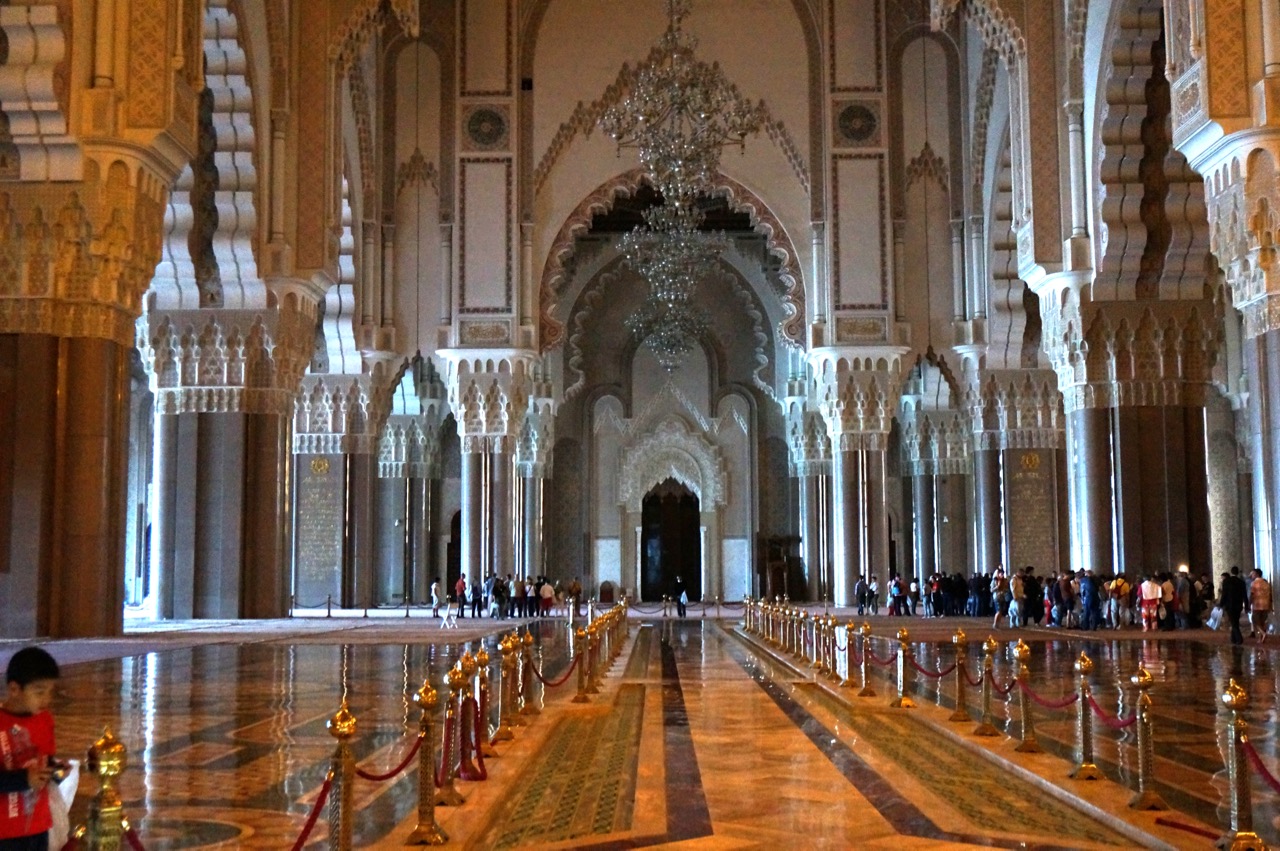 I’m writing today from the former French occupied Casablanca, so they speak Arabic and French here. I had some expectations of this place having watched Ingrid Bergman and Humphrey Bogart many times in the famous romance story which took place in this exotic locale. Sad to say, this place is nothing like the movie.

We are not far from the Sahara desert so understandably, this place is an arid, dry place in the middle of a vast wasteland. These people try to live in this barren ground, in a country devoid of natural resources. Scrambling out a life is pretty tough. The people are really poor, and live in very meager domains, but no matter how poor, everyone seems to have a satellite dish for watching tv.

One of the big attractions is the palace of the King. Only tourists are allowed to visit the grounds of the palace and even at that, we were only allowed to photograph the front entrance to the palace, and only from one corner of a sidewalk. We were forbidden to stand in the street to be able to look down the archways to see beyond the guard protected entrance.

The Tomb of Mohammed V was pretty amazing when you hear that this is all hand carved marble, tile, and wood beautifully done. (Below)

I never knew what they meant when they said “come to the casbah…” but I do now. It is the gated and walled community that contains 500 homes inside, full of narrow, winding streets, all painted blue and white to keep it cool. Once inside, you would think that you were in Greece. It costs three times more to live in this section of town. Here’s is the entrance to the Casbah. Chuck doesn’t care what the price is…he’s not interested. 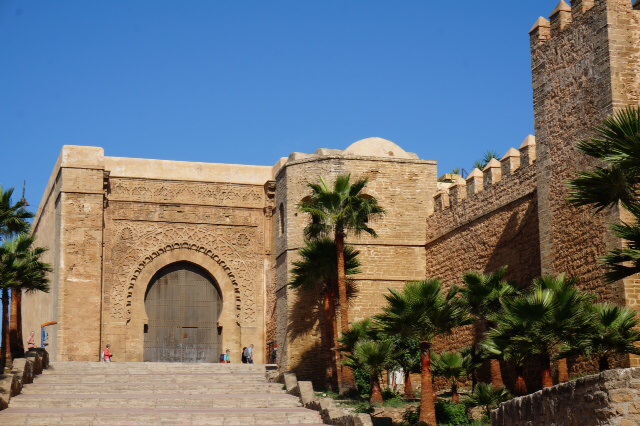 The biggest attraction is the Mosque of Mohammed Hassam 2. It’s newly built, 1997, and is the 2nd largest mosque in the world. The interior is the length of 3 football fields, has only carpets inside, n hold 20,000 kneeling men on the first floor, 6,000 women on the second floor, and another 80,000 outside. Interestingly, I heard that the pope was invited to speak to the crowds here, and yes, men and women are kept separate. You have to be covered down to the wrists and ankles to enter the mosque. It’s a bit shocking to know that they spent a billion dollars to build this place when the people and country are so poor.

Speaking of being covered up, women certainly have an unequal role in this society. No matter how hot is it here, they have to dress like this.  Notice the photos of the girls at the beach!!