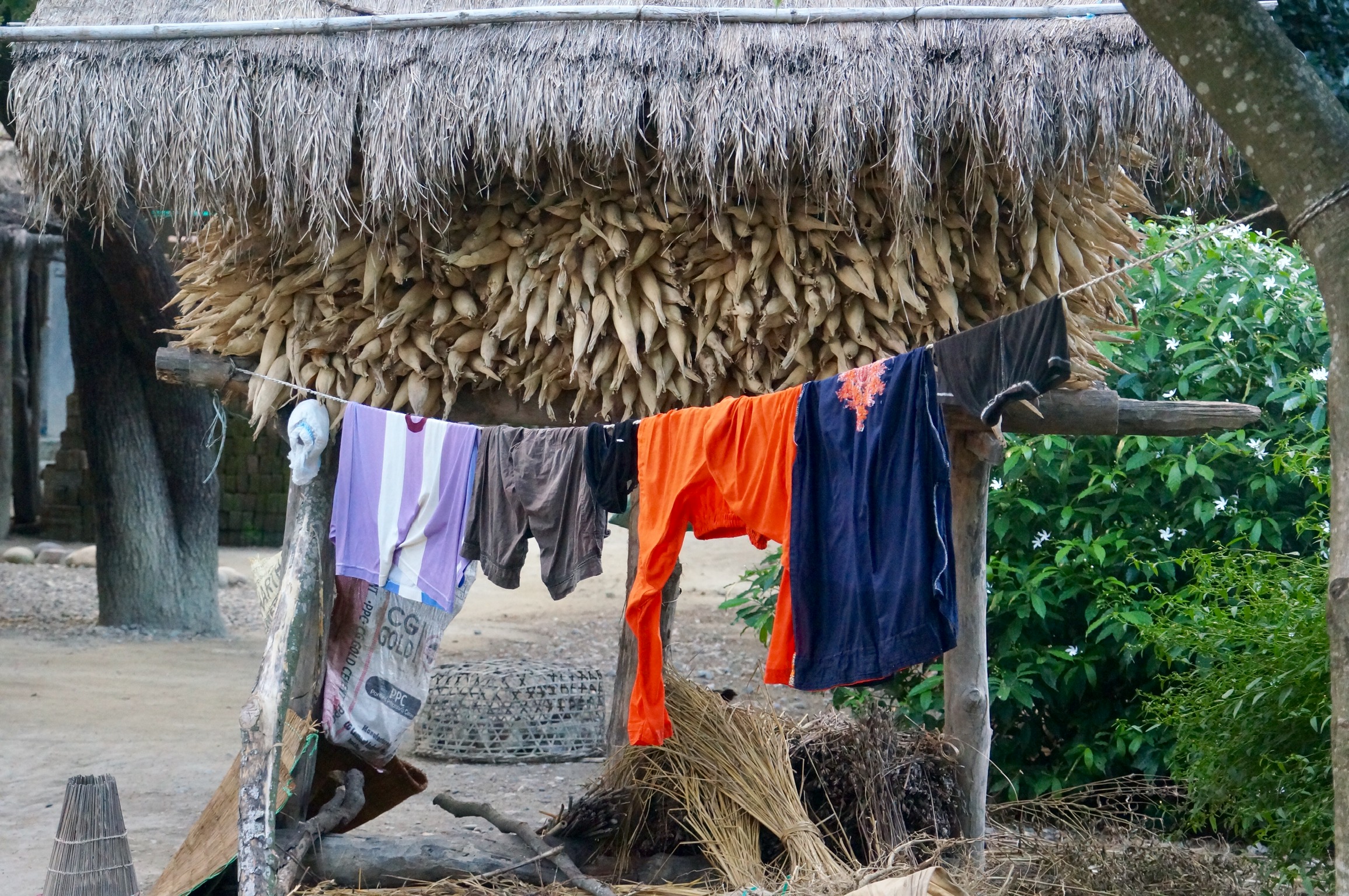 The Chitwan National Park is located next to the village of the Tharu Tribe.  Nepal is actually made up of over 40 different ethnic groups and tribes, speaking 123 languages.  This tribe has lived in this area for hundreds of years, calling themselves the people of the forest.

We traveled by ox cart only a few minutes away to see how they live.  Being rural people, most make their living from agriculture.  Each home has a small plot of land where the family grows crops.

It’s easy to recognize a Tharu house.  They are made by the community out of clay and cow dung, making them resistant to mosquitoes and insects.  A few have lattice windows. The ground is compacted mud;  even so, the women are maticulous about sweeping around the house to make sure it is clean of loose dirt, leaves, and debris.  One large space inside was divided into areas for sleeping, sitting, and storing food.

There is usually a separate, similar looking smaller building which holds the kitchen.  I imagine it’s pretty difficult to stay in there to cook.  It got really hot very quickly, and I got overwhelmed by the smoke after 30 seconds.  I won’t be cooking in there anytime soon.

They grow barley, maize, wheat and rice, as well as raise chickens, ducks, pigs, and goats.  They also get fish from the rivers.  They grow and use a lot of red chilies in their food.  Almost every house has huge stacks of drying corn for their favorite snack (popcorn!).

Their isolated life keeps them in their own communities. Not having hospitals in their communities, they often turn to shamans or witch doctors when they are sick.  They believe that illness comes when the gods are displeased.  The shamans use Buddhist medicines to cure, trying to appease gods through incantations, beating drums and offering sacrifices.  That’s a scary way to handle an illness!!

Marriages are most often arranged, some as early as when the women are pregnant!  Their babies aren’t even born yet, but marriages within the community are already determined.  This is a tribe of rituals, religion, tradition, and rites living a happy and simple life.

It really makes you appreciate indoor plumbing, refrigerators, a modern stove, and the supermarket. 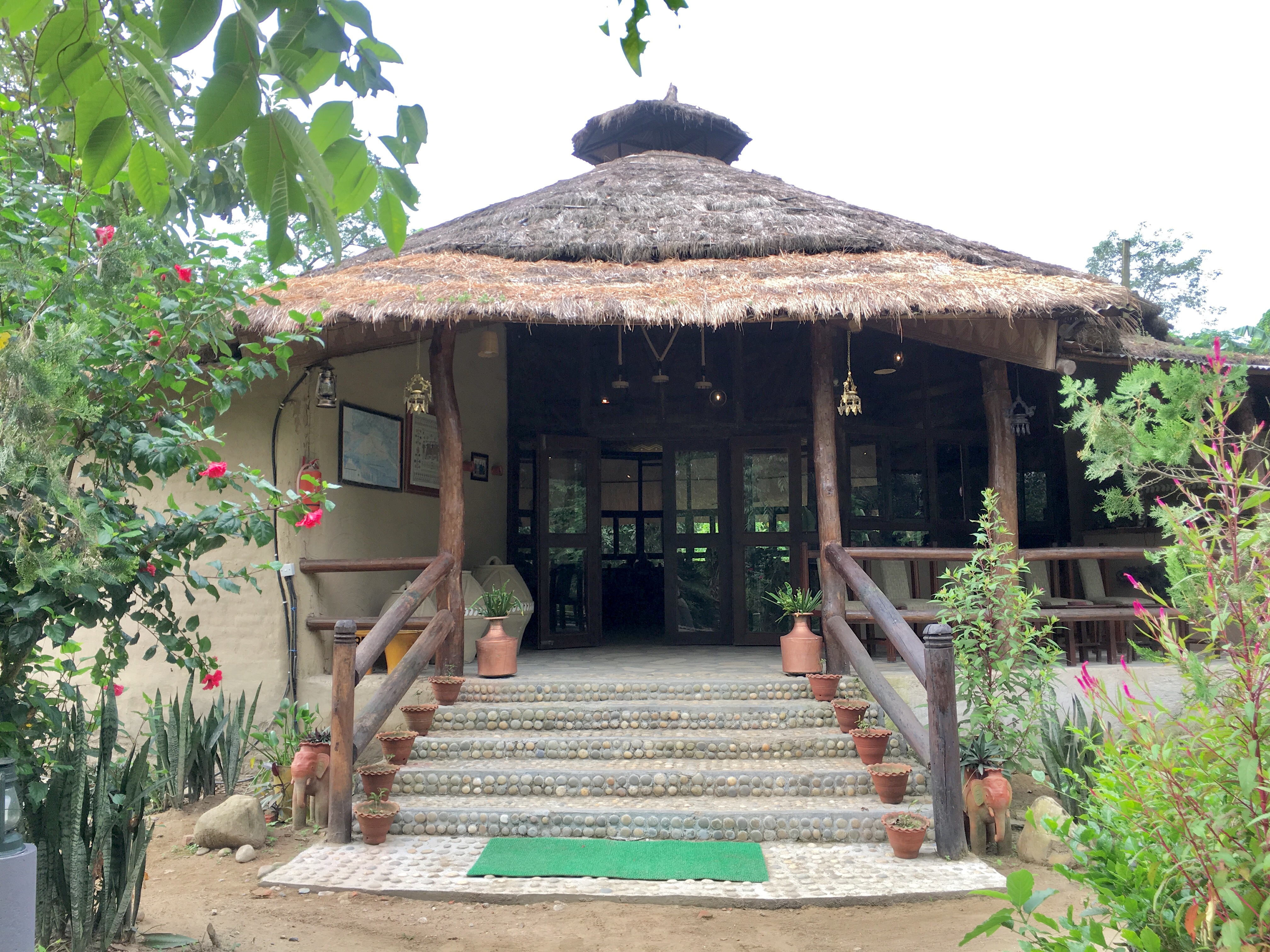 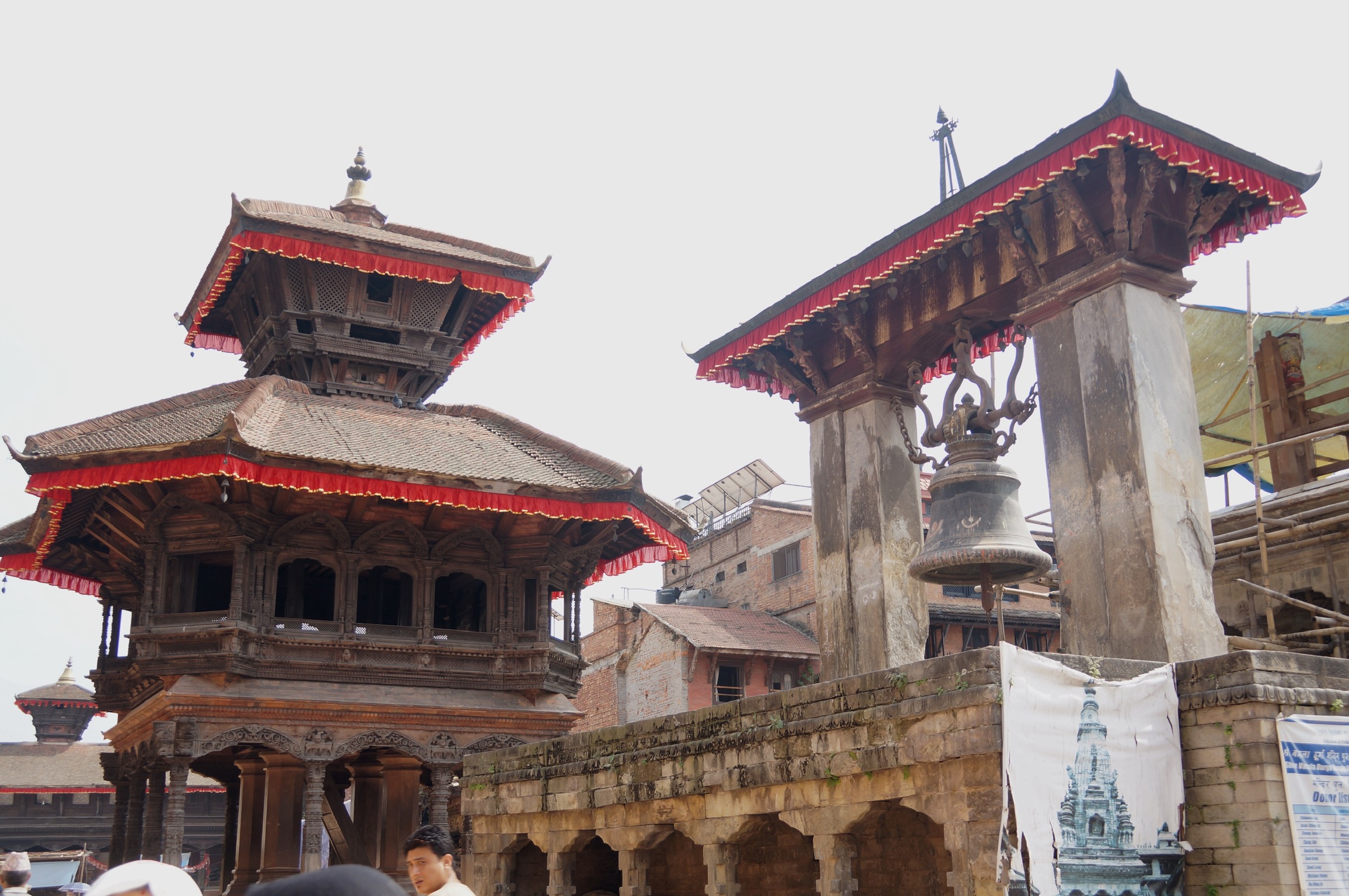