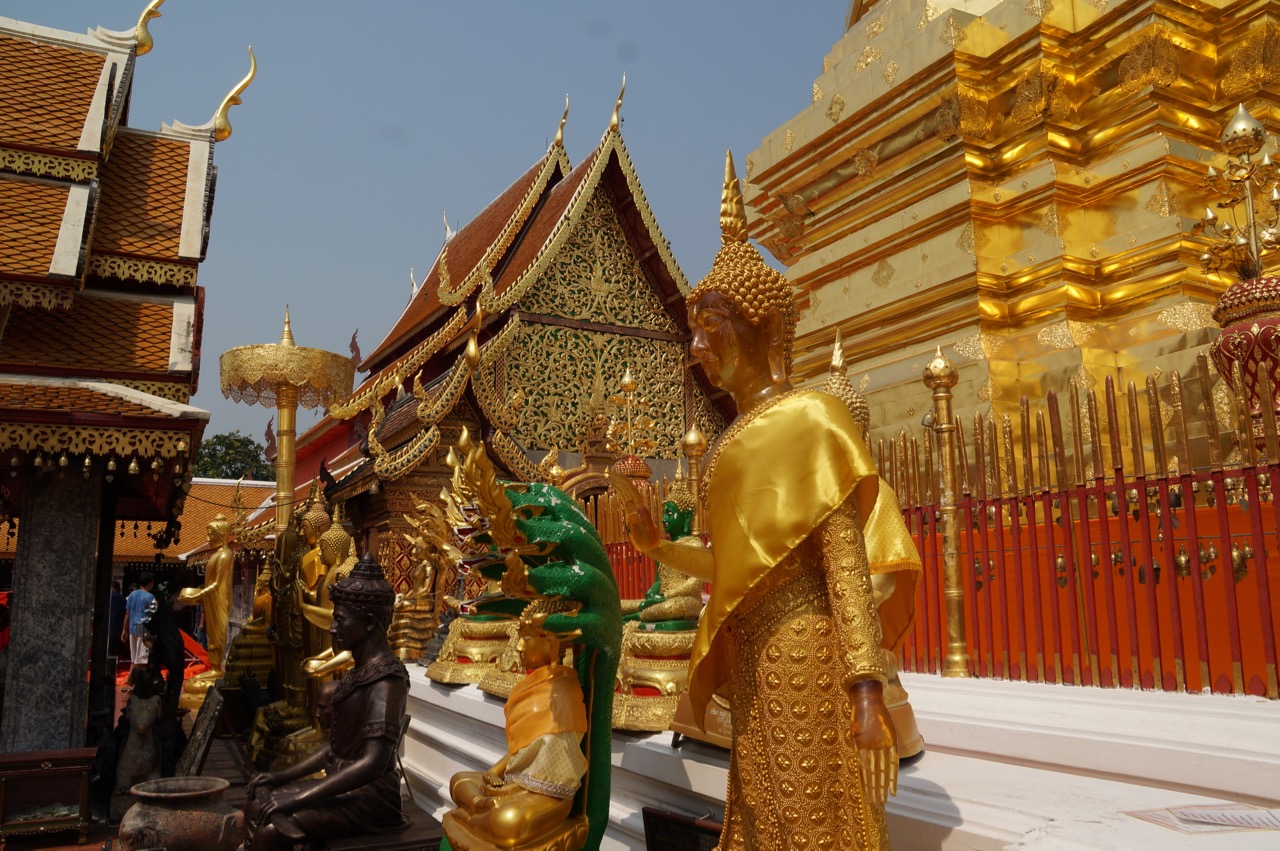 They say that there are less that 120 tigers left in the wild with numbers decreasing every year.  This catastrophic situation has created Tiger Kingdom here in Chiang Mai, a combination of wildlife preservation and exposure to the public.  Their aim is to breed tigers in captivity to save them from extinction.  The tigers born here are fed a diet of chicken and milk which makes them much less aggressive, and by working with trainers, one can have an opportunity to sit with these beautiful animals.  Tiger Kingdom has over 100 of these powerful, amazing creatures.  After observing them for quite awhile, they seem quite like giant cats…only with way sharper teeth and claws!

It was amazing to watch them play in the pool and chase each other around.  Their powerful bodies were undeniable. What was really going through our heads was the fact that we were actually going to get in the same area with three frolicking tigers…were we nuts?!  I have to say, we were all a little nervous.  There were lots of rules before we got into their space, but the biggest rule was just respect the tigers! 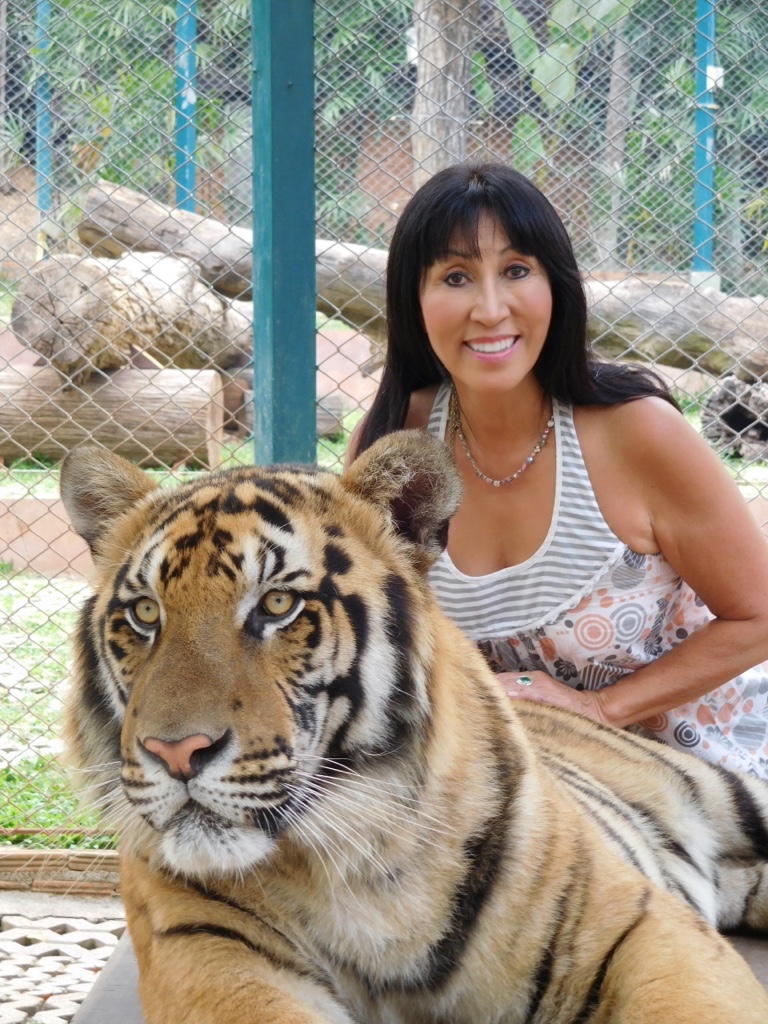 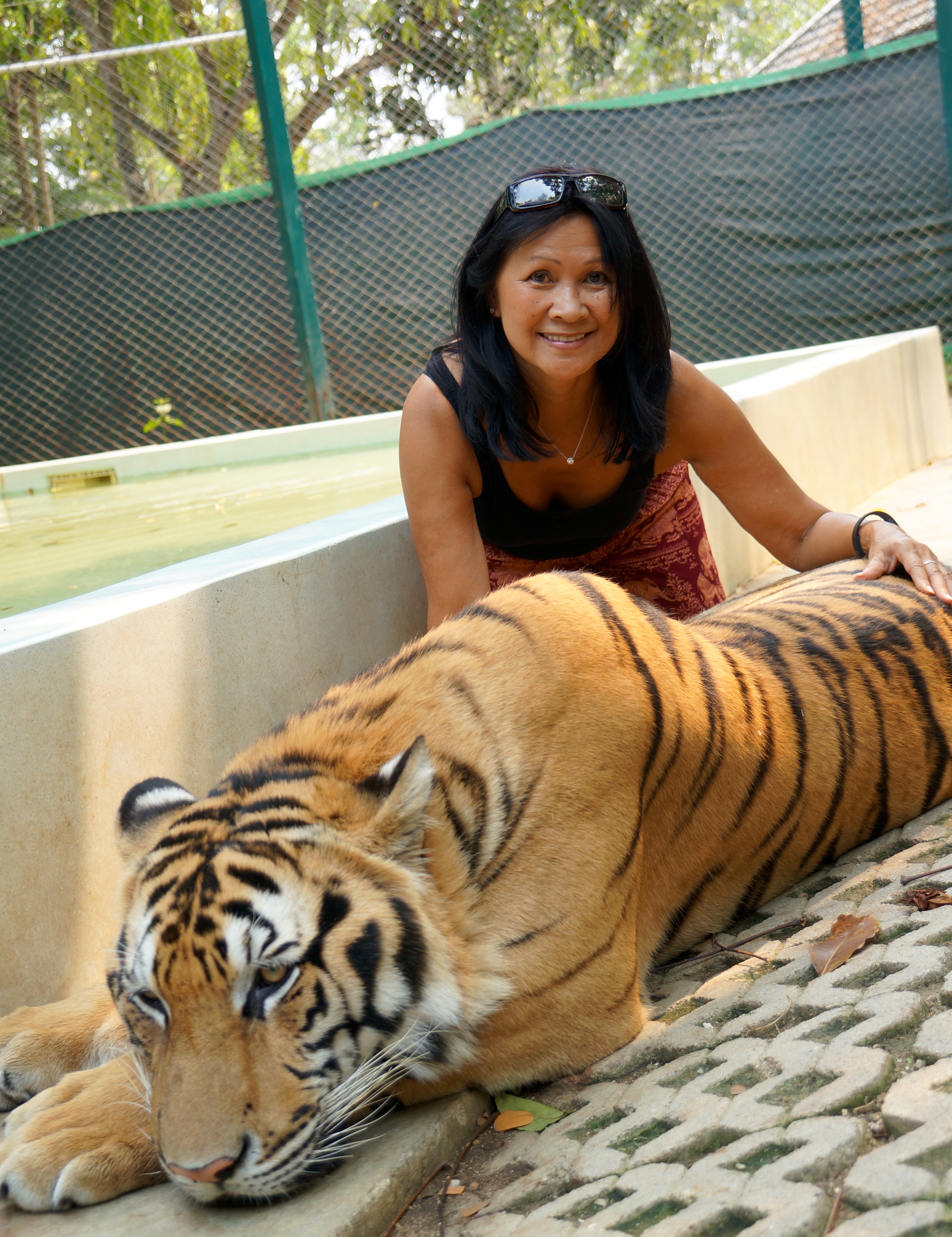 Do all you can to save the tigers for future generations.  We want these beautiful animals in our future.

In the afternoon, we headed up the mountain to Wat Doi Suthep, a sacred site for many Thai people.  It’s a combination of Hindu and Buddhist, believing that everyone will, one day, be reincarnated as an elephant.  They sure do know how to embellish a temple!

5 thoughts on “Tigers and Temples”