The Road to Sukhothai 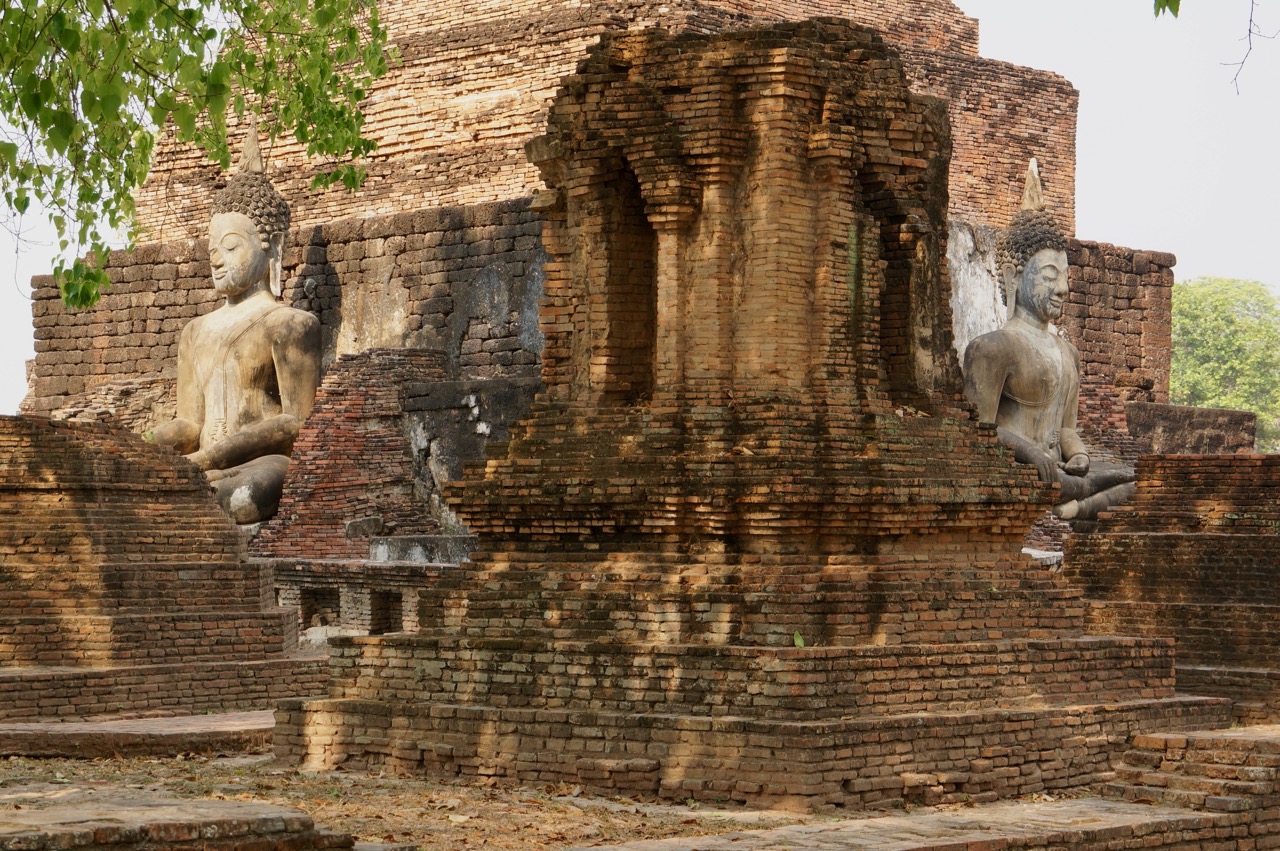 We traveled approximately six hours by bus north to arrive at Sukhothai, meaning the Dawn of Happiness, was a town founded in the 13th century.  Sukhothai enjoyed a golden age under their third king, King Ramkhamhaeng, who was credited with creating the Thai alphabet which consists of 44 consonants and 32 vowels, and five intonations. It’s a tough language!!  Prior to the creation this alphabet, there was no way to document any Thai history prior to the 1300s. It all came from stories told through the generations.

Along the long drive, we were able to see the real Thailand, where 60% of the population is involved in agriculture as a way of earning a living. We stopped at a roadside stand, where a woman was barbecue grilling rice rats, critters that feed off the rice in the fields. All the adults were totally leery, but the four kids on our tour were totally open and excited to try the local delicacy.

Sukhothai became the first capital of Thailand and it most known for the Sukhothai Historical Park, a UNESCO world heritage site complex of many temple ruins.  We took a “saleng”, – little motorcycle with a four seater basket up front to make our way around the park. They were great fun, and we were so grateful for a little breeze to beat the 97 degree heat.

Food here is rediculously inexpensive – $2 for a plate of pad Thai noodles. $7 for a one hour Thai massage.  If we were here longer, we’d definitely be going for massages all the time!