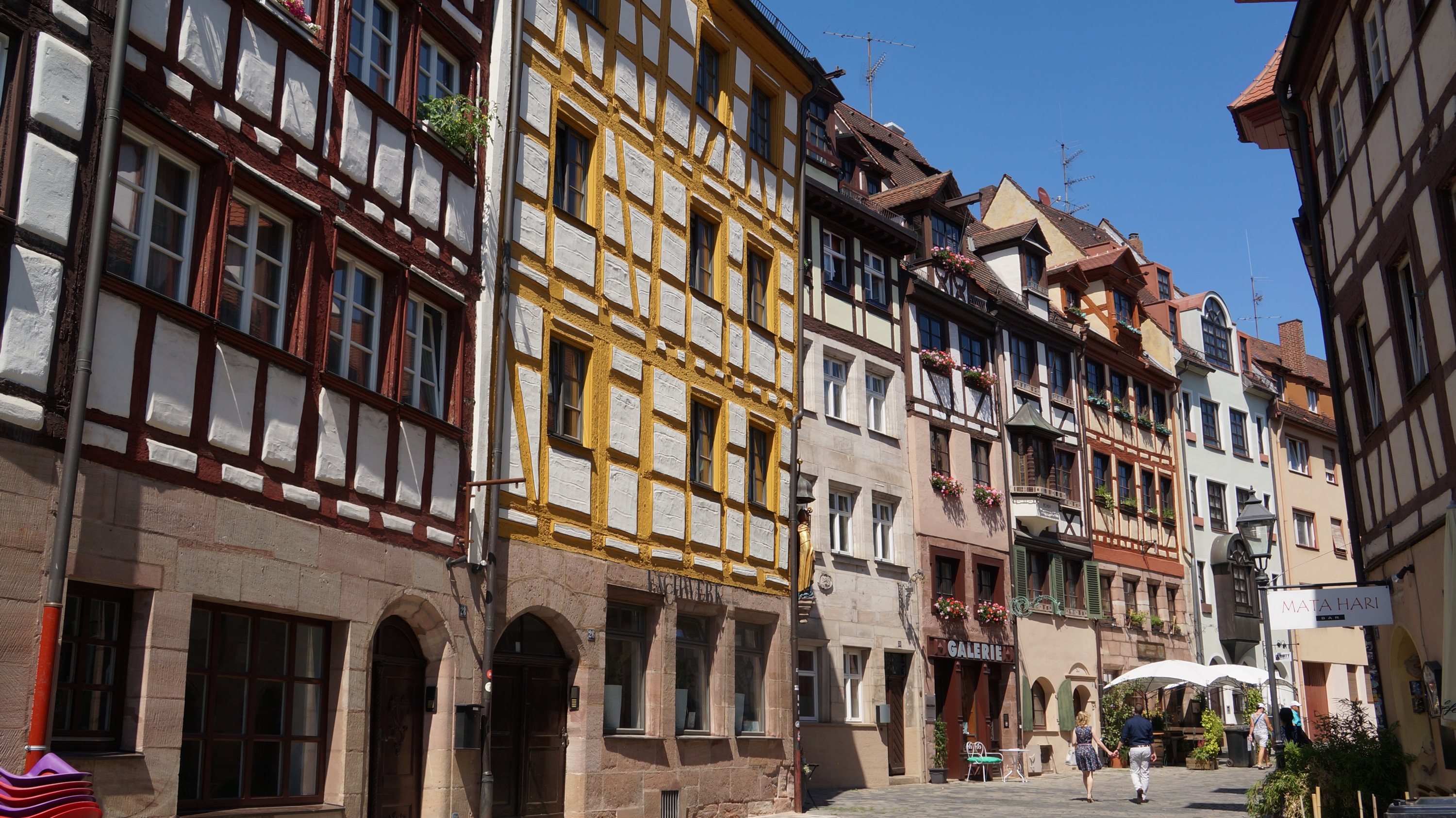 The name of this city probably conjures up all kinds of images of goose-stepping Nazis, fanatical party rallies, and the beginning of the expulsion of the Jews from businesses, and you would be absolutely right.  Nuremberg is the second largest city in Bavaria, and because of its central location in the state, its proximity to the Holy Roman Empire, and the major support from the city council which gave the Nazis a large amount of land, it became the center for the Nazis to hold their propaganda rallies.  After Hitler came to power in 1933, he held week long rallies from 1933-1938 to promote his military extravaganzas.  This brought hundreds of thousands of people to Nürmberg, “the most German of German cities.”

The English RAF first bombed Nuremberg, followed later with the addition of the U.S. Army Air Force, leveling 90 % of the medieval town to the ground in less than one hour during WWII.  Despite this intense degree of destruction, the city was rebuilt after the war and was to some extent, restored to its pre-war appearance including the reconstruction of some of its medieval buildings.  However, the biggest part of the historic structural condition of the old city was lost forever, replaced by less ornate and simplified construction.  War is such a shame for so many reasons…Nuremberg was so charming and delightful before the bombs…

The Kongresshalle was built, modeled after the Roman Coliseum and was designed to seat 50,000 during the Nazi rallies.  It was never completed before the war broke out.   It’s one of the few buildings that remains from the Third Reich. It is now a museum.  The rally grounds are used for outdoor events, like today’s rock concert, where they expect 70,000 people to attend.

The reason that the Nuremberg trials were held in Nuremberg was because there was a prison directly behind the courthouse that were all still standing after the war.  With such top military prisoners on trial, they did not want to risk any problems with transporting them.  Twenty-three were on trial, with no jury, and only judges from England, France, and the U.S.

On a lighter note, there are some truly beautiful sights in Nuremberg.  St. Sebald is a beautiful medieval church, completed in 1275.  It was damaged greatly during the war, but many of the amazing  pieces of art were saved by taking them into the basement during the war.

Nuremberg also has a beautiful town square, with an open air fruits and vegetables market that operates daily beneath a gloskenspiel clocktower. Every day at noon, the figures at the top all become animated and put on a show, and for those four minutes, all activity in the plaza stops to watch and listen to the church bells chime while the figures dance to the music.