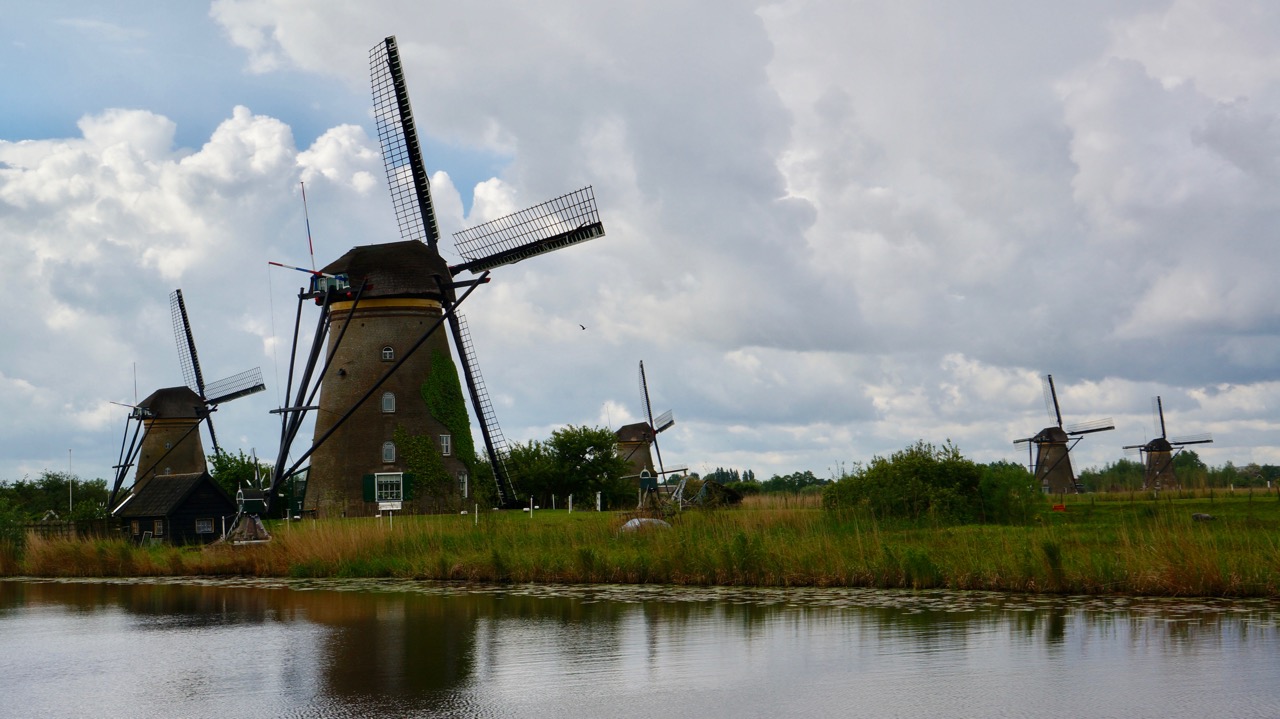 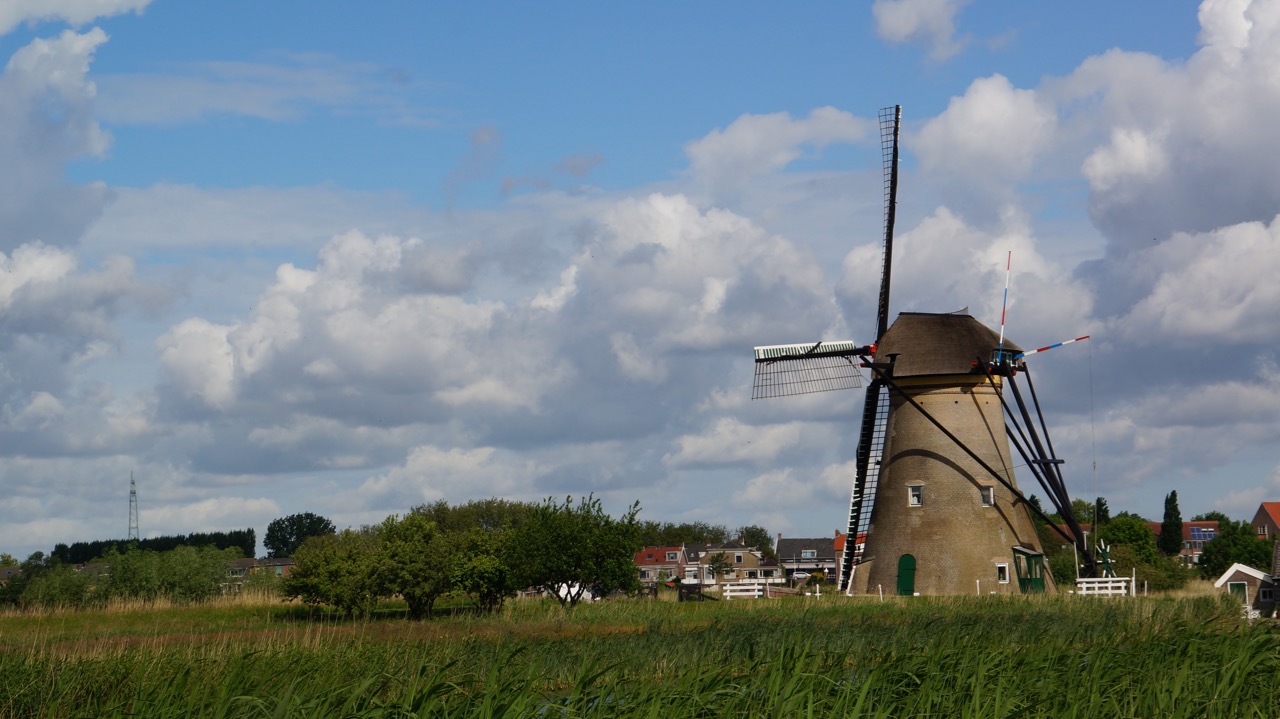 Summers in Holland are pretty chilly…its 48 degrees this morning, and sprinkling, fairly typical for this time of the year. They say that the Dutch are travelers…I think they all just want to go somewhere else to get warm!!

We landed at a UNESCO world heritage site in the little town of Kinderdijk, right outside of Rotterdam, the second largest city after Amsterdam.  The Netherlands is made up of twelve provinces, the two largest being North and South Holland. This special town is known for their beautiful windmills.

One fourth of the Netherlands is somewhere between 8-18 feet below sea level.  Without some type of water management, they would all be under water.  In order to sustain life in these fertile grounds, the Dutch had to learn how to pump the water out of the lowlands onto higher ground, which is what windmills are designed to do.  Windmills essentially scoop water from a low area and move it to a higher area, changing the water level between five and sixteen feet, pumping 16,000 gallons per hour.

Built in 1738, being made mostly of wood, there were 10,000 windmills throughout the Netherlands.  With advanced technology and more efficient ways of managing water, the windmills have decreased to only 900 across the country, with 19 of them being located here in Kinderdijk.  The “miller” who operated the windmills, lived inside with his family.  He was responsible for maintaining the mills, and manually rotating the crown of the windmill so that the blades would always face the wind.  The blades can move up to 100 miles per hour.  It certainly is a tight squeeze inside.  We heard stories of a miller who had thirteen children;  I think he could give the old woman who lived in a shoe a run for her money. 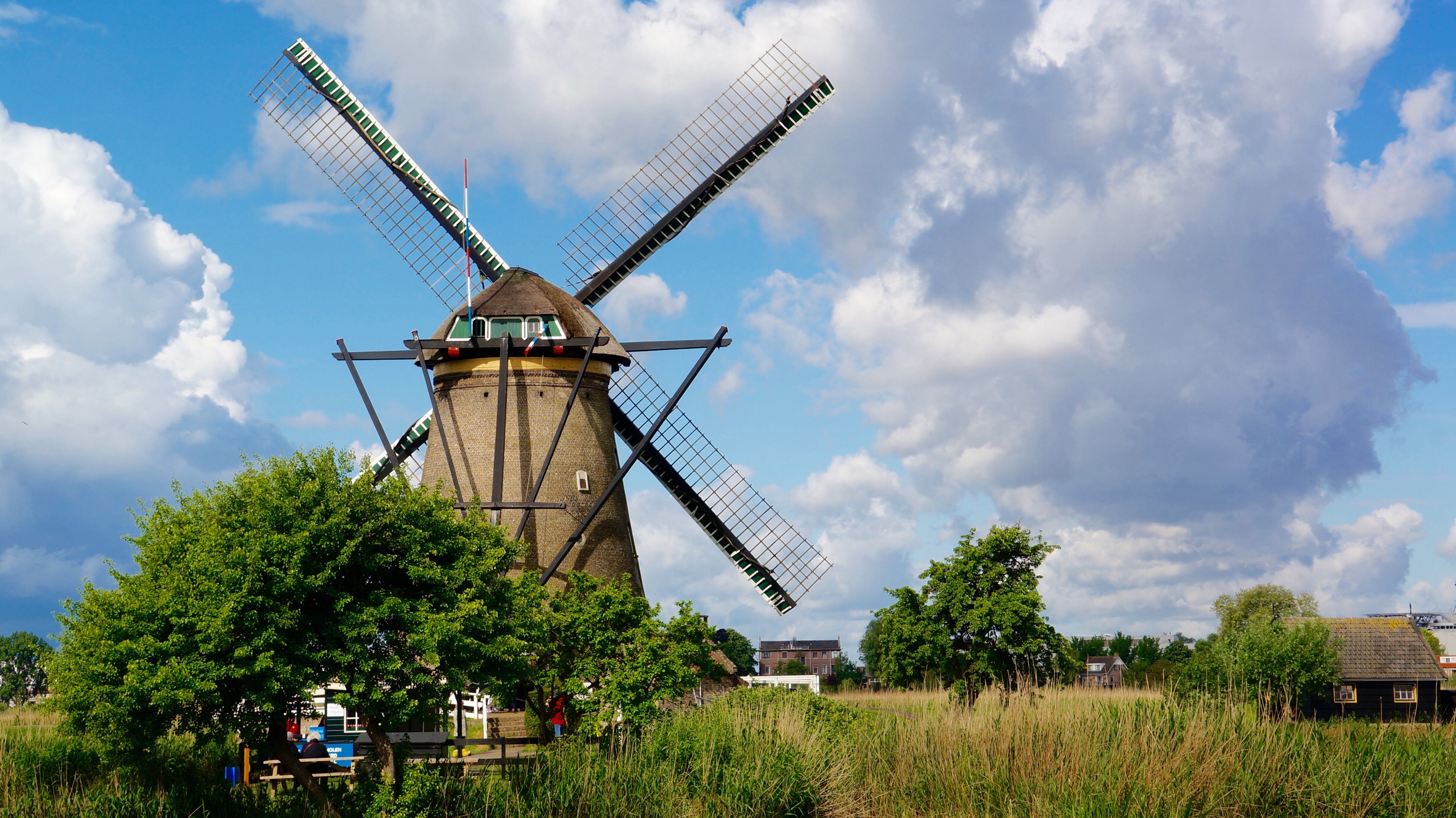 The cost to maintain the windmills today is $15,000 per windmill per year, and $2 million to rebuild one.  They try to maintain the existing windmills as part of the important heritage of their past.  Standing below these majestic windmills, with the sails churning in the wind, certainly makes you appreciate the ingenuity and creativity of the Dutch.