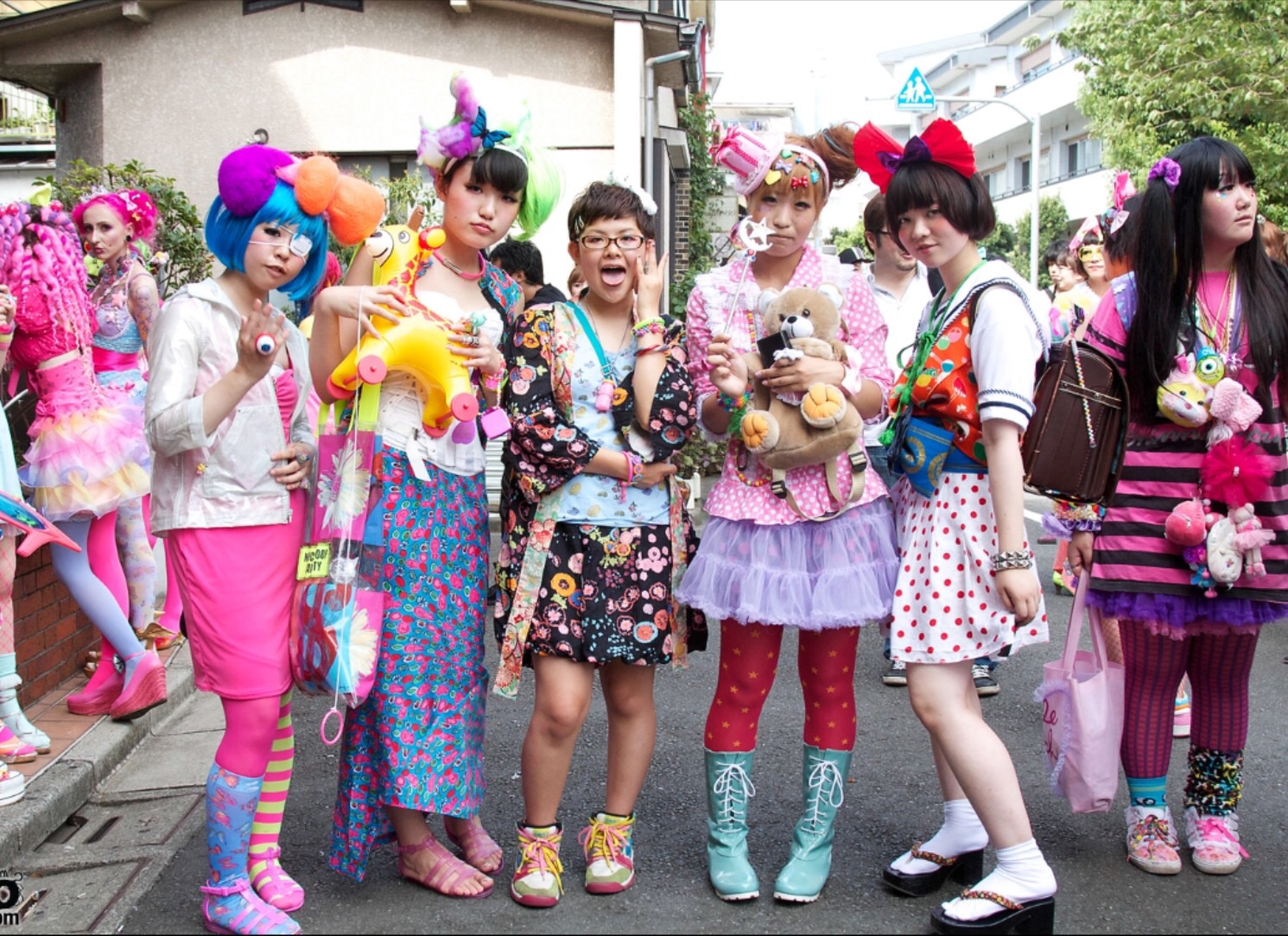 Japan is quite a fashion city.  The women really dress up.  It is rare to see anyone with bare legs…they almost always wear nylon stockings or tights with high heel shoes, even with their shorts!

We got off the metro at the Harajuku stop and found ourselves in a very fashionable, trendy area of town with lots of cool shops and tons of young people walking the streets. We’ve been noticing a fashion trend with a lot of the younger girls all over Tokyo.  Many of them dress and look like baby dolls. Word has it that this was a popular thing to do on the weekends in the Harajuku district. The girls would get all dolled up, and then would go hang out all weekend long. Those days seemed to have come and gone.  It has become less extreme, but more mainstream now.

We are guessing that this look comes from the ever so popular Japanese cartoons called Anime (short for animation). They are so popular (even in the states) that we see grown men reading the comic books on their way to work, and the images are used everywhere in Japanese advertising – magazines, billboards, posters, and girls used in ads all have the anime look.  Even the young men’s hairstyles are influenced by these comic book characters.

The look is characterized by gigantic eyes, heavy bangs, very short skirts and dresses, lacy petticoats, little girl lace socks and baby doll Mary Jane shoes.  Accessorize with ribbons, and bows, charm bracelets, large pupiled colored contact lenses, lots of false eyelashes, color your hair to light brown to blonde, and you’ve got the basic look.  In the Harijuku district, there are entire blocks of stores devoted to the little girl doll look.  And the girls are everywhere in Tokyo.  You can get the inexpensive version for $30 for a skirt, but you can also get a dress for $300.

Even though many parade around for show, some don’t like to have their picture taken, which is why I didn’t get some of the faces, but they were so adorably cute, how could I resist taking the shot.  The majority of these photos are of girls walking to and from the metro station or just around town.  Some establishments use the look to promote their business, but for most part, these girls are just going about their usual day.  It sure makes for fun and interesting people watching.