Xian and the Terra Cotta Warriors 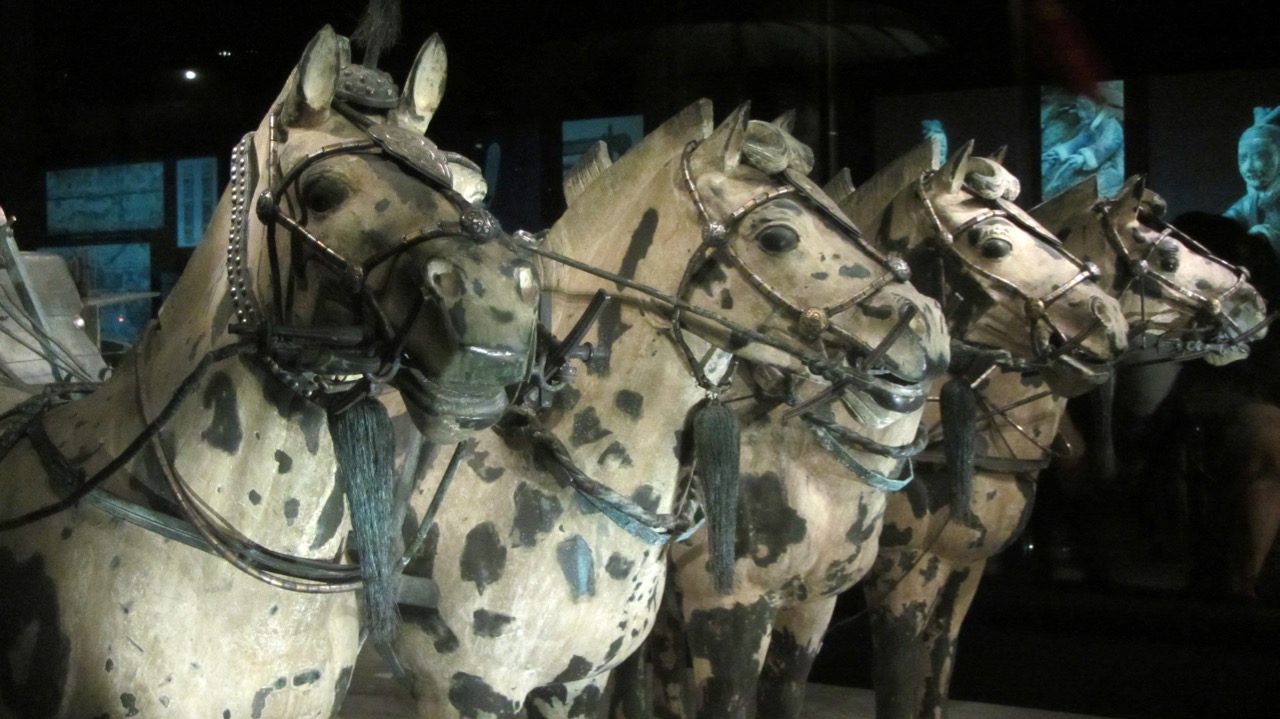 Wow…today was quite a day. We are in Xian, about 1.5 hours south of Bejing by plane. I thought there was nothing here but the terra cotta warriors but there are actually 8 million people in this city and our hotel is next to a rolls Royce dealership, so whatever you think of China, it’s certainly much more advanced and sophisticated than you think.  Again, traffic is horrendous, and I’m so glad I don’t have to drive here.

The warriors…everyone has seen photos, documentaries on tv, heard about them, but you have to be here to feel the magnificence of this experience, of seeing these in person to know how powerful and significant this find is. The first Emperor of China (Qin Shi Heung) came to power because he was the first person to unify the 7 countries that were fighting against each other to create one united China. Because he had fought so many battles, he wanted to make sure he was protected and still had his powerful army of soldiers with him in the afterlife, so he spent the next four decades preparing his own mausoleum. When it was completed, all the workers, and concubines were killed and buried along with the site so that no one would know of the mausoleum’s existence or whereabouts. This all happened in 220 BC!!!! I don’t know of much history that goes back that far except the Bible, so just this fact was stunning to me. Who thinks about what was happening in China way back then? 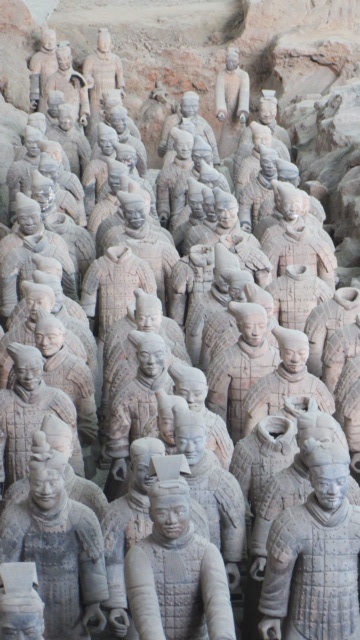 Fast forward to 1974, when a handful of farmers were digging a well, looking for water, when they unearthed some pottery while digging. They immediately called the govt who began excavation to what we now know as the terra cotta warriors. Because no citizen ever owns the land, the farmers got nothing except a new place to live for this incredible discovery. Only one of the farmers still remains, and at 82 years old, and he gets the satisfaction of meeting tourists every day by working in the gift shop, signing autographs, and getting a small percentage for every photo book sold.

Its hard to imagine that all was hidden until from 220 BC until 1974!!! In the largest of the three pits, they have unearthed about 2000 warriors. They estimate that there are about 8000 soldiers all together. They were all painted in color but oxidation has made the colors vanish.

The most amazing pieces are the horses and chariots. Two were reassembled from 1550 pieces, and 3,000 pieces respectively. It took them 8 years to put them back together before being shown to the public. They were made of bronze and gold. For the most part, these soldiers are all life size but it’s sheer massive size of this archeological dig leaves you overwhelmed, stunned, and speechless. Your mind really has a hard time wrapping around what your eyes are seeing.

So Chuck bought a general warrior for his office…we could have bought one in San Francisco Chinatown, but this one has a genuine “made In China” at the official terra cotta factory certificate, and we all know how rare that is!!