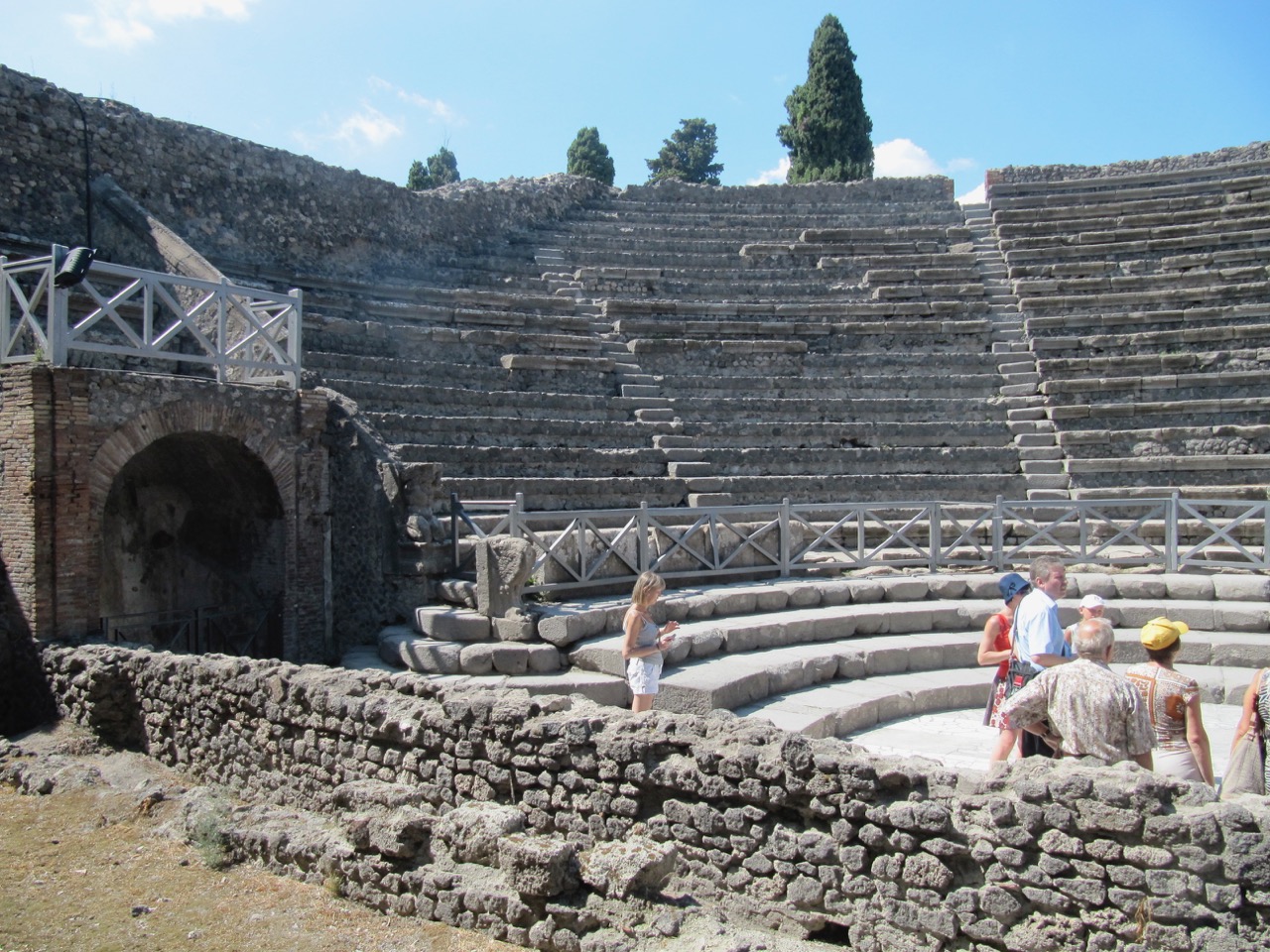 Buon giorno from Italia! After a day and a half at sea,  we have landed in Naples. Sorrento is a charming cute city with the best ice cream!! To get there its an hour drive along this beautiful Amalfi coast. The beaches are really interesting in that they are set up off a cliff, with winding staircases, perfectly aligned striped beach umbrellas, and wooden, striped changing rooms, like a movie from times gone by.

We left civilization to head to the ruins of Pompei in the afternoon. The entire city was buried beneath the ash of the Mt Vesuvius eruption in 79AD. It was only uncovered 170 years ago which is why its in such good shape. These people must have been very wealthy since so many of them had complete fresco painted walls and mosaic tiled floors in every room! I would have fit right in with all the red painted walls in their homes!

It must have happened very quickly…they have casts of people exactly as they died…one guy was sitting down on the floor with his eyes closed and holding his nose trying not to inhale the fine ash that eventually swallowed the entire city under 25 feet of ash.

Of all the ancient ruins we’ve seen, this one really gives you the sense of what an ancient city actually looked like.

Don’t believe everything you hear about the food on cruise ships. Chuck thought he’d go easy so he skipped breakfast yesterday, but had two lunches, the full American buffet, and then the Oriental buffet. It looked so good we had to just taste a few things at the second buffet. Two snacks came later that afternoon, choosing from an array of desserts, and a sampling of sushi while we listened to a motown tribute in the lobby of the boat. Donna called and told us that she and Tom had sneaked up to the buffets which had completely switched the food to an Indian and Indonesian buffet, which was not to be missed. I was laughing at her knowing that they had gone for more food, but on her advice, we snuck up there for a small sample. You try to be good and just taste, but its sooo good you end up going back for one more taste, even if you’ve already eaten and you know dinner is right around the corner. Finally, it was time for the sit down dinner where Chuck and Donna both ate melon fruit soup, asparagus with bacon and hollandaise sauce, a salad, veal ravioli with porcini cream sauce, and the main entree which was austrailian lobster tail with king prawns. If you think that’s a lot…wait!! There’s more! If you finish your entree, you are free to order another! Chuck and Donna both had seconds, and then thirds on lobster tails! You’re not going to believe it, but after all that, they both had dessert too!! Such is a day at sea on a cruise boat. 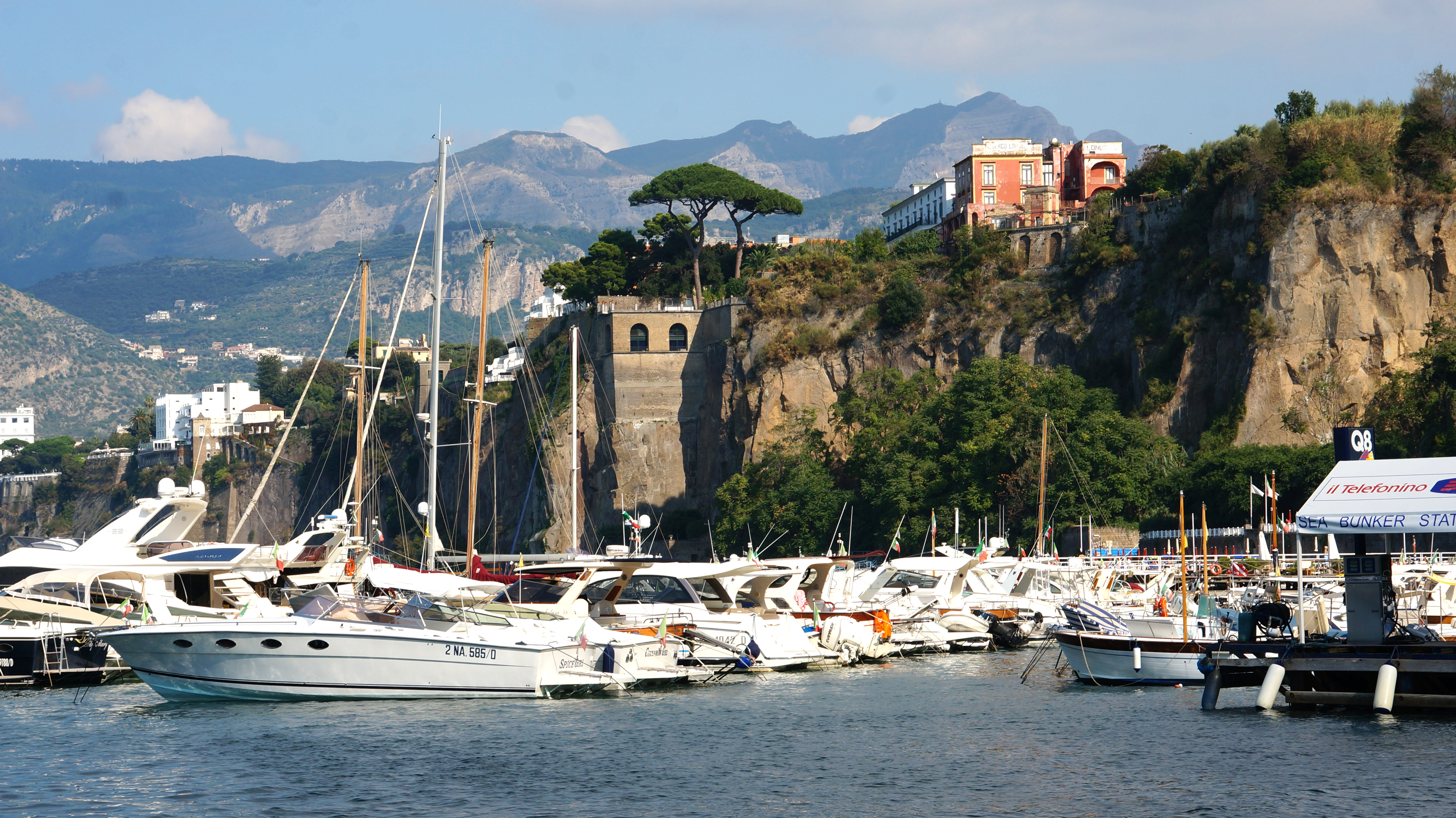 We arrive in Naples, the 3rd largest city in Italy after Rome and Milan.  Like many seaside ports, Naples built..